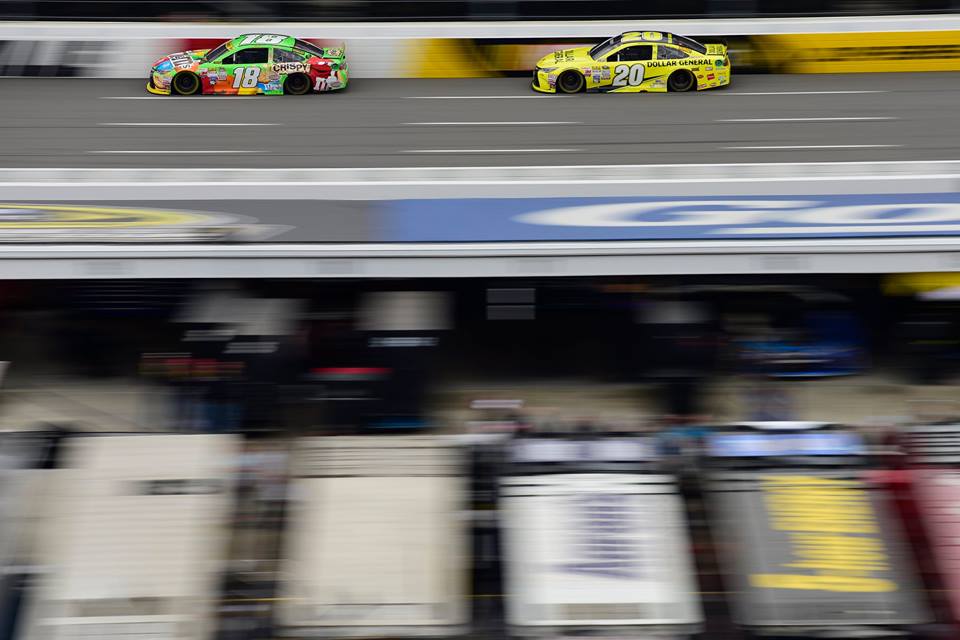 The National Motorsports Appeals Panel heard the appeal at the NASCAR Research & Development Center. Ultimately, the ruling was that Kenseth did not provide sufficient evidence to overturn his suspension or probation. The penalty was issued for his on-track incident last weekend with rival Joey Logano. The appeal was denied after two appeals and the penalty now officially remains in full.

The rotating three-member panel for Thursday’s hearing was composed of Ken Clapp, NASCAR’s vice president of marketing development until his retirement in 1999; Bill Mullis, a former driver and the owner of Langley Speedway in Hampton, Virginia.; and Dale Pinilis, longtime operator of historic Bowman Gray Stadium in Winston-Salem, North Carolina.

Kenseth offered a smile as he arrived at the R&D Center on Thursday morning at approximately 8:10 a.m. ET, followed minutes later by team owner Joe Gibbs for the 9 a.m. hearing.

On Tuesday, NASCAR suspended Kenseth for the next two races in the Chase for the NASCAR Sprint Cup playoffs for his role in a crash with Logano in the late stages of Sunday’s race at Martinsville Speedway. Kenseth was also placed on probation for six months.

Kenseth’s Joe Gibbs Racing No. 20 Toyota, several laps down, made heavy contact with Logano’s race-leading Team Penske No. 22 Ford, sending both cars into the Turn 1 wall. NASCAR competition officials parked Kenseth for the remainder of the Goody’s Headache Relief Shot 500. Kenseth, Gibbs and No. 20 crew chief Jason Ratcliff were each summoned to the NASCAR officials’ hauler for post-race consultation.

Kenseth was eliminated from championship eligibility during the three-race Contender Round in large part because of an on-track run-in with Logano at Kansas Speedwayon Oct. 18. Contact from Logano nudged race leader Kenseth into a late-race spin, ending his bid for an automatic berth in the Chase’s next round.

Kenseth expressed frustration at Logano’s unapologetic stance after the incident, saying he “should have stopped running his mouth, A, and No. 2, he’s lying when he said he didn’t do it on purpose.” Kenseth’s irritation mounted in the two races that followed — at Talladega, when Logano hindered his entry to pit road during a mid-race stop; and at Martinsville as Logano and teammate Brad Keselowski orchestrated their maneuvers in a series of mid-race restarts.

The Penske drivers’ arrangement on restarts was partially to blame for a crash with 65 laps remaining, bottling up the front-runners and snaring Kenseth, Keselowski and Kurt Busch with the most damage. Kenseth’s No. 20 returned to the track after repairs, running at reduced pace before his wreck with Logano at the front of the field.

Joe Gibbs Racing released a statement shortly after Tuesday’s penalty was issued, saying Kenseth would appeal the severity of the punishment.

The penalty concerns the following sections in the 2015 NASCAR Rule Book: Sections 12.1 and 12.8.

The original penalty assessed included suspension from NASCAR until the completion of the next two NASCAR Sprint Cup Series events and placed on NASCAR probation for six months following the issuance of the Penalty Notice.

Upon hearing the testimony, the decisions of the National Motorsports Appeals Panel are:

1. The Appellant violated the rules set forth in the Penalty notice;

2. The Panel affirms and upholds the original Penalty levied by NASCAR.

The panel consisted of the following three individuals: