Uncalled for, any fan who says otherwise isn’t a fan of the sport, they are a fan of drama. That is apparently every fan in the stands at Martinsville Speedway. This is not demolition derby. Riding the gas pedal and trying to put a NASCAR competitor through the ‘safer’ wall and into the grandstands has no place in the sport. 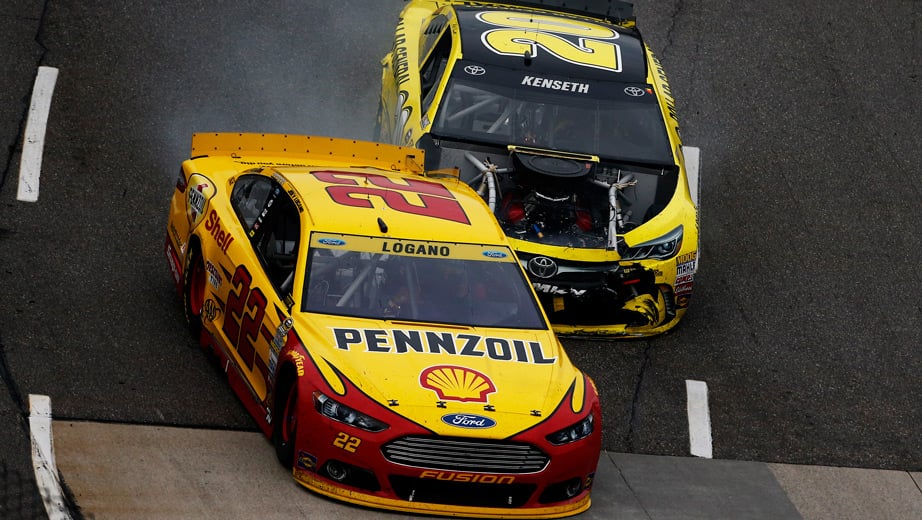 Drama can be found on most tv networks between 7 and 9pm. Those fans should search for drama via their network tv set, not on a racetrack.

There’s a real argument that Joey Logano had it coming, just not like this. Rewind a few weeks, Matt Kenseth and Joey Logano were battling for the lead and the win in the final laps at Kansas Speedway.

Joey Logano already had a win. He didn’t need to win Kansas to advance into the next round of the chase, Kenseth needed a win. Desperation was shown and the #20 car threw a block in all directions to hold the lead from Logano.

Logano pushed him into the corner and Kenseth spun. That is far different from wrecking someone on purpose. Logano did not drive into turn 1 with a plan to wreck Kenseth. He drove into turn 1, gloves off and ready to take the lead away. When Kenseth threw the block he gave Logano the green light to fight that way.

The #22 went on to win that race at Kansas and the next one at Talladega SuperSpeedway. Now, Martinsville is the start of the Eliminator 8 round. The points are reset.

Kenseth is out of the battle and Logano again needs a win to advance. He’s in position to do so after dominating most of the race at Martinsville Speedway.

However, Matt Kenseth is battling with Brad Keselowski, a duo that have had had their own set of issues in the past. The battle was for 2nd. The field was bunched as the two Penske drivers had a plan to let each other in on the restarts, bunching up the field.

RELATED: Brad Keselowski vs Matt Kenseth and Everyone Else At Charlotte

Keselowski gets bumped from behind by Kurt Busch, he’s pushed into Kenseth. Now Keselowski has damage and jumps up the track. The second connection spins Kenseth in front of the field. Multiple drivers are collected in the big one at Martinsville Speedway.

At this point Matt Kenseth has blood boiling, in his mind it’s due to another Penske Racing driver. He returns his mangled machine to the garage and returns to the racetrack. The only mission is to take out somebody.

Joey Logano who had nothing to do with the previous incident is in his mirror. Kenseth starts turning green. He’s overly excited.

The dominating car begins to drive right passed the mangled and multiple laps down Kenseth machine. Instead of jumping on the brakes in an attempt to actually manage the corner, Kenseth hits the gas.

Where’s he going? Matt Kenseth attempted to put the leader Joey Logano into the grandstands. This is uncalled for.

Wow, did I just see that?

I completely understand tangling between two drivers battling for position. It’s even ok if it’s aggressive driving due to previous instances. However, under no circumstances should a multiple laps down car ever tangle with the leader of the race.

It’s a chicken-you-know-what move to completely take out the leader when your race is over. We’ll move on. We’re going to work hard and we’re going to get our car back out there hopefully. We’ve just got to go win.

Furthermore, no drivers should ever wreck other cars on purpose. Tough and aggressive racing is one thing, bumping is perfectly fine. Making it near impossible for someone to pass you is perfectly ok, if it’s justified. However, blatantly wrecking another driver on purpose and trying to put them into the grandstands is totally uncalled for, even if it’s in retaliation.

Matt Kenseth’s right front was not down. He’s just giving himself a leg to stand on in case NASCAR decides to put the hammer down on him and/or Joe Gibbs Racing. I think Kenseth not owning up to what everyone else saw, including himself, just makes it that much worse. It was blatant, a lapped car flat drove to leader into the wall. There’s not much room for argument. 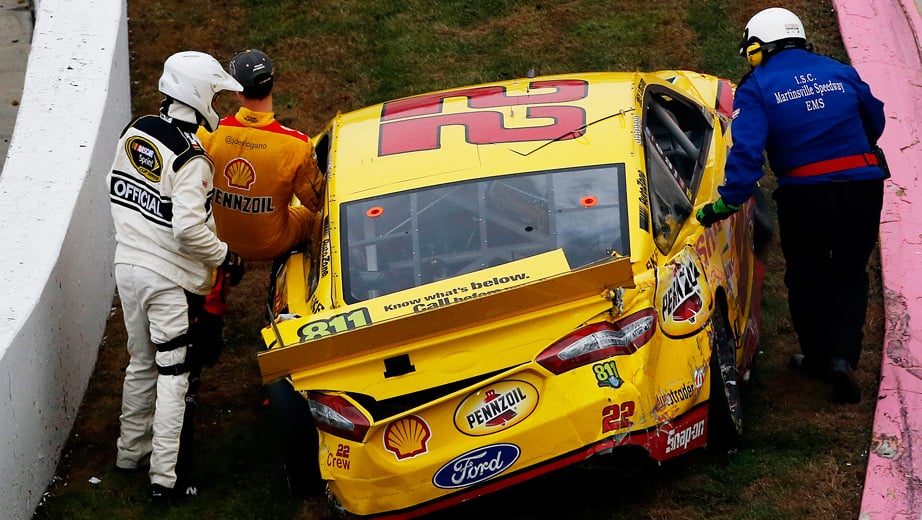 This is nothing new but that doesn’t make it ok. See the post I wrote in 2012 on ‘Boys Have At It‘. However, I think it’s time NASCAR stepped in and reset the rules. Boys have at it has run it’s course and this is the clearest vision of that.

I expect a harsh crack down on Matt Kenseth come Tuesday. I guess the NASCAR Sprint Cup Series ratings drop will come to a temporary halt. I’m sure NASCAR really likes that. I would assume that would be the only reason for a lack of penalties issues Tuesday.