Kyle Busch won the final race at Homestead-Miami Speedway. That put him at the top of the 2015 NASCAR Cup Series Standings at season’s end.

Kevin Harvick nearly made the top of this NASCAR standings list. However, he came up just short running 2nd to Kyle Busch in the final race of the season. 2nd in the race put him 2nd in the championship.

This was a special year as it was the final season for NASCAR Legend Jeff Gordon. The Hendrick Motorsports driver made a late race charge at Homestead-Miami Speedway. However, he came up just short and would claim 3rd in the championship standings at the end of his final race.

Check out the full mobile friendly version of the 2015 NASCAR Cup Series Standings below. 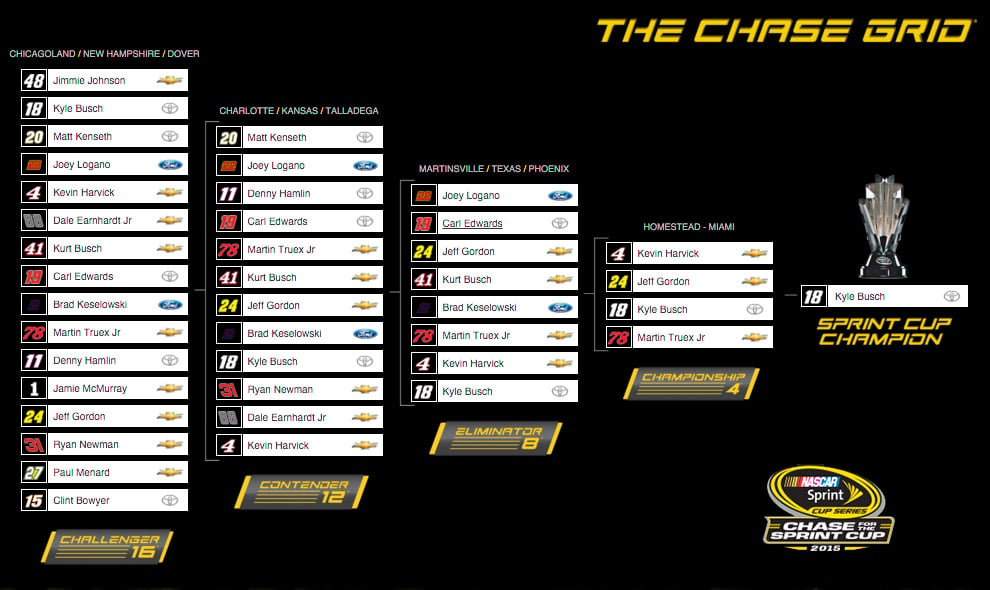