Jacksonville, North Carolina (8 December 2015) – There will be a full slate of new Stevenson Motorsports equipment to work with. However, the drivers and crew behind it will be be very familiar as Stevenson Motorsports prepares to move back up to IMSA WeatherTech SportsCar Championship competition in 2016.

Stevenson Motorsports will be utilizing the new Audi R8 LMS platform in GTD class competition for a two-car campaign.

2015 IMSA Continental Tire SportsCar Challenge champions Stevenson Motorsports will feature the same strong driver line up for the full-season effort following the finalization of the 2016 driver categorizations by IMSA.

The 2016 IMSA season will be the third consecutive as co-drivers for Davis and Liddell as Bell and Aschenbach team for a second straight year.

The team, which is based in Jacksonville, North Carolina and has been an active participant in the sport with over 30 race victories, has shown strength no matter what the category. With a well-gelled team that has worked together for years, the move to the GTD class will build on that strong operational execution as the team enters the highly-contested GT3-based class in 2016. 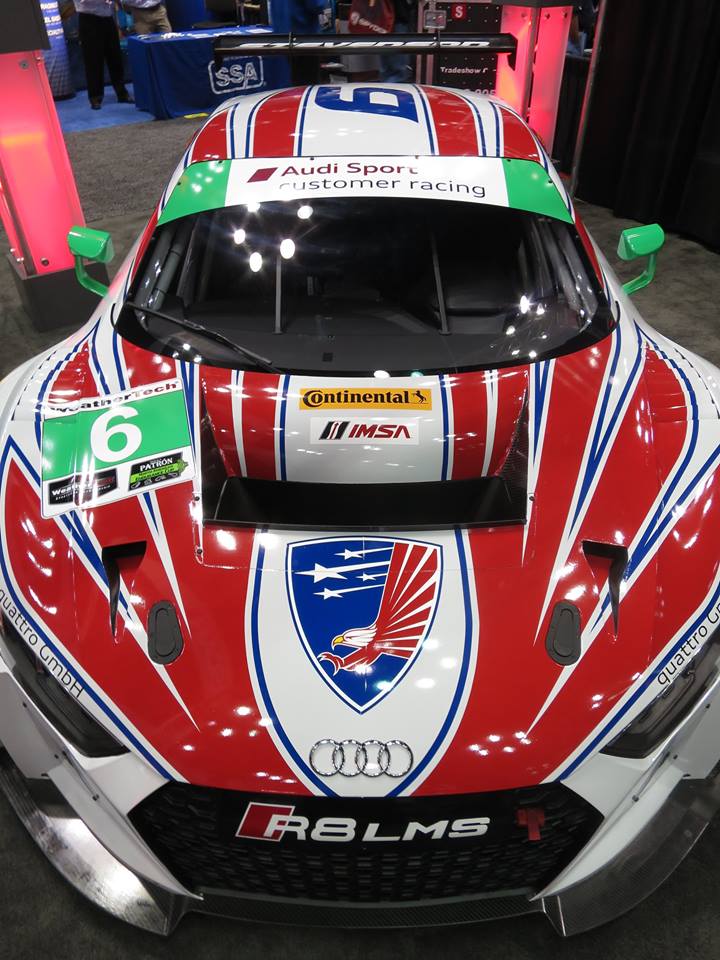 “We are really happy to be able to keep these four guys together for our move up to WeatherTech in 2016,” said Team Owner John Stevenson, who himself raced to a GT class podium in his racing debut in 2003 at Watkins Glen. “A lot of our crew has been with us for a long time, and it shows with how well they operate as a team. This is going to be a very competitive championship, so having a great team behind Andrew (Davis), Robin (Liddell), Matt (Bell), and Lawson (Aschenbach), hopefully that will help us get off to a good start in the 24 and be competitive all year long.”

The No. 6 Stevenson Motorsport Audi R8 LMS will break cover this week at the Performance Racing Industry show as part of the combined IMSA and NASCAR display.

With support from Audi Sport customer racing, Stevenson Motorsports will make its first official outing with the Audi R8 LMS at the Roar Before the 24 test at Daytona International Speedway in January.

The team will announce its endurance line up ahead of the Roar Before the 24 which is set to begin on January 7th.