After a productive three-day test at Daytona International Speedway with the team’s new Audi R8 LMS, the Stevenson Motorsports driver lineup has been finalized for the 2016 Rolex 24 At Daytona.

The annual Roar before the 24 test days marked the first laps for Stevenson Motorsports in their twin Audi R8 LMS machines, and adding a brand new driver lineup in the No. 9 car only served to highlight the strength of the team as the they made the most of the three-day test weekend.

“It was amazing to have the chance to test with Stevenson Motorsports and be confirmed for the race,” said Vautier who brings a wealth of racing experience ranging from IndyCar to the European Blancpain GT series. “I am very happy and grateful for this chance. The car is really good, I really like the Audi R8 LMS. I am very confident about Stevenson Motorsports and their abilities. With all of their experience and everything they have achieved, they are an amazing team to be able to work with for this famous race. We also have a really solid driver lineup, everyone is fast and Kenny (Habul) has been very impressive considering it’s his first experience in a GT3, especially around Daytona, so it has been a really great experience.”

Dion von Moltke is a valuable asset to the team, having won the 2013 Rolex 24 At Daytona with Alex Job Racing in an Audi R8 GRAND-AM. 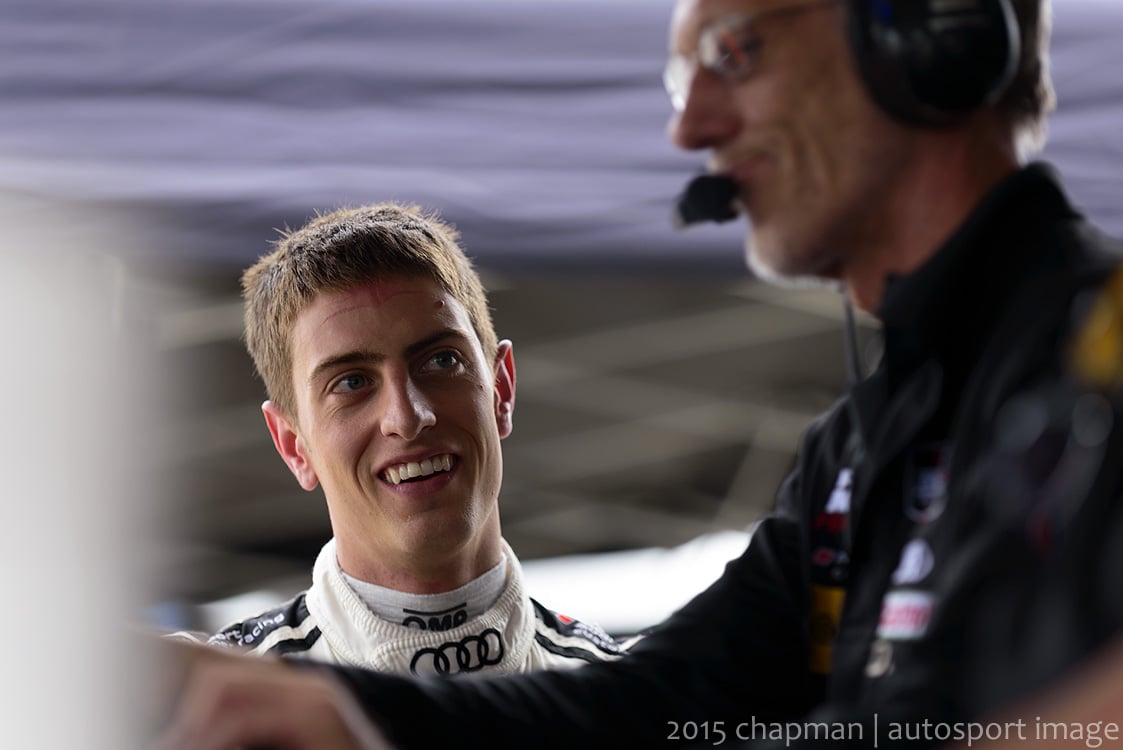 “This will be my eighth consecutive Rolex 24 At Daytona now, which is crazy to think about to be honest, but it is a special weekend for every driver and this is going to be a special year here in GTD,” said Von Moltke. “Usually there are around six or seven cars that have a realistic shot at winning the race but in this field there seems to be more like 15 or 16 cars that are just excellent with good teams, good driver lineups and good cars. Obviously I’m still learning about Stevenson Motorsports but I honestly think we have one of the best teams in the paddock. I am really impressed so far, they have the mindset that it takes to really go through the race and fight for a win. I also have great teammates as well.”

The No. 9 Sun Energy1 lineup will join the brother No. 6 Stevenson Motorsports Audi LMS entry of Robin Liddell, Andrew Davis, Matt Bell, and Lawson Aschenbach set to drive the No. 6 to kick off the 2016 IMSA WeatherTech championship.

“Both Dion (Von Moltke) and Tristan (Vautier) are great additions to the Stevenson team and we are really pleased to add them as we re-enter WeatherTech competition for the Rolex 24 At Daytona,” said Team Manager Mike Johnson. “We had both of them in the seat at the Roar and they both were right on it from the very first few laps. It was a busy and important weekend for us as a team with a lot of variables including the new car, but both guys really stepped up and fit in seamlessly with Boris (Said), Kenny (Habul), and the rest of the team. So we are very happy to have them on board and are looking forward to the race!”