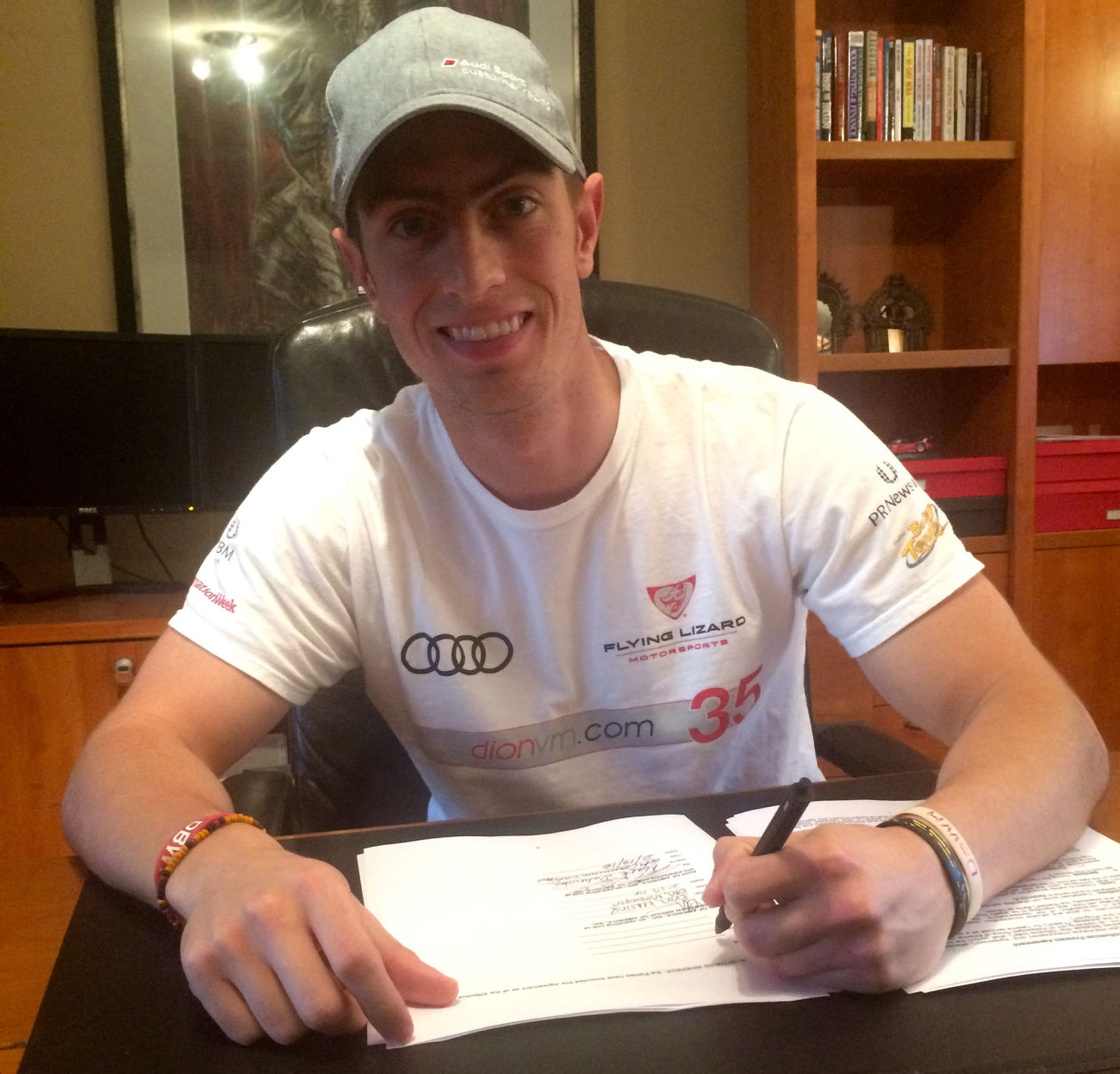 Dion von Moltke, who over the past four seasons has become the most experienced American driver behind the wheel of an Audi R8 LMS, now officially joins Audi of America as Sportscar Brand Ambassador.   von Moltke’s new role will see him extend his professional abilities on and off the racetrack.  As the winner of several races, most notably the 2013 Rolex 24 at Daytona, von Moltke will be able to apply his unique experience behind the wheel of the R8 LMS at major US automotive trade shows, Audi driving experience events, and other Audi events across the nation.

“Every driver who participates in Sportscar racing has the ultimate goal to align themselves with and also represent a manufacturer,” said von Moltke.  “I have absolutely loved my time working with everyone at Audi of America as well as all of my colleagues at Audi Sport customer racing in the US and in Germany.  I knew right from the start that I needed to not only be quick and distinguish myself in the car on the track, but also be someone who could professionally represent the brand away from the racetrack.  I am ecstatic and proud to join Audi of America in this role and look forward to working with Audi dealers and customers.”

von Moltke has already experienced many highs in his partnership with Audi — some of which feature winning the 2013 Rolex at Daytona 24 Hour (Audi’s first win at the famed race), capturing four poles on the way to finishing third in the 2015 IMSA Tudor Championship GTD Class, and was also featured as keynote speaker at the 2015 Audi Club’s year-end event at Sonoma Raceway.  His resume includes 12 Sportscar wins, 28 podiums, 94 top 10 finishes, and he is also a double winner of the legendary Sebring 12 Hour race.

”We are very happy to have such a strong partner both on and off the track,” said Erin Keating, General Manager Audi Sport customer racing at Audi of America. “Dion brings a unique perspective that gives a taste of what it is to drive at the limit and can convey that to our customers, dealers and event guests. “

Dale Earnhardt Jr on the brand of a race car driver