The RETNA Art Car was a canvas provided ANSA Motorcars. They provided the 2007 Ferrari F430 Challenge Tribute to NART (North American Racing Team) car to Artceleration TM to be used by renowned artist RETNA to create a unique “One of a Kind” piece of Artwork.

The RETNA Art car will be on display for the Artceleration Event taking place during Miami’s ART BASEL 2015.

The ARTCELERATION’s art cars will be auctioned, and a major portion of the proceeds will benefit Miami Children’s Health Foundation of Nicklaus Children’s Hospital and University of Miami Miller School of Medicine.

The creation of this RETNA Art Car will be one of three cars produced by Three Artists in a limited collection for the Collector and Enthusiast alike.

ANSA Motorcars, headquartered in a new 30,000 square-foot, state-of the-art facility in Miami, Florida, is a high-end, luxury automobile consortium with the ability to enhance the lifestyle, enjoyment, pride of ownership and satisfaction of discerning automotive enthusiasts.

ANSA Motorcars sells, services, and stores cars in a secured climate-controlled facility with concierge service. The unique, bespoke design and tuning department is where you can upgrade and transform your current car into the car of your dreams. Clients can explore their driving potential in a highly customized motor sports program.

About the Artist – RETNA 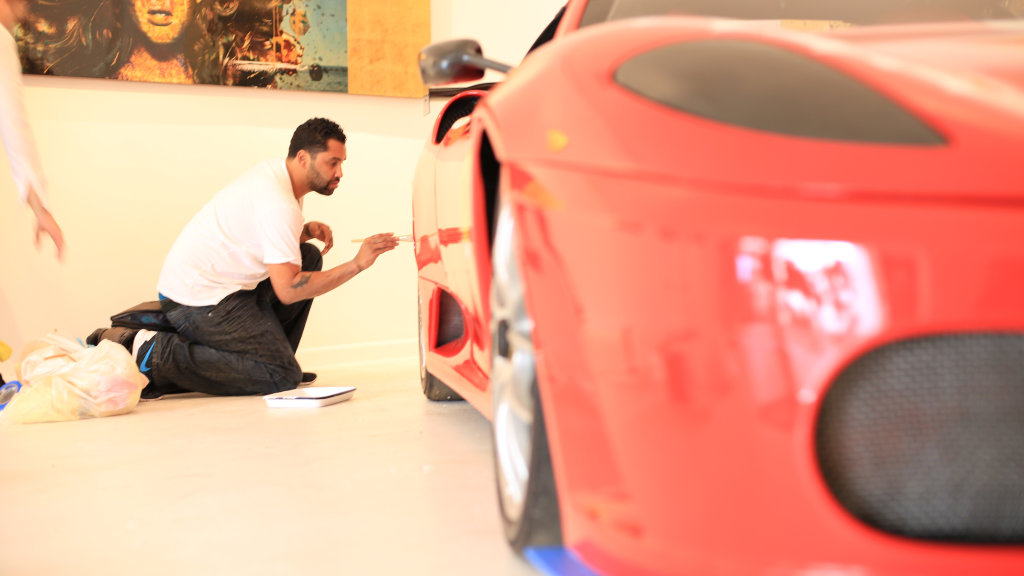 Influenced by Egyptian hieroglyphics and calligraphy from the Middle East and Asia, RETNA is a world-renowned graffiti artist creating highly distinctive and widely collected art.

Blending photography with painted graffiti lettering and combining elements of the past, present and future RETNA’s work appears complex, beautiful and captivating.

Celebrity commissions have included creating a portrait of Marvin Gaye for Usher, the upcoming album cover of Justin Bieber as well as for Louis Vuitton an original work on the building’s exterior walls, a first for the luxury brand. VistaJet commissioned Retna to decorate the tail fin of the VistaJet Global Express XRS with his signature script. 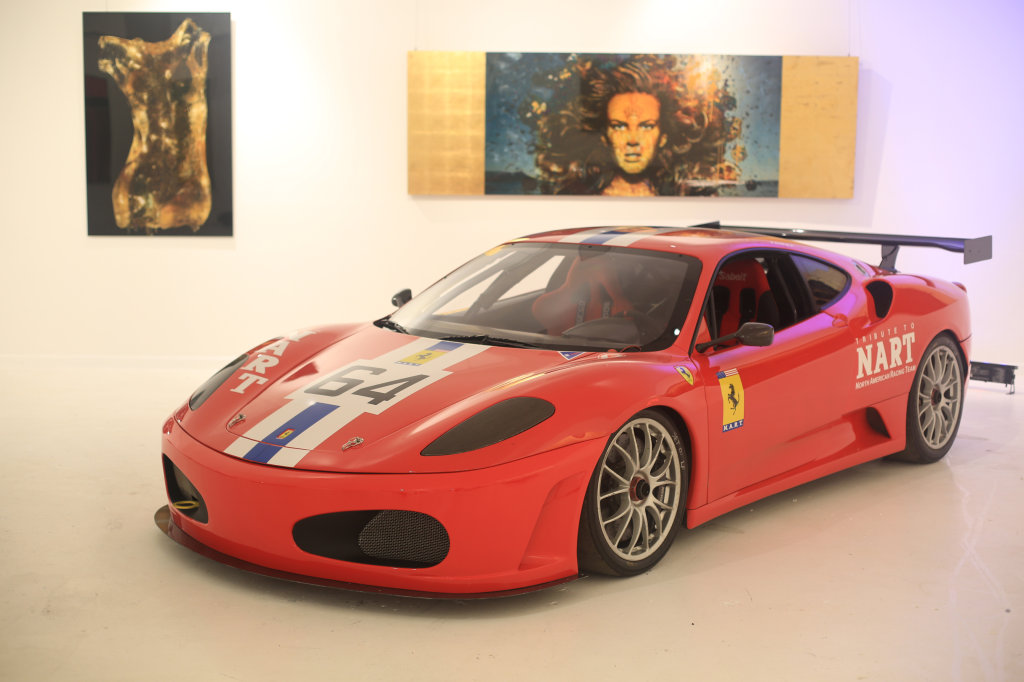 This 2007 Ferrari F430 Challenge Car is finished in Red with a black Interior. ANSA Motorsports created this Tribute to NART in their facility out of Carbon Fibre.

The car was used in the Ferrari Challenge Series. The original paint scheme was a tribute to NART (North American Racing Team).

The Majority of the car is made of custom fabricated Carbon Fiber parts.

The rear deck lid, doors, front fenders, hood, front n rear bumper, rear diffuser, side mirrors, dash board are all in Carbon Fiber, leaving only the roof and rear fenders in their original Aluminum.

The RETNA Art Car has approx. 7000km on the Engine and Gear Box. A true lightweight version and one of a kind performance Ferrari race car.