Tony Stewart talks ATV accident using the streaming platform Periscope, watch the video below. He also showed the six scars on his back from the surgery.

The video took place while rehabbing on a treadmill Friday morning. The live video broadcast was done just prior to his Stewart-Haas Racing team conducting a news conference. That conference named Brian Vickers as his replacement in the #14 Chevy for the Daytona 500 at Daytona International Speedway.

“We are doing much better,” Stewart said during the Periscope video chat with fans. “We’re starting to get the pain under control and just didn’t want everybody to think that while everybody was at Daytona today that I was sitting on my ass here in Charlotte. … Walking feels pretty good for my back right now.”

He’s injured but Tony will always race something. “I’ve been racing RC cars just to get out of the house”

Stewart talked briefly about his ATV accident from a few weekends ago. He said he was left for two hours in the sand before his friends realized he was missing and hurt. Jeff Gordon, Ray Evernham and Greg Biffle were among those with him on the trip. 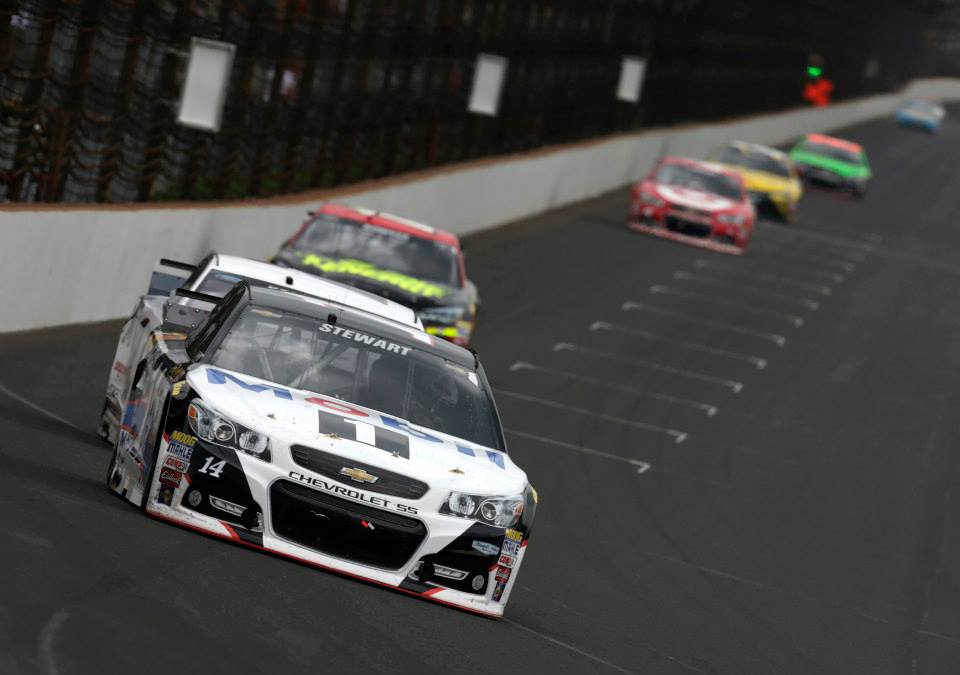 “I didn’t hit the wrong dune,” Stewart said. “I just went over one and just nose-planted into the bottom of it. It was about a 20- to 25-foot drop. It wasn’t exactly what I had planned when I went over the lip of it. I didn’t think it was straight down on the other side. … I’ve never been hurt so bad running 5 mph in my life.”

Tony Stewart is likely will miss two to three months of his final NASCAR season, according to doctors who were familiar with an L1 vertebra injury.

He also talked about his dirt racing plans for 2015. “I probably won’t get to as many dirt track races as I’d like to this year”

Tony Stewart also made it clearhe would not return to race in 2017 despite missing part of his final NASCAR season.

“I’m not doing another season since this happened,” Stewart said. “I made my decision, and that’s it.” SHR executive vice president Brett Frood said Vickers is expected to do more races but there is the possibility of another driver getting in the seat before Stewart’s return.