Tony Stewart in the hospital with a ‘serious’ back injury as Stewart-Haas Racing confirms the news. Tony Stewart was set to begin his final season of NASCAR Sprint Cup Series competition this year. It is still unclear just how serious the Tony Stewart back injury might be.

Several sources have reported that Tony Stewart was riding an ATV when it all went wrong. At some point, Stewart’s buggy flipped, sources said.

Tony Stewart was then airlifted to a local hospital after the ATV rollover. The ‘non-racing incident’ as described by Stewart-Haas Racing, took place at on property of the car collector who made National headlines last year at the Barrett Jackson auction.

The NASCAR stars then traveled to the California home of car collector Ron Pratte on Sunday. Many spent time driving sand buggies on land owned by Pratte in the Glamis Sand Dunes. 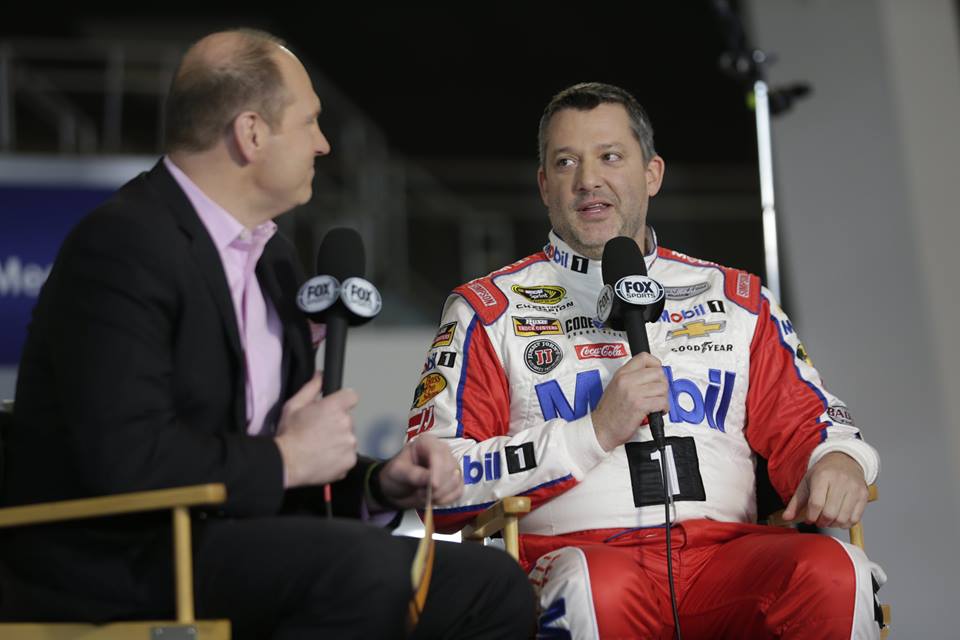 The first official points race is the Daytona 500 which will be February 21st. It’s still unclear if Tony Stewart will miss his final Daytona 500 event.

Ron Pratte sold a lot of his car collection at the auction last year. He took $40.44 Million alone at the 2015 auction, in trade for precious automotive machinery. This massive collection help break the world record in automobile sales last year.

Many follow NASCAR drivers have announced their support and well wishes as Tony Stewart battles the back injury.

Tony Stewart, driver of the No. 14 Chevrolet for Stewart-Haas Racing in the NASCAR Sprint Cup Series, sustained a back injury in a non-racing accident Sunday afternoon.

Stewart was transported to a local hospital following the accident and is currently being evaluated. Stewart is awake and alert, and able to move all extremities. An update will be provided Thursday afternoon when more information is known.

Cody Ware Back Injury – NASCAR Driver Pulls Himself from Lineup