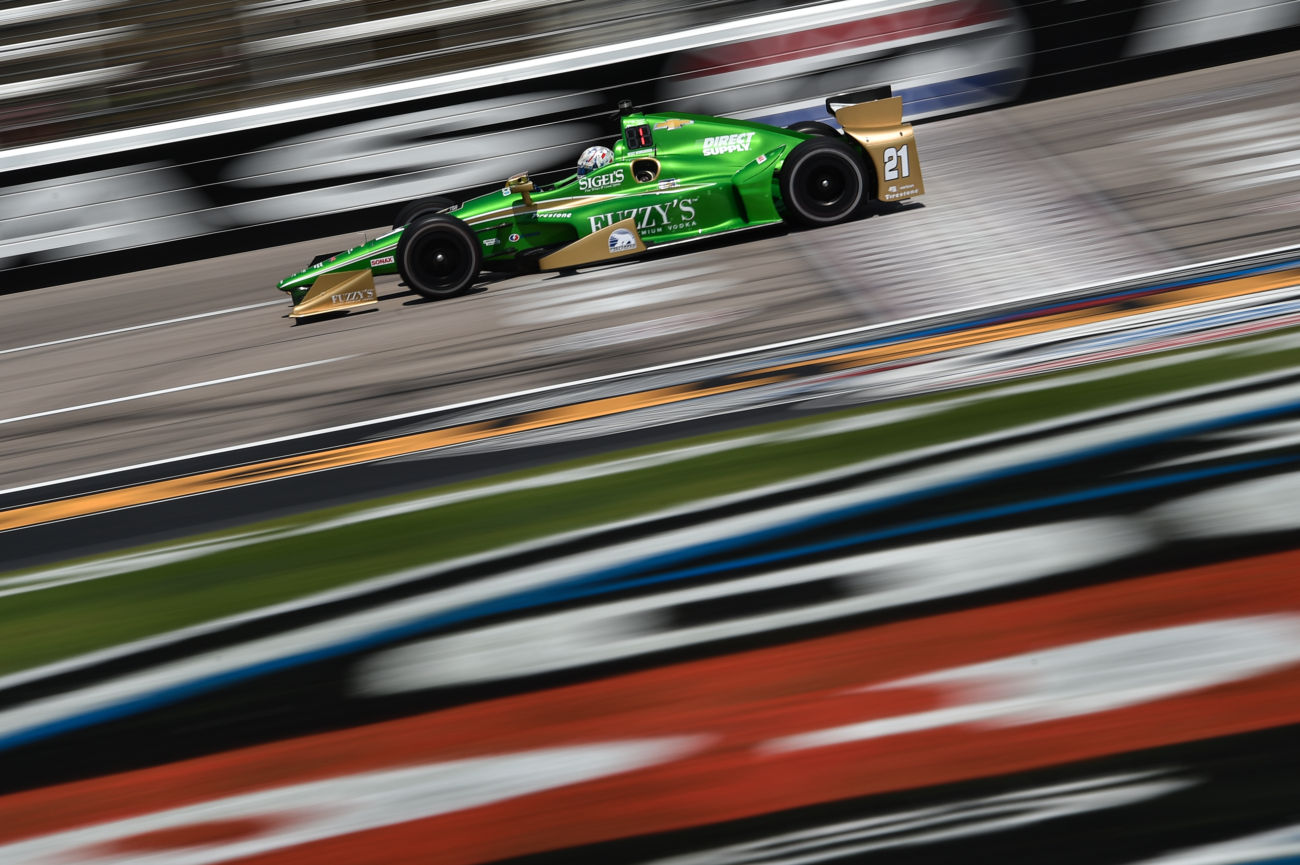 The Conor Daly and Josef Newgarden crash took place at Texas Motor Speedway in the Verizon Indycar Series event. Josef Newgarden was airlifted to an offsite hospital with injuries.

The two Indycar drivers grew up racing together. Both of their careers started in karting, at the same Indiana track. New Castle Motorsports Park, a karting track near Indianapolis featured garages for both Newgarden and Daly in their early career. Their racing careers nearly parellel each other as they have both landed at the top step of open wheel racing in America.

Daly got loose off turn 4 with Newgarden on his outside. With nowhere to go, Josef Newgarden lost both front wheels after contact from Daly. A pure racing incident that couldn’t really be avoided.

Without any front end stability the car barrel rolled down the front straight away. No brakes, Josef Newgarden went sliding top side first into the outside wall.

It’s one of the scariest impacts to see in any racecar. The worry is raised when we are talking about an open cockpit machine such is the case with the Indycar chassis.

You can watch the scary Josef Newgarden crash video below.

Thoughts of the best are sent to Josef Newgarden and his family.

The Texas Motor Speedway race was postponed after 71 laps due to weather. However, the race will resume on August 27th.

The Firestone 600 may have been postponed due to lingering wet track conditions at Texas Motor Speedway, but Verizon IndyCar Series drivers still made the night memorable for many of the patient fans at the track.

Verizon IndyCar Series driver Josef Newgarden sustained a fractured right clavicle and a small fracture on his right hand in an incident in today’s Firestone 600 at Texas Motor Speedway. Newgarden, driver of the No. 21 Chevrolet for Ed Carpenter Racing, collided with the Honda of Conor Daly of Dale Coyne Racing on Lap 42 of the race and was airlifted to Parkland Memorial Hospital in Dallas. The race was suspended by rain after Lap 71 of the scheduled 248-lap event.

According to  Dr. Geoffrey Billows, INDYCAR medical director, Newgarden is expected to be released from the hospital tonight.

“Thank you to Dallara, INDYCAR, the Holmatro Safety Team and everyone we work with at Texas Motor Speedway,” Newgarden said. “The car held up great and the response from the safety team was amazing. I’m banged up a little bit but I’m generally OK. That’s all thanks to INDYCAR and all the work everyone within the series does. I am feeling a little pain but I hope to be ready to rock and go again soon. We had a great car today, it just did not go how we had planned. I feel bad for both Conor and myself but I’m glad Conor is OK as well. I’ll be back out there fighting as soon as I can. Luckily I am all right, thank you again to everyone who helped me.”