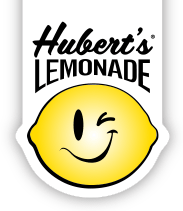 Jim Dunn Racing will unveil the Hubert’s Lemonade Funny Car during a retail display at the Menards store, in Sandusky, Ohio on Thursday, June 23, then race the car this weekend at the NHRA Summit Racing Equipment Nationals in Norwalk.  Two weeks later, the car will be on display for residents of Morris, Illinois at the Menards store there on Thursday, July 7, then compete at Route 66 Raceway in Joliet, Illinois that same weekend. 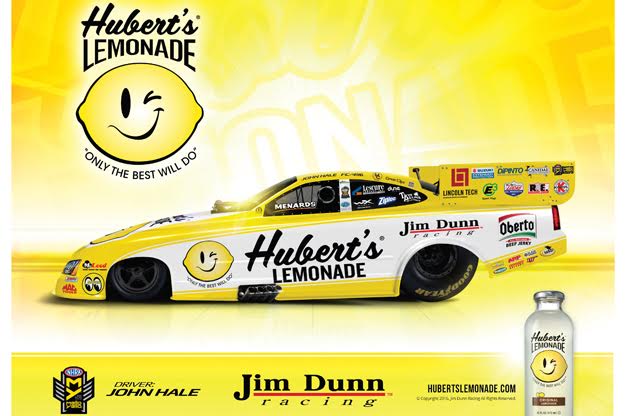 Hubert’s Lemonade, which launched as a brand in 2011, was named after founder Hubert Hansen who started the beverage business in 1935.  Now part of the Coca-Cola family, Hubert’s is growing rapidly thanks to new retail channels like the 300 store mid-west chain of Menard, which sells a tremendous amount of lemonade in glass bottles.

Jim Dunn Racing team manager, Jon Dunn, commented on how proud his father Jim Dunn is to bring another great brand into NHRA drag racing like they have done with iconic names such as Sony, Canidae Pet Food, Oberto Beef Jerky, and others.  “This summer we ought to be filming a sequel to the movie Funny Car Summer because we are all having so much fun with great sponsors like Hubert’s Lemonade and Menards.  It’s hard not hard to have fun with a sponsor that has a smiling lemon as its logo.”

The Hubert’s Lemonade Funny Car will make its debut at the Menards store located at 1101 Lakecrest Parkway in Sandusky from 4:00 – 6:00pm, Thursday evening June 23, and then begin qualifying at Summit Motorsports Park in Norwalk that Friday, June 24 at 5:45pm.