CONCORD, N.C. (Aug. 15, 2016) – Chip Ganassi Racing announced today that the No. 1 McDonald’s Chevy will sport an iconic look for the Labor Day Weekend race at the famed Darlington Raceway. 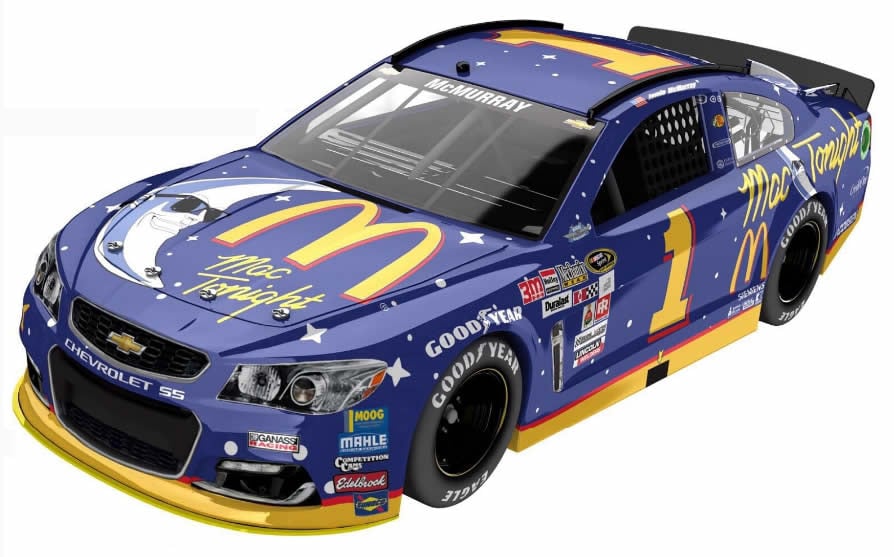 Jamie McMurray will drive the No. 1 Chevrolet SS featuring a popular look from the past. Originally run by NASCAR Hall of Fame driver Bill Elliott in 1997, McMurray’s throwback ride will feature a Mac Tonight paint scheme for the 2016 Southern 500.

Mac Tonight was a sunglasses-wearing, piano-playing crooner with a crescent moon for a head, who sang the popular jingle “Mac Tonight”. The midnight blue car, covered with stars and the Mac Tonight crescent moon will brighten the night at the Southern 500 at Darlington Raceway. 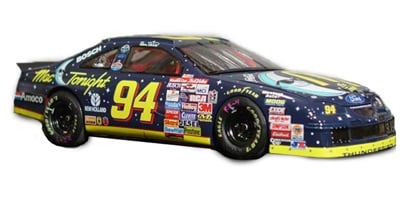 • Jamie McMurray is the longest tenured driver in NASCAR with a McDonald’s sponsorship, having enjoyed a partnership with the Golden Arches since 2010

• The Mac Tonight campaign was originally created for California McDonald’s franchisees, intended to increase the after 4pm dinner business for the restaurant chain

• The 2016 “Throwback Weekend” at Darlington Raceway will be the second consecutive year that NASCAR’s oldest speedway has partnered with teams along withnetwork and industry partners to commemorate their storied past; while celebrating current stars and the future of the sport

Jamie McMurray, Driver No. 1 Mac Tonight McDonald’s Chevrolet SS:
“I am excited that McDonald’s is bringing back the Mac Tonight paint scheme for this race. Last year was so much fun to see all the different throwback looks that teams had for the Southern 500 race. I think that Darlington has done a great job to get so many of the teams to participate and have a unique weekend to celebrate the history of NASCAR”.

Jamie McMurray is out at Chip Ganassi Racing

Jamie McMurray will move to the broadcast end of NASCAR in 2019; Leaked photo hints at more