Since, Ali Kern returned to the driver’s seat of her family-owned super late model to record a top ten finish in her debut on the CARS Racing Tour. The Fremont, Ohio native came from the 14th starting position to finish eighth on the tricky, triangle-shaped half-mile Concord Speedway in the Lead 2 Real Estate Group 200 last weekend. 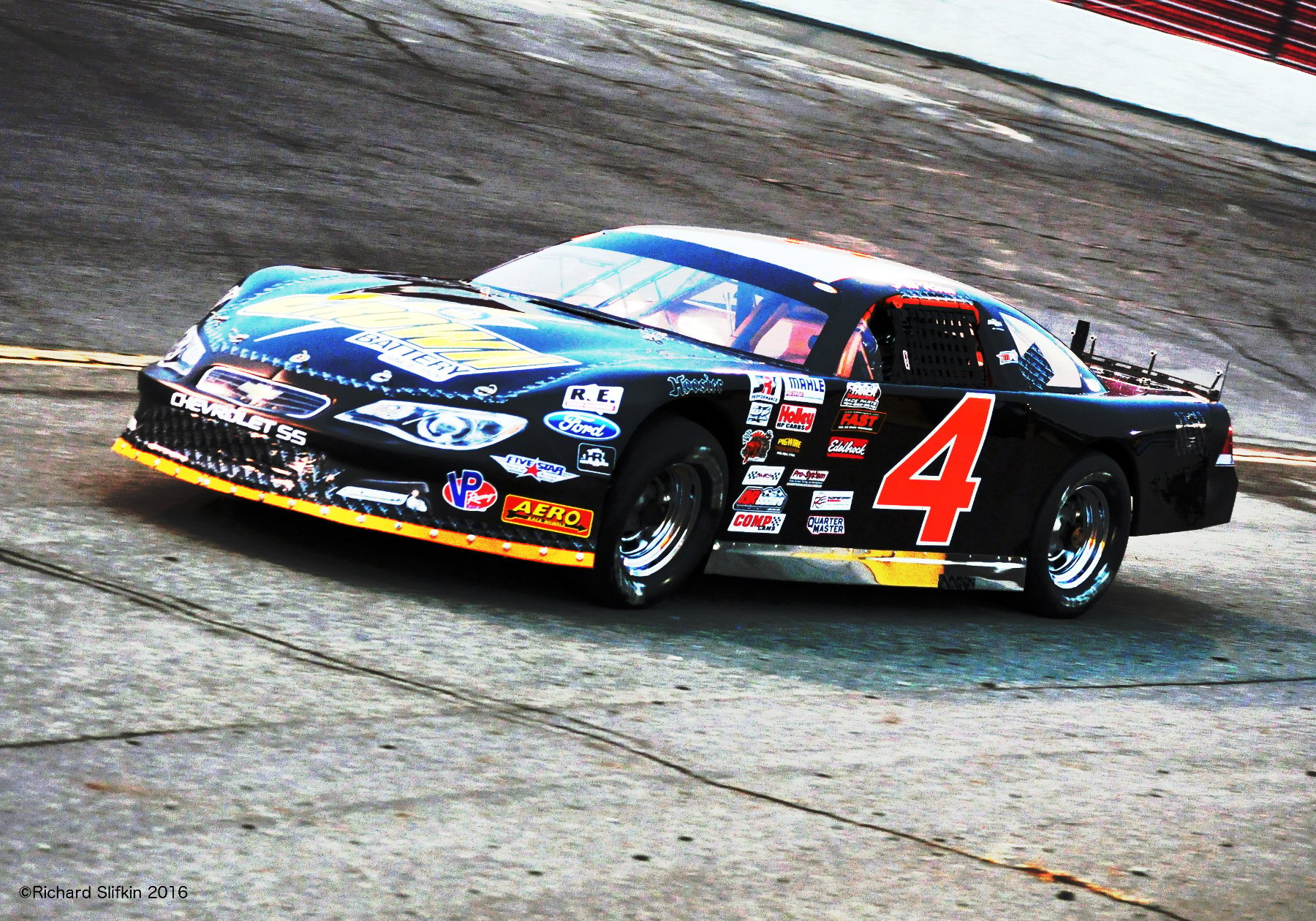 “I had a great experience with the CARS Tour at Concord Speedway,” Ali stated. “We ended up with a really fast race car. Freddie Query [Crew Chief] was great to work with and we really got the car dialed in.”

Ali was 11th quickest in the first practice session, then picked up a half-second on her lap time to log the 6th fastest time in final practice. Unfortunately, thunderstorms interrupted qualifying, relegating Ali’s No. 4 Crown Batteries Super Late Model to the back of the field on the starting grid. “I seriously think we had a shot at the pole,” Ali commented after the race. “We laid down a super fast lap in qualifying, and it was even raining and I could barely see out the window. Unfortunately, they cancelled qualifying after my run which forced us to start the race in the back, since they set the field by owner’s points, and of course we didn’t have any.”

In the 100-lap race, Ali took advantage of the opportunity to stay on the track while several other cars made pit stops during a competition caution on lap 25, gaining valuable track position. She would later pit from the 10th position under the only other caution period of the race on lap 56. Changes made on that pit stop helped her race to her 8th place finish, just behind several CARS Tour Series regulars.

“Finishing P8 was not what we wanted, but early in the race the stagger closed up and the car was just too tight to be able to pass the whole field to get to the front. We would like to give the track another shot at the North/South Shootout in November.” 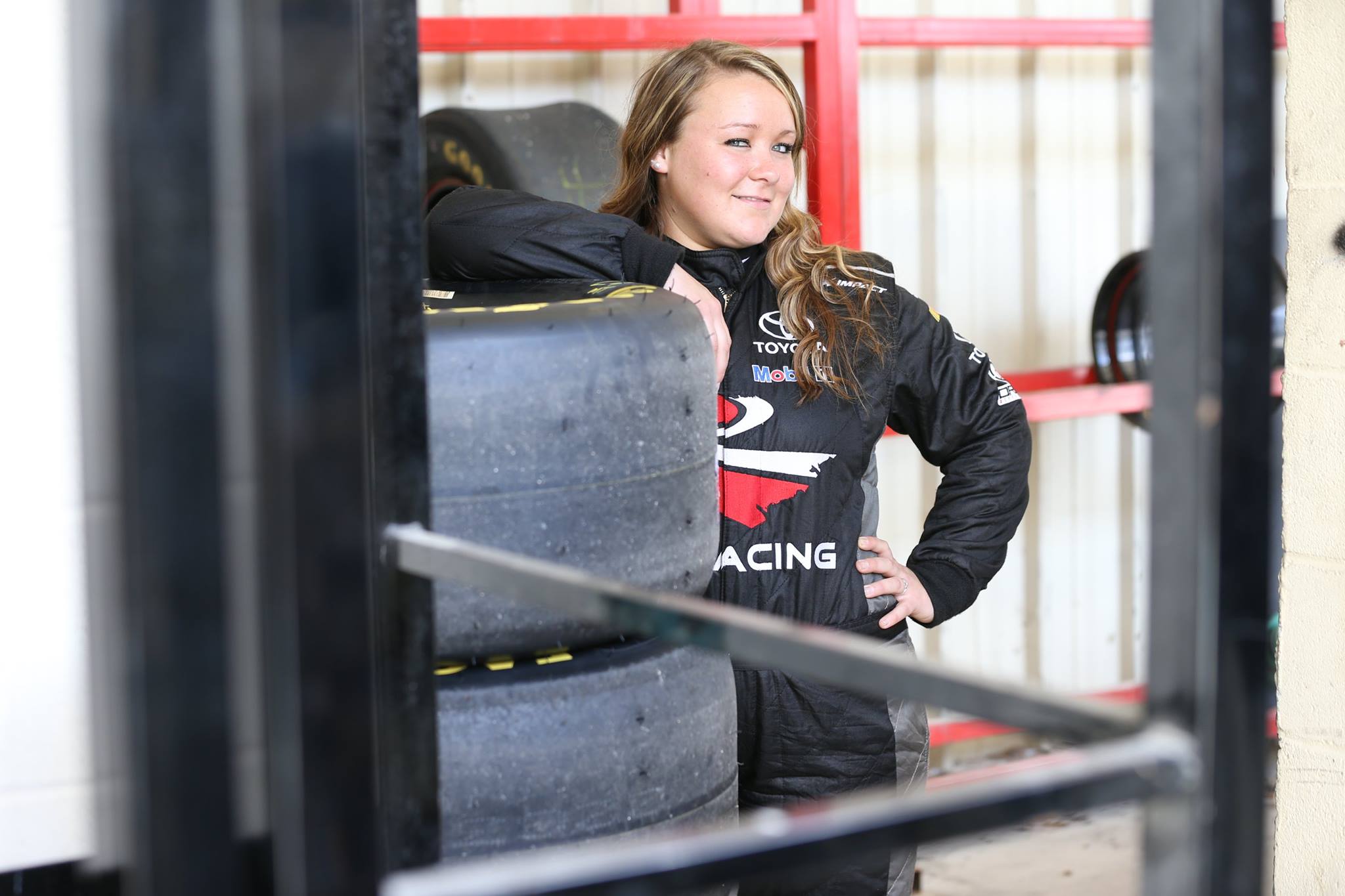 Now, the K&N East Drive for Diversity racer is ready to get back behind the wheel of her Max Siegel, Inc. Toyota for Rev Racing as the series returns to Greenville Pickens Speedway. Ali will be looking to improve on the 18th place finish she recorded in her first visit to the .5-mile semi-banked oval in March.

“I’m really looking forward to the NASCAR K&N Pro Series East race on Labor Day at Greenville Pickens with Rev Racing. We tested there recently and my crew chief, Johnny Allen, and I were pretty happy with the car by the end of the test session.”

Drivers will have a pair of 45-minute practice sessions early in the afternoon on Monday prior to qualifying at 2:30pm. Don’t miss your chance to meet Ali and get her autograph during the driver autograph session at 4:00pm. The green flag for the Kevin Whitaker Chevrolet 140 is set for 5:00pm.

“Our No. 4 Team has worked really hard all season and we have this never give up attitude. We know what we’re capable of doing on the race track and we’ll continue to show our determination. This opportunity with Rev Racing has been life changing and I cannot thank them and NASCAR enough for believing in me.”

Fans can keep up with Ali on social media at @Ali_Kern on Twitter and at @KernAli on Instagram. Also be sure to visit her website at www.AliKern.com.