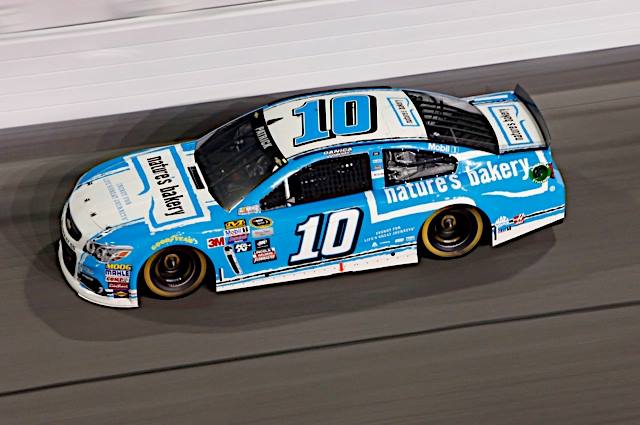 Patrick will kick off the limited-edition series as the featured bobblehead for the fan promotional giveaway at the O’Reilly Auto Parts 500 NASCAR Cup Series race on Sunday, April 9. The Rahal bobblehead will be showcased at the Texas Indy 600 Verizon IndyCar Series race on Saturday, June 10, and the bobblehead of Harvick, the 2014 Sprint Cup champ, will culminate the series at the AAA Texas 500 Cup race on Sunday, Nov. 5, 2017.

Texas Motor Speedway will produce 30,000 each of the seven-inch bobbleheads of the Stewart-Haas Racing teammates Patrick and Harvick, and 20,000 of the Rahal bobbleheads.

“I’m proud to have been part of the closest finish in Texas Motor Speedway history,” said Rahal, who edged James Hincliffe by a record .0080 of a second to win the Firestone 600.  “Just thinking about the Firestone 600 still brings a smile to my face and to have a bobblehead commemorate that win is icing on the cake!  I can’t wait to see it and put it with the trophy and guns to complete the display at my house.  My father, Bobby, and Uncle Ian have bobbleheads so this will be a great addition to the Rahal bobblehead collection.”

“It’s a pretty big honor that the folks at Texas Motor Speedway decided to turn Tony, Danica and I into bobbleheads,” Harvick said. “They do such a great job making things fun for the fans and coming up with promotions to enhance the racetrack experience. I’m looking forward to seeing all the bobbleheads and Keelan (Harvick’s son) is pretty excited to add these to his collection as well.”

“Texas Motor Speedway always comes up with really cool promotions for the fans,” Patrick added. “It’s great they’re kicking this program off by honoring ‘Smoke’ this fall with a bobblehead for his last race at TMS. I can’t wait to see how mine turns out next spring.”

must show their individual AAA Texas 500 race ticket in order to receive a bobblehead. The promotion will limit one bobblehead per individual.

The AAA Texas 500 (1 p.m. CT, TV: NBC, Radio: PRN, SiriusXM, 95.9 The Ranch locally) is the second of three races in the Chase for the NASCAR Sprint Cup Round of 8 that will determine which four drivers will vie for the series championship in the Nov. 20 season finale at Homestead-Miami Speedway. Tickets for the AAA Texas 500 start as low as $49 for adults and $25 for kids 12 and under.

To purchase tickets or for additional information, please contact the Texas Motor Speedway ticket office at (817) 215-8500 or visit www.texasmotorspeedway.com.