AUBURNDALE, FL (Oct. 25, 2016) – Giovanni Bromante continues to impress long-time veterans in the racing world and the most recent episode came this past weekend outside of Tampa, Fla., where he made his late model debut in a car prepared by Jamie Yelton and Fat Head Racing. Bromante qualified the car 11th fastest and was racing inside the top ten when a mechanical failure ended his afternoon. Bromante is best known by many for his role in the TruTV reality series “Kart Life” just a few years ago. 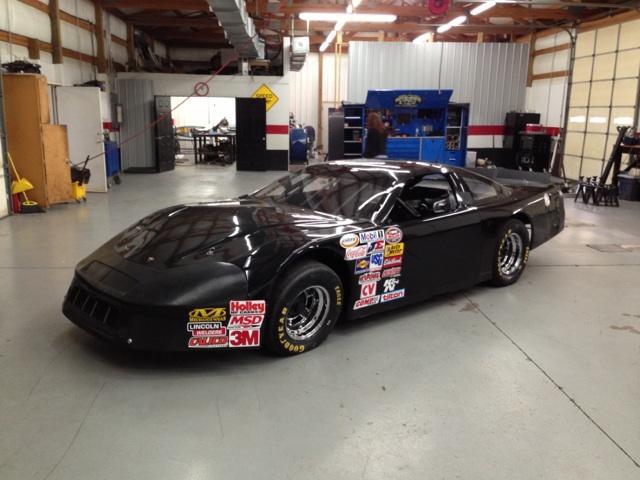 Prior to this past weekend, the only experience Giovanni Bromantein had in a full-size car came in two tests with FHR at Hickory Motor Speedway in North Carolina and Motor Mile Speedway in Virginia. He passed the evaluations with flying colors and quickly had car owner Jamie Yelton looking for events in which to race the 13-year old up-and-coming superstar. On Friday, Gio spent most of the day getting acclimated to the Auburndale Speedway in Florida, the track on which he raced this weekend.

Saturday brought about Bromante’s first career late model time trial session, a two-lap race against the clock to determine his starting position forSunday’s main event. Despite a couple of mistakes, he still managed to clock in 11th fastest, placing him inside row six for the 100-lap feature the next day.

“I thought the weekend up to that point went great and we made a lot of progress in getting used to the team and I was able to fix a lot of things I was doing wrong,” said the driver from Long Island, New York.

“It’s nothing like previous cars I’ve ever driven simply because of the size of the car,” he continued. “It makes it harder to learn just how big the car is, but after practice I knew more of what to expect.”

Once the green flag dropped, Gio maintained his 11th place position, riding and learning from those around him. Attrition and accidents soon played into the race, and a few restarts gave him the opportunity to improve his position. On multiple occasions he clawed his way around competitors on the outside lane of the track, a feat difficult for most veterans at the relatively flat Auburndale Speedway.

Just past lap 60, an accident occurred in front of Gio and his only chance to avoid the melee was to spin his own car to avoid the others. During the chaos, a brake system component failed that the crew was unable to repair at the track and Gio’s day was done shy of the checkered flag.

“Even though, we had a brake issue, I’m very proud of how the team and I did this weekend,” said Bromante, the 2016 Bojangles’ Summer Shootout Young Lions Champion. “I’m a lot hungrier to race late models now because I was very nervous before, and now I know more of how it’s going to be, so I’m much more confident in myself and in the car. I’m definitely very happy and very excited for the next race.”

Gio’s next race with Fat Head Racing has yet to be determined, but the team is also working on a full schedule of events for 2017 in addition to select events to finish out this season. Bromante is expected to pilot the No. 77 for at least a dozen events next year with a formal announcement to come during the off-season.