Front-running British motorsport outfit JHR Developments has announced the first of its drivers for the 2017 F4 British Championship certified by FIA – powered by Ford, with impressive rookie Billy Monger returning to the UK’s premier junior single-seater series for an all-out title push.

Having stepped up to British F4 with JHR from the Ginetta Junior Championship this year, Monger proved to be a quick learner during his maiden campaign – so much so, that he claimed an eye-catching podium double only third time out at Thruxton, the fastest and most fearsome circuit in the country. 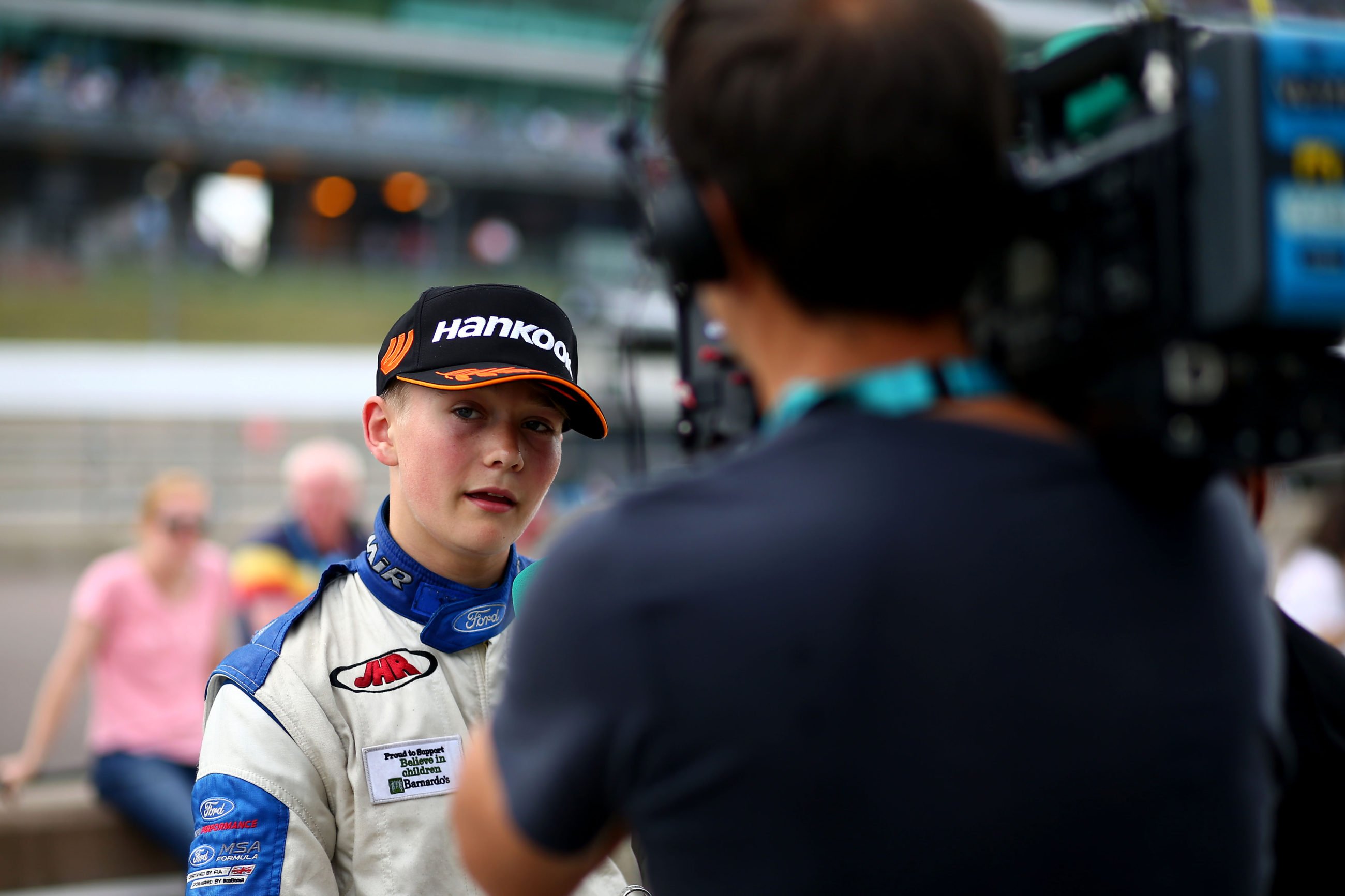 The 17-year-old – one of the youngest drivers in the 23-strong field – added to his tally with another rostrum at Rockingham, although in truth, that result was a victory snatched from his grasp by late-race misfortune in the form of a temporary technical glitch on the very last lap after leading consummately throughout.

Monger additionally claimed a pole position and fastest lap, with a total of ten points-scoring finishes from 27 starts securing him 12th in the final standings, despite missing the mid-season outing at Croft due to budgetary shortfall.

Moving forward, JHR Team Principal Steven Hunter clearly has high hopes for his promising protégé as the Derbyshire-based operation looks to expand from three cars to four in 2017 in the fiercely-disputed, ITV4-televised BTCC support series, with a significant degree of interest from other prospective drivers in its remaining seats.

“We’re absolutely delighted to have Billy on-board again for another year,” enthused the man whose squad has no fewer than nine titles to its credit in the lower echelons of UK motor racing. “We knew he had immense potential from his stint with us in Ginetta Juniors, and he confirmed that time and again over the course of what was an exceptionally encouraging rookie campaign in British F4. 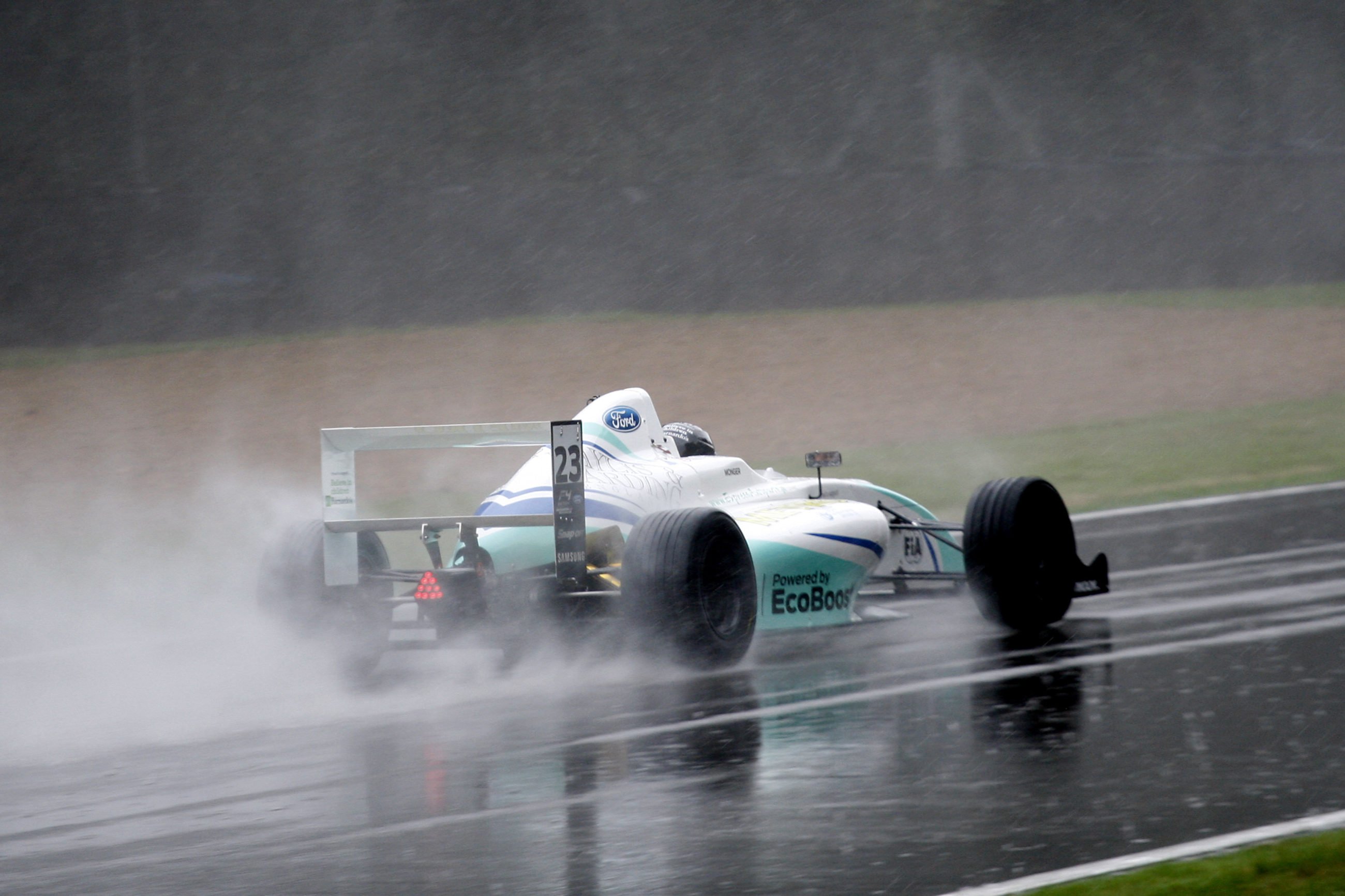 “Notwithstanding limited testing and his comparative lack of seat time in open-wheel machinery, Billy routinely took the fight to older and more experienced rivals and refused to be intimidated by anybody. He was tremendously unlucky not to win at Rockingham – one of a number of races in which he was denied the result he deserved – but more importantly, he proved he has the pace to run right at the front and be a regular contender for podium finishes if not more.

“It’s great news that we’ve been able to reach an agreement so soon after the end of the season, which means we can really crack on with our preparations for 2017 and lay the foundations for a concerted title bid.”

Monger explained that having forged such a strong relationship with JHR Developments over the past two years, it was an easy decision to remain with the Dronfield squad for a third consecutive campaign.

“For me, it was a no-brainer to stay with JHR,” revealed the Surrey-based teenager. “They’re a great bunch of guys and I feel very much at home inside the team, and that kind of environment really inspires confidence. I learned so much in 2016 as I got to grips with single-seaters, and I think my driving style is naturally quite well-suited to the discipline, which helped to speed things up a bit.

“We proved as the season advanced how much progress we have made and there’s plenty of potential to build upon, so now we need to carry that momentum into the winter and really knuckle down to ensure we come out-of-the-blocks firing on all cylinders next March. The target for 2017 has to be race wins, and if we can achieve that on a consistent basis, then there’s no reason why we can’t challenge for the championship.”