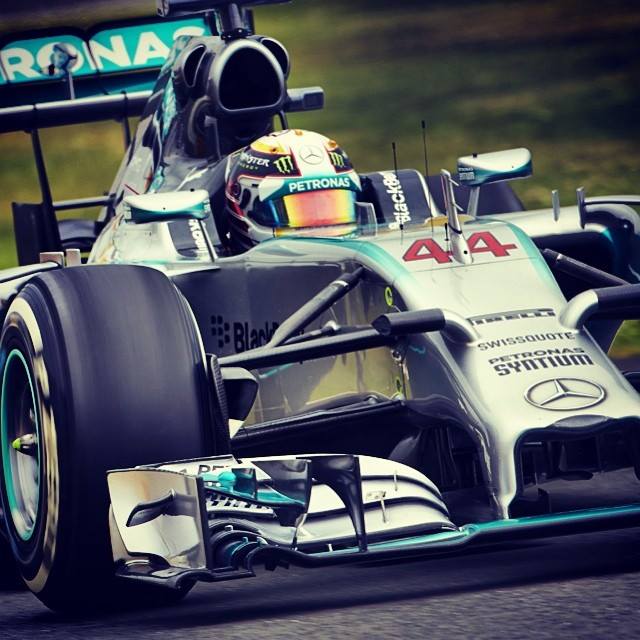 Scroll below to see the British Grand Prix Results 2014 chart.

An exciting British Grand Prix qualifying session threw in varying weather conditions. These conditions mixed up the starting grid, ingredients for a thrilling race. A grid setting the stage for today’s British GP with clear skies on hand.

Carnage on lap 1. Kimi Raikkonen slides off track. As he comes back on and goes airborne. Kimi loses control and drives right back into the wall at 150 mph. This collects Felipe Massa and a Caterham machine. The red flag was deployed. Both drivers were ok.

At lap 29, Lewis Hamilton began a charge at race leader Nico Rosberg. Then, suddenly gearbox issues for Rosberg and the lead was handed to Lewis Hamilton. Putting a British driver in the lead of the home grand prix.

The battle was for 5th between Sebastian Vettel and Fernando Alonso. The Red Bull Racing driver complained several times that he would pull along side Alonso only to get run off the track.

“There’s another one” stated Vettel on the radio. At the same time Ferrari complained Vettel left the racing surface. Eventually, the position was taken by Sebastian Vettel.

Meanwhile, for the first time in 14 years a British driver won the British Grand Prix. Lewis Hamilton went on to cross the line in first piloting his Mercedes machine.