Brian Scott retires from NASCAR after 51 races, thus far. He will hand up his NACSAR suit at the conclusion of the 2016 season. Brian Scott currently drives the #44 for Richard Petty Motorsports. 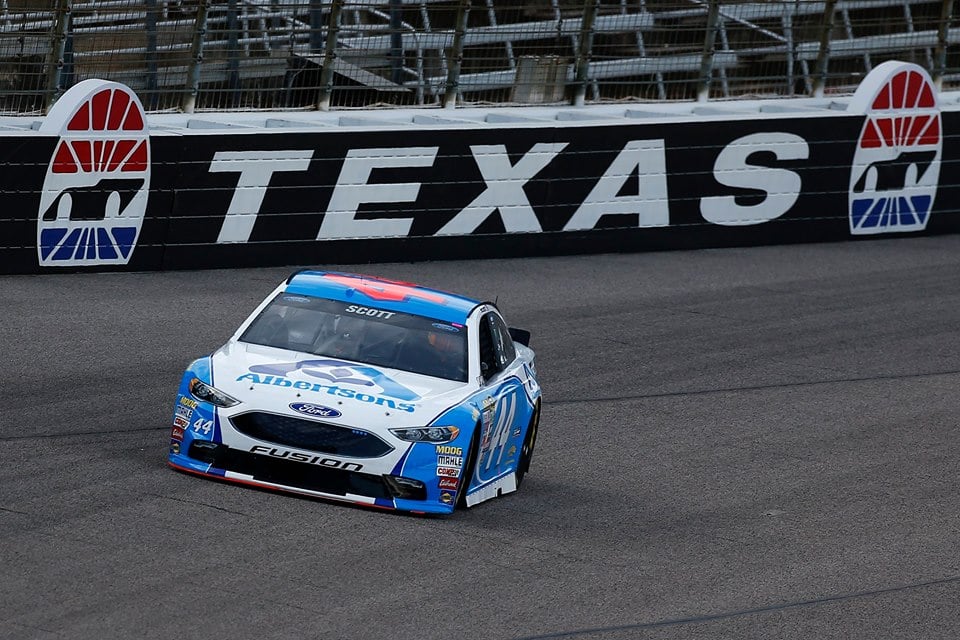 Scott began competing in NASCAR’s national series in 2007, debuting in the NASCAR Camping World Series. He competed full-time in that series in 2008 and 2009 and earned his first win at the Dover International Speedway in 2009.

“This was a difficult decision, but one that I made myself for my family,” said Brian Scott.

“Racing and specifically NASCAR has been and will always be in my heart, but right now, I want to turn all my attention to my family and to be able to spend more time with them. Racing has blessed me with great opportunities, and I’m very grateful for everything that it has allowed me to do, but for me, it’s time to move on. I can’t thank everyone enough who helped me in my career. I would not have made it to where I am at today without their trust and commitment.”

“Brian made it to and competed at a level that very few do in NASCAR,” said Brian Moffitt, Chief Executive Officer, Richard Petty Motorsports. “Brian became part of the Petty family this year, and he committed himself to making our organization better. We feel fortunate to have had the opportunity to get to know Brian and wish him nothing but the best for him and his family.”

RPM will continue to field the #44 Ford Fusion in 2017 with further announcements to be announced later.

Albertsons Companies to End NASCAR Program at end of season:

Albertsons Companies announced a decision to terminate their NASCAR program at the conclusion of 2016. The company is currently a partner with Richard Petty Motorsports, supporting Boise-native Brian Scott and the #44 team.

“Local sports sponsorships are an important part of our marketing strategy in communities across the country,” said Albertsons Companies Chief Marketing and Merchandising Officer Shane Sampson.

“While we have decided to focus our investments elsewhere in 2017, we appreciate the work that Brian, Richard Petty Motorsports and the entire #44 team put forth for Albertsons Companies this year, and we wish them the very best in the future.”

No Penalties to Tony Stewart after Intentionally Wrecking Brian Scott

NEXT POST
Kenseth Spins at Phoenix, Logano Goes on to Win