2017 CARS Tour Purse in both the Late Model Stock and Super Model divisions will increase next season. Both classes will now race for nearly $31,000 in total prize money in a single event with a full field of cars.

Mooresville, NC 11/15/16– This past weekend at Southern National Motorsports Park the CARS Tour closed out their sophomore season and crowned Raphael Lessard and Deac McCaskill as 2016 series champions.

With the 2016 season complete preparations for the 2017 season are already in full swing. After announcing last month an eleven race schedule for the upcoming season, CARS Tour officials are proud to announce that purses for both Late Model Stock and Super Model divisions will increase in 2017. In addition to the increase, a restructuring of the total purse will take place to affect the majority of competitors. 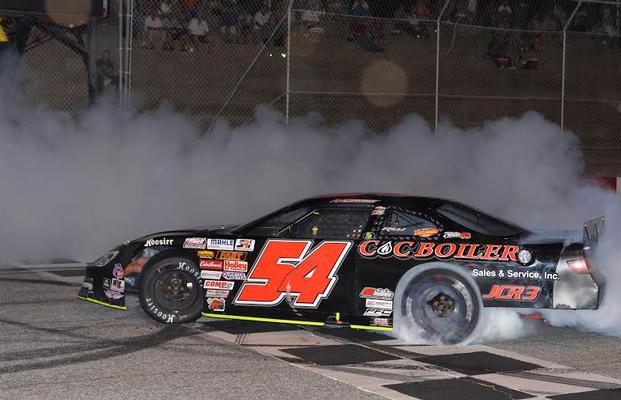 Both divisions will now race for nearly $31,000 in prize money for a full thirty car field next season. Race winners will celebrate with a minimum of $5,000 to win, while start money will increase to $600.

Competitors will also see additional money awarded for finishes inside the top ten. As an example, the tenth place finisher will now take home $1,000 compared to the $875 awarded the previous two seasons.

Also effective in 2017 will be the ability for teams and drivers to purchase single event licenses at every event next season. This cost saving measure will allow competitors, both driver and owner, to compete in one off events at a more affordable price. A single event owner’s license will be $125 and driver’s license will be $50. The continuation of the CARS Tour Hard Card pit pass and annual race entry will also be available in 2017 for additional savings opportunities just as in years past.

“The schedule announcement was just the beginning of what we’ve got coming down the pipeline for next year. We feel like today’s announcement about the purse is a decision that will impact the majority of our competitors in a positive way.” explained CARS Tour Series Director, Chris Ragle.

“From day one we’ve done what we can to give back to our teams and drivers. We want them to know we care about their decision to race with us, and we want to reward them for their efforts. It doesn’t matter if it’s one race or all of them, this pay increase and purse restructure still rewards those who battle for the win while helping those who have a solid outing in a series known for such stiff competition.”

A plethora of anticipated announcements regarding the 2017 season will come throughout the offseason. To stay up to date throughout the off season go social with the CARS Tour by following the tour on Twitter @CARSTour, Instagram @car_tour, and stay connected via the tour’s Facebook page by liking “CARS Tour“.