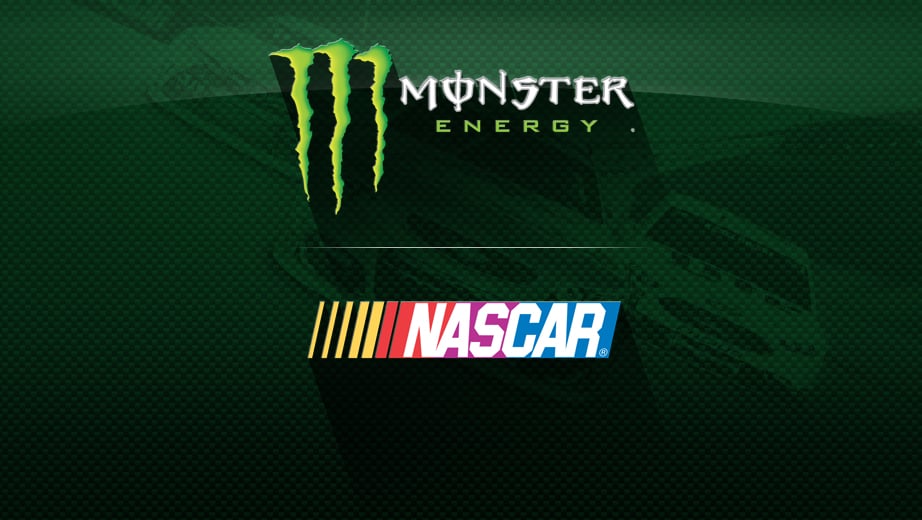 Monster Energy, which will begin its tenure as naming rights partner on Jan. 1, 2017, will become only the third company to serve as the entitlement sponsor in NASCAR premier series history, following RJ Reynolds and Sprint/Nextel.

As part of the agreement, the brand also becomes the Official Energy Drink of NASCAR.

Mark Hall called it “a rare opportunity that doesn’t come along every day.”

“Monster Energy is a brand built on excitement and enthusiasm, qualities that align with NASCAR,” said Brian France, NASCAR Chairman and CEO. “This sponsorship position is the most unique in all of sports and entertainment, and we are thrilled to have a partner that will help us further elevate the series. Today’s announcement is the culmination of a thorough search, one that resulted in the right partner at this important time in our sport’s history.”

NASCAR premier series races long have been a bucket-list destination for sports fans throughout the country, and starting next season, Monster Energy will elevate the event experience to an even higher level.  As part of the agreement, Monster Energy will engage with fans in creative, innovative ways at all race tracks where the NASCAR Monster Energy Cup Series will race.

“Monster Energy has an established and versatile history in motorsports, and we’re thrilled to take this historic next step,” said Rodney Sacks, Monster Beverage Chairman and CEO. “We feel strongly that our brand is a perfect fit for this sport and its star athletes. We look forward to interacting with the millions of passionate NASCAR fans week-in, week out.”

“If you would have asked me five years ago if I’ve ever contemplated something like this, the answer would be never in a million years,” said Hall, Chief Marketing Officer for Monster Energy.

“It’s a global brand that we took a long time to figure out,” NASCAR Chairman & CEO Brian France said during a press conference at the Wynn Las Vegas.

“The reality for how impactful they are and what they can do differently is obviously they’re an edgy brand,” France said. “They’re a fun brand. They get at a millennial audience in a different way clearly than we’ve ever been associated with, particularly at this level, and they know what they’re doing.”

France said the Monster project was “one of the few sales calls that I actually personally made because of how important it was to align ourselves with a dynamic brand that reaches different places and different audiences … they made us feel comfortable over time on a couple of things.”

Motorsports was the “DNA” of Monster, according to France.

“When you walk through their lobby in California, you see that,” France said. “You see the motorcycles and NASCAR memorabilia and all kinds of things, and that’s who they are, so they understand motorsports. They understand NASCAR. They understand how to reach across and excite our core audience and help us deliver on a new audience, and that was very exciting for us.”

“We do count on our athletes and our endorsers and to a certain extent our fans to do our marketing,” Hall said. “… We have never created a commercial or an ad. We’ve done different things that we’ve been successful getting a lot of eyeballs on.”

The world of motorsports and how to market to its fans was new for the previous series sponsor. It took time to “get sorted out,” France said.

“But these guys are ready on day one. They have the activation tools, the plans and the people. They’re a fun brand that’s going to interact with our core fans in kind of a cool, neat way actually, and we’ve seen some of the plans, and they’ll get bigger and more robust as we go along.”

“We’re in the fun business,” he said. “We’re racing cars. We’re crowning champions. We’re — this is where people come to have fun … our speedways and (to) watch us on television. What better brand to have associated with us than the people who understand that?”

Based in Daytona Beach, Fla., with offices in eight cities across North America, NASCAR sanctions more than 1,200 races in more than 30 U.S. states, Canada, Mexico and Europe. For more information visitwww.NASCAR.com and www.IMSA.com, and follow NASCAR on Facebook, Twitter, Instagram, and Snapchat (‘NASCAR’). For race tickets, visit www.NASCAR.com/tickets.

A Monster Energy entitlement sponsor deal for 2020 is ‘highly unlikely’