View the first 2018 IndyCar design renderings shown below. The images showcase a possible Dallara IR-12 chassis. The Verizona IndyCar Series will have new cars in 2018.

DETROIT (Thursday, Jan. 12, 2017) – As INDYCAR works toward a universal aerodynamic bodywork kit for all Verizon IndyCar Series cars in 2018, the development process is well under way.

Jay Frye, INDYCAR president of competition and operations, unveiled a series of initial concept drawings for how the car might look during a media roundtable at the North American International Auto Show (NAIAS).

Without revealing specific details to how the cars and their accompanying aerodynamic bodywork will look when they hit the track for the 2018 season, Frye offered the first visual peek into the future at INDYCAR’s NAIAS exhibit in the Motor City. 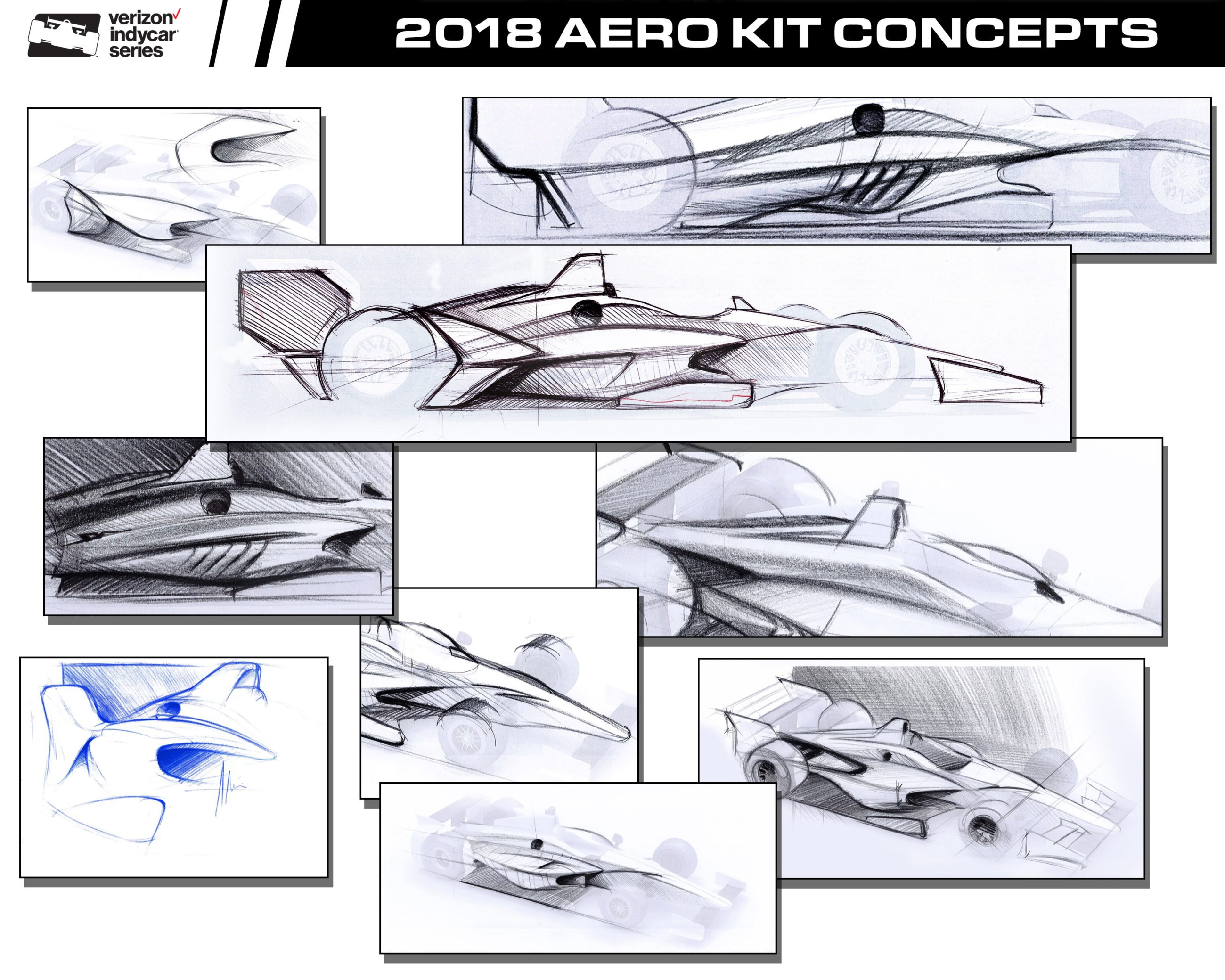 The drawings were completed months ago, but they give the first concept designs that will cover the  chassis. The images revealed will not be what the cars wind up looking like in 2018, but they provided the first public direction of the process.

INDYCAR will share more details of the development process in coming weeks, including another public update following the 2017 preseason’s open test Feb. 10-11 at Phoenix International Raceway.

The goal is to have a car built for display at the 101st Indianapolis 500 presented by PennGrade Motor Oil in May, with on-track testing in the summer.

INDYCAR previously announced a development freeze for the upcoming season, which means teams will use the aero kits offered by Chevrolet and Honda for the 17 races. The season opens two months from today, March 12, with the Firestone Grand Prix of St. Petersburg.