Big news from Hendrick Motorsports. Chase Elliott has a new primary sponsor for 2017. View the 2017 Hooters NASCAR Racecar photos and videos below. 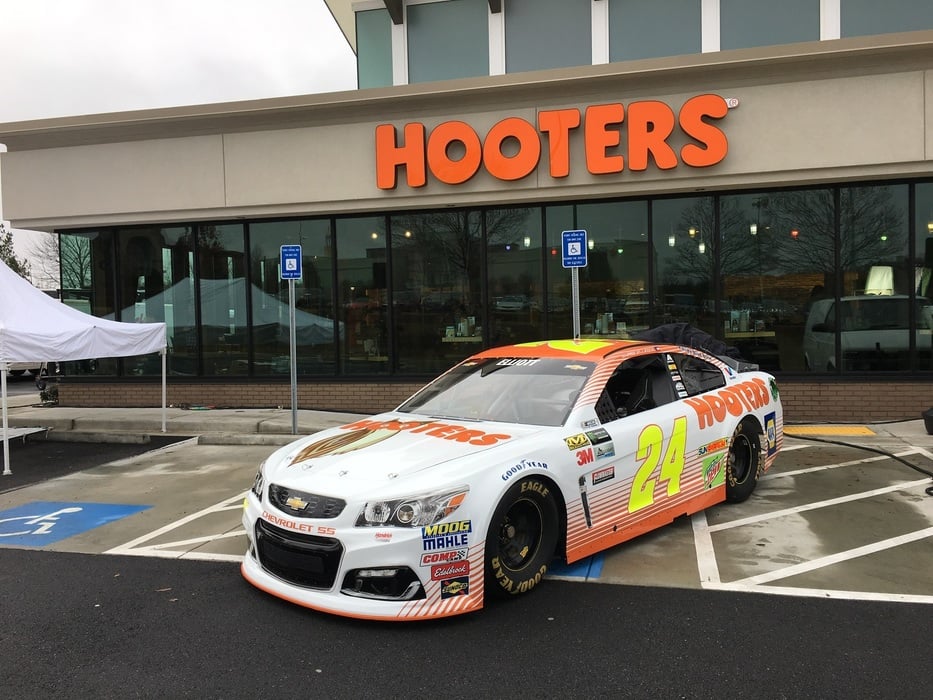 A casual dining establishment with a deep history in NASCAR, Hooters will be a two-race primary sponsor and full-season associate sponsor of the No. 24 team in both 2017 and 2018. The 2017 Chase Elliott Hooters Chevrolet SS will debut May 7 at Talladega Superspeedway and appear again during the Chase for the NASCAR Cup Nov. 12 at Phoenix International Raceway.

Hooters has been a primary sponsor in more than 150 Cup-level races, notably as the full-season sponsor of 1992 premier series champion Alan Kulwicki. That year, Kulwicki won two races and narrowly edged Elliott’s father, 1988 Cup champion Bill Elliott, by 10 points to win the title.

“Twenty-five years after being part of one of the most memorable seasons in NASCAR history, Hooters is excited to support another amazing talent in Chase Elliott and the No. 24 team,” said Carl Sweat, chief marketing officer of Hooters of America LLC. “As the official headquarters of race day, we’re proud that so many NASCAR fans choose to watch the races at Hooters every week while enjoying their favorite wings, ice cold beer and one-of-a-kind Hooters Girl hospitality.”

As part of the new relationship, Hooters has launched a full year of promotions, exclusive content and commemorative merchandise for fans at www.hooters.com. Beginning today, fans can register for the chance to win a trip for two to meet Elliott and cheer on the No. 24 team from pit road at the Nov. 12 Phoenix race. Everyone who registers will receive a $5 off certificate toward their next visit to Hooters. For a limited time, the first fans to register can also purchase collectible limited-edition $24 Hooters gift cards commemorating Elliott and the new No. 24 Hooters Chevy.

“Hooters started with six people in 1983, and now they’re in 42 states and 28 countries,” said Rick Hendrick, owner of Hendrick Motorsports. “They’ve grown by focusing on the experience, earning the business of their customers and supporting terrific causes like cancer research and our men and women in uniform. NASCAR fans appreciate those things, and we have an opportunity to do some great work together.”

In 2016, Elliott earned Cup Series rookie of the year honors after posting 10 top-five finishes, 17 top-10s and two pole positions, including the season-opening Daytona 500. 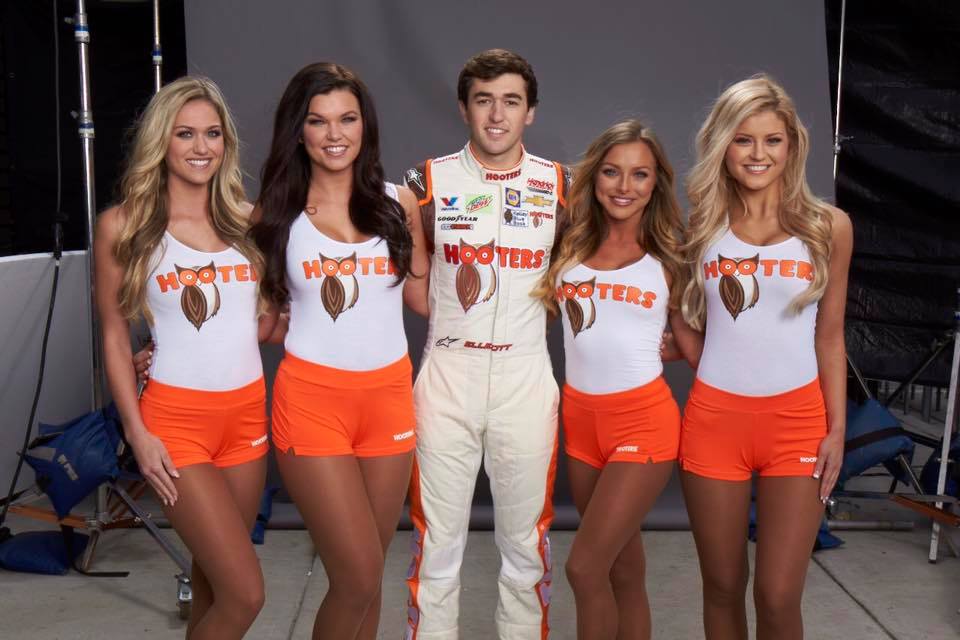 “Hooters is a place where I can let down my guard and have a good time” Elliott said.

The driver of the 2017 Hooters racecar continued, “It means a lot to have them support the No. 24 team, and I can’t wait to get behind the wheel of their car. Being on the ground level of introducing a new partner to the Hendrick Motorsports family is going to be a lot of fun. Hooters has a historic place in this sport, and I’m glad they’re back. Our entire team is looking forward to making the program a success.”

Fans are encouraged to use the #Hooters24 hashtag throughout the year to share their excitement and engage via social media.