Biffle to Pilot the No. 16 Hooters Ford Fusion in Darlington Southern 500

CONCORD, N.C. (Aug. 23, 2016) –Greg Biffle will honor the late Alan Kulwicki by running a Hooters throwback scheme in the famed Southern 500 at Darlington Raceway on Sunday, September 4th. In addition to honoring the 1992 Winston Cup Champion, Biffle and Hooters have teamed up to help petition congress to recognize our local and national heroes who risk their lives on a daily basis by creating a National First Responders Day. 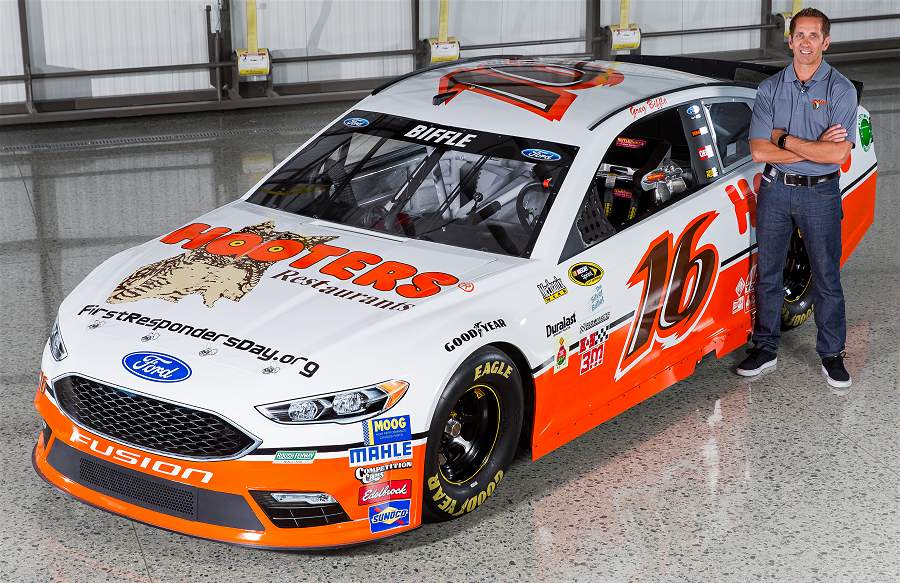 “I was a huge Alan Kulwicki fan, so this is a really special opportunity to get to honor him in this way,” said Biffle.  “I’m also a fan of Hooters and really excited to support the campaign to create a National First Responders Day.  There are so many men and women who risk their lives each and every day to keep the rest of us safe, they are the real heroes and definitely deserve a day of recognition.”

Andrew Collier, brother of slain MIT police officer Sean Collier who gave his life protecting his community during the Boston marathon bombing tragedy, has been lobbying Congress since 2013 to formally recognize the contribution and sacrifice of First Responders but so far has been unable to secure enough support in Washington to succeed.

In addition to signing the petition, Americans can show their support for First Responders by posting a picture on social media using the hashtag #OneWordOneDay and holding a sign with one word that they believe best represents First Responders.

“We are excited to partner with NASCAR driver Greg Biffle and Roush Fenway Racing as part of our campaign to help America come together in support of our First Responders,” said Carl Sweat, CMO of Hooters.  “Our First Responders risk a great deal to protect and serve us every day and we are all safer because of their sacrifices.  Hooters is proud to recognize First Responders and join Andrew Collier in creating a National First Responders Day to honor them all.” 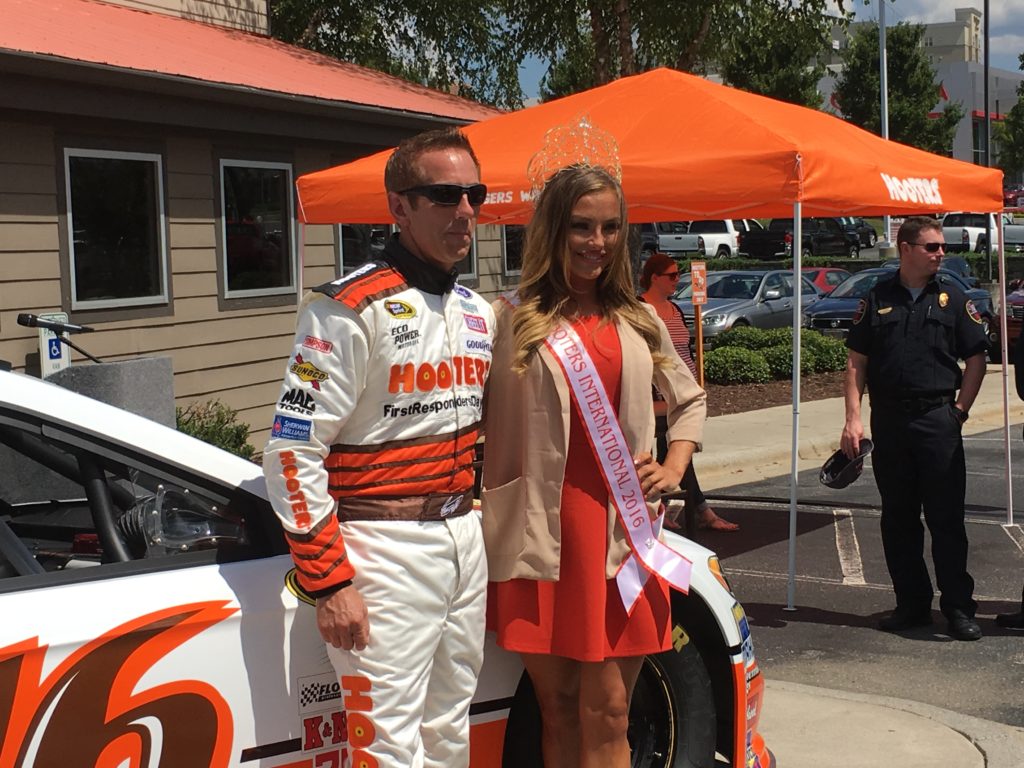 Hooters is expressing its thanks to our Nation’s First Responders by treating them to a free entrée.  On Tuesday September 20, all First Responders can select an item from a special menu when they present a valid organization ID at any Hooters location across the nation.

Biffle is no stranger to finding victory lane at Darlington Raceway.  Biffle has two Sprint Cup wins at the track, two poles, has earned three top-five and six top-10 finishes over his 15 starts at the 1.366-mile track.  Biffle has led 718 laps at Darlington, the most laps he led at any track on the Sprint Cup circuit.

About Hooters of America:

Hooters of America, LLC, is the franchisor and operator of more than 420 Hooters restaurants in 42 states and 26 countries. Known for its world famous Hooters Style chicken wings, the first Hooters opened its doors in 1983 in Clearwater, Florida. Expectations were so modest at the time that the simple fact the doors opened was deemed worthy of a toast. Since then millions have been liberated from the ordinary at Hooters while enjoying great food, fun and one-of-a-kind hospitality.  For more information about Hooters visit www.hooters.com or follow us at www.Twitter.com/Hooters, www.Facebook.com/Hooters, www.Instagram.com/Hooters or on Snapchat at “hootersLIVE”.