Have you ever witnessed a dirt or asphalt racetrack covered in snow? Then, had the thought that perhaps you should go racing anyway…

They did just that at Speedway 51 in Groveton, NH. Their first race of the 2017 season was on an asphalt oval covered in 5 inches of snow and ice. The 2017 Winter Blast 100 was hosted in front of a packed house. Yellow track barrier walls shining like the sun, in contrast to the all-white race track. What kind of cars? Run-what-ya brung. Anything could have entered this event.

It’s was awesome! You can watch it all below. Thanks to 949 Productions for providing video archive of the amazing event. The speedway ice race video is posted below this story along with nearly-full race results (someone forgot their transponder). 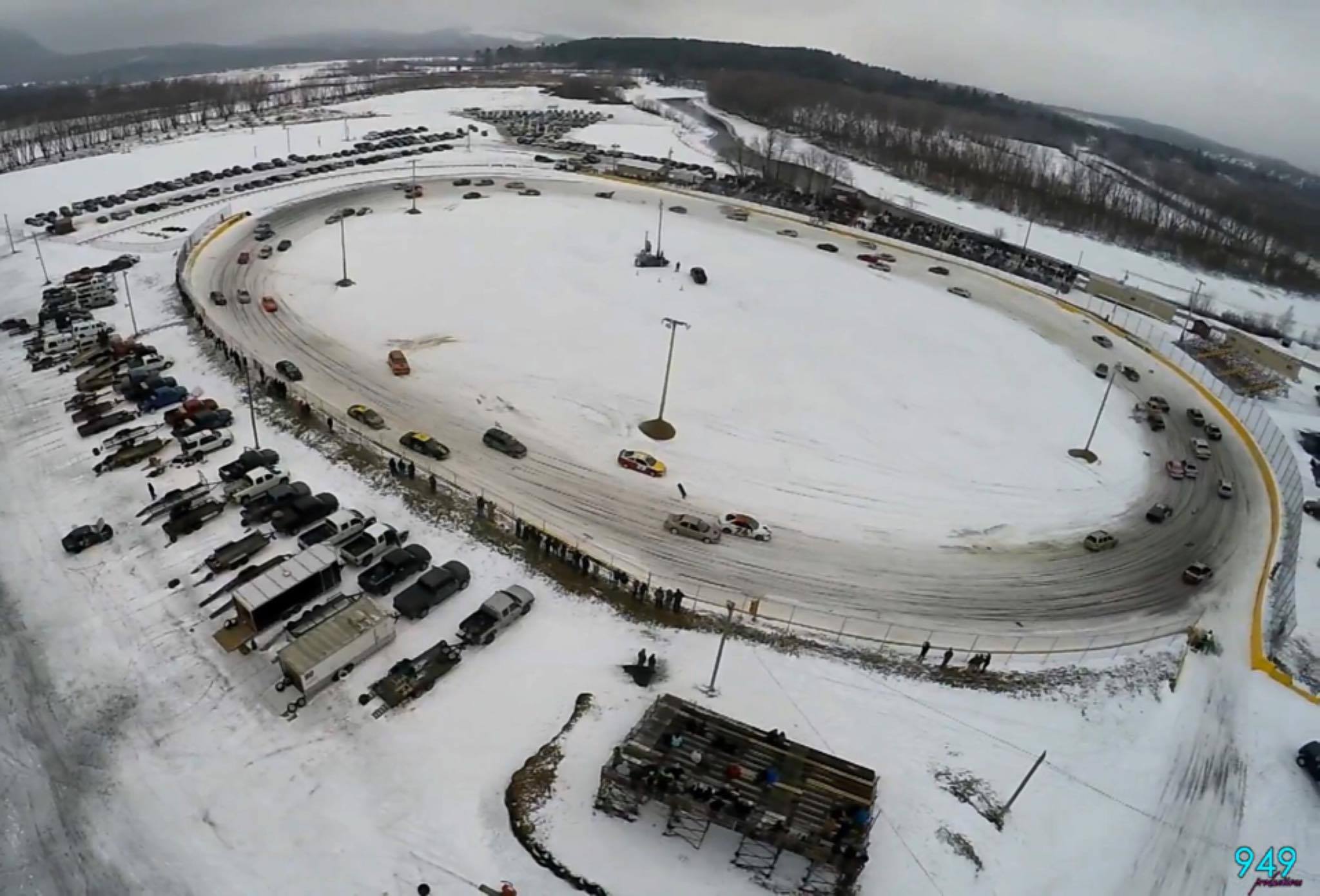 Speedway 51 (formerly Riverside Speedway) bills itself as a “high-banked, family-fun, action-packed motorsports park” and well they hit every point of their mission statement. The New Hampshire racetrack usually hosts a weekly racing program May through September. Their regular racing program includes; Late Models, Sportsman, Street Stocks, Dare Devils and Pure Stocks. This year they added some snow to their 2017 schedule and opened up the track a bit pre-mature.

The oval race in the snow featured zero cautions. Not because the race went without incident, it had plenty of those. It was because cautions were disabled! For the iRacing members out there… this was the pick-up cup, in real life.

100 green flag laps of car ice racing. 62 cars on track, at once. Needless to say, the stands were completely full! In the middle of January, the speedway grandstand were near full capacity to watch the endurance race. All it takes is a bit of creativity, you can put your local track to use in the off-season.

For those buzz-kill type people, the ones that read all of the above and immediately thought, bad idea. It wasn’t! The Speedway 51 didn’t completely neglect safety. Most of the incidents were harmless. Though, one did force a brief red flag on the event. 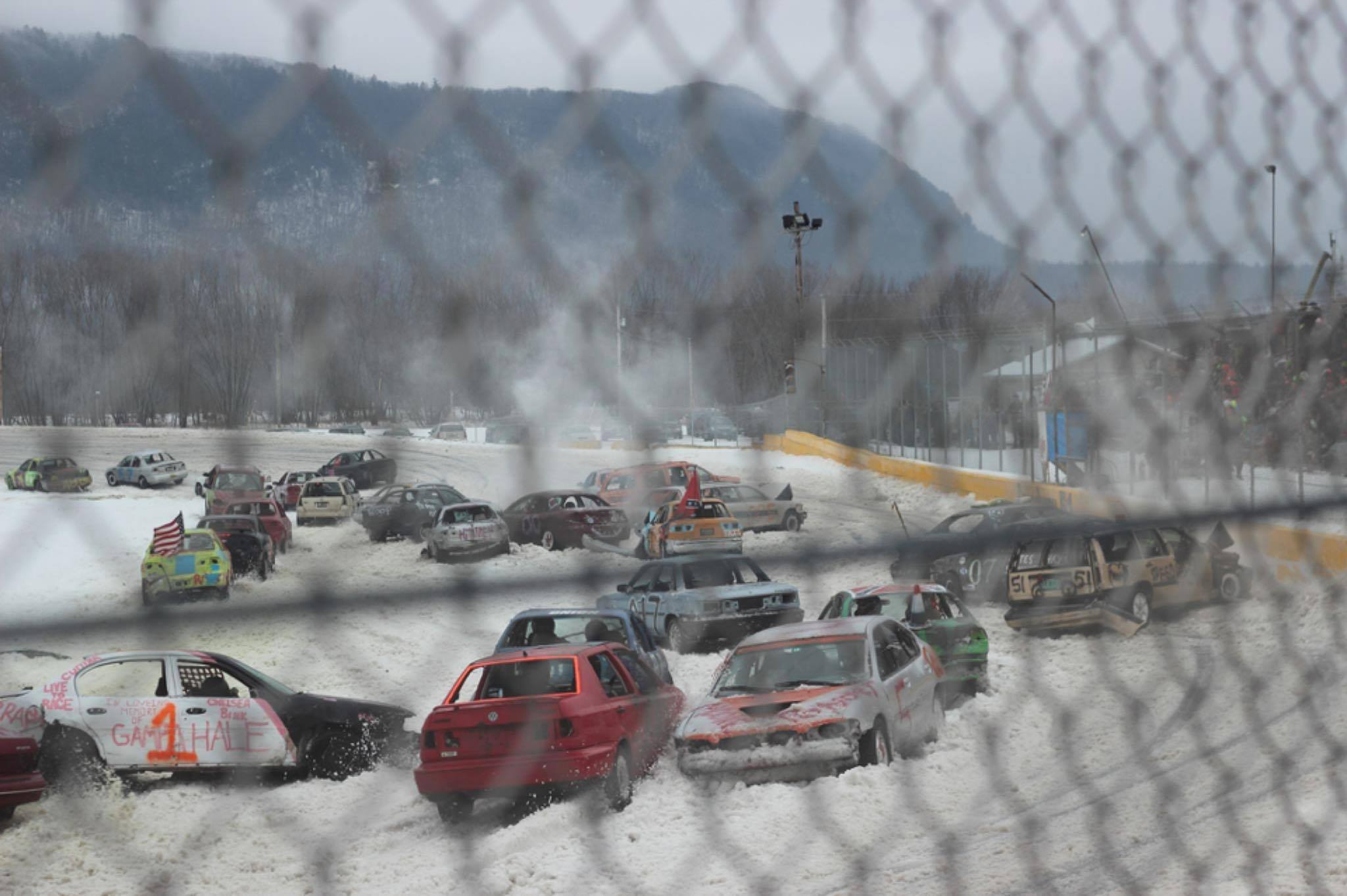 At the end of the event the track looked like it might have been the scene of a zombie apocalypse. Cars, trucks, vans, buses all stuck and abandoned on the 1/4 mile speedway. However, despite all that, we did declare a winner!

I almost said  I quickly corrected myself and stuck a solid line through that one. We’re racers over here, it always matters. Doug Brandy Jr won the oval ice racing event at Speedway 51, he’s your 2017 Winter Blast 100 winner!

The video below features on-board action from two cars entered in the Winter Blast 100. The first is from the cockpit of Claremont Speedway champion Kodi Sabins. The other is from Legion Speedway champion Matty Boucher.