Dodge NASCAR Return in 2018 – If they Really Wanted, says Yates

Doug Yates says a Dodge NASCAR return in 2018 is possible “if they really wanted to be there.”

The Roush Yates Engines CEO Doug Yates sat down for an interview on ‘The Morning Drive’ via SiriusXM NASCAR Radio. Doug Yates, Pete Pistone and Lee Spencer discussed the possibilities of Dodge returning to NASCAR.

He knows NASCAR engines. Doug Yates explains the old Dodge engine blueprints could get the program started rather quickly, “Obviously, I’m not as close on the car and other aspects, but from an engine perspective. The engine they had in 2012, we had the same FR9 engines racing then.”

However, from a NASCAR chassis standpoint, Dodge is slightly behind. A lot of things have changed since 2012. Doug Yates explains, “Obviously, there (have) been many years of development in between, and they would have some catching up to do, but the base engine is probably OK.” 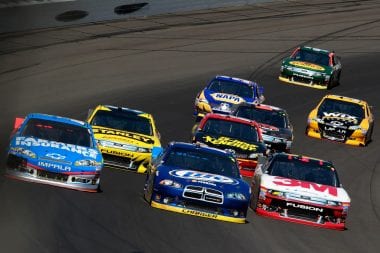 Dodge exited NASCAR in 2012, the same year they won the championship with driver Brad Keselowski. Despite the championship, Penske Racing announced a split from Dodge that year and a return to Ford.

In December 2016, Dodge met with NASCAR executives to discuss their interest in the sport. The meeting took place in Florida at the NASCAR Headquarters near Daytona International Speedway. The meeting featured Sergio Marchionne representing the Fiat side and Jim France on the NASCAR side. It was to reach out and discuss a possible entry back into the sport.

A Dodge NASCAR manufacture return is wanted on the Fiat side. They need the right NASCAR partner. Sergio Marchionne explained, “I think we need to find the right way to come back in, but I agreed with both Jim and Lesa we would come back to the issue.”

In March 2016, NASCAR CEO Brian France stated many manufactures were interested in NASCAR. He expressed, “There is some interest by a couple of different manufacturers, and we would be open to that in the right conditions,” France said. “A lot of the car companies are understandably looking at the terrific job that Toyota has done by partnering with NASCAR and the success and all the things that come along with that. They’ve been an incredible success story for a car manufacturer looking to come into a sport that’s very difficult to come in, compete and win every weekend. 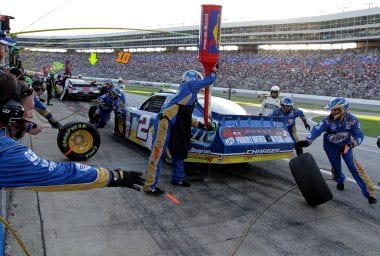 On a regulations standpoint a Dodge return to NASCAR is more likely in 2019-2020. NASCAR has rules that require a manufacture to file paperwork by a certain date. They missed that deadline for the 2018 Monster Energy NASCAR Cup Series season. Though, when you have a checkbook at large as Fiat, it’s probably easy to change ‘registration’ rules in your favor, if they really wanted to.

Doug Yates is the son of a living legend, famed NASCAR engine builder and team owner Robert Yates. In 2009, he purchased his father’s half of Roush Yates Engines.