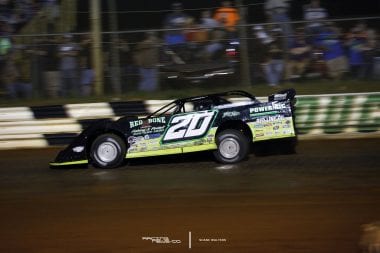 Brandon Sheppard, Greg Satterlee, Scott Bloomquist and Jimmy Owens all appealed. They lost the appeal. A lawsuit was filed soon after, it included most of those same drivers.

The lawsuit was thrown out of court. Statements followed from Eldora and DIRTcar announcing the ban had been lifted and the lawsuit dropped.

Nearly a year later, most of these drivers still haven’t returned to a DIRTcar event since June 2016. The ban has long been lifted. Despite that most involved has chosen not to run a wide range of World Racing Group sanctioned events.

To most of these drivers simply a lift of the ban wasn’t what they were looking for. The reputation of every driver and team had suffered. They mutually wanted to clear their names. So, after the first lawsuit was tossed, they re-filed. That re-file was nearly a 1/2 year ago.

Instead, you’ve seen most of the drivers involved exclusively in Lucas Oil Late Model Dirt Series events. Gregg Satterlee is now running full-time with the LOLMDS, his rookie season with the dirt racing series. 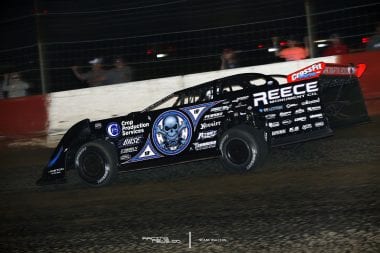 Jimmy Owens and Scott Bloomquist have long been Lucas drivers. Brandon Sheppard was hired as the Rocket house car driver. He removed his name from the lawsuit early on. After all, his team owner wanted to run with the World of Outlaws, it wouldn’t be a good idea for him to have his name attached to a lawsuit against his racing series.

We have now come full circle. It’s been nearly a year since the 2016 Dream at Eldora. The same race returns to Eldora Speedway on June 8-10th. Jimmy Owens and others have had enough. Owens has recently issued a statement that he will be returning to DIRTcar events, for the sake of the fans.

Jimmy Owens maintains his complete innocence in the tire matter from the 2016 ‘Dirt Late Model Dream’. He does not admit to guilt of any kind. A feeling that’s shared mutually between these drivers. However, collectively the decision has been made not bring the strong case to court. Why? One single reason… the fans.

The fans are really the ones suffering from the fallout after last year’s Dream race and I’ve heard from so many of them wishing that we could run at this event or that event.

He continued, “It was a very tough decision for us to make because we do have such a strong case and I’d like nothing more than to prove my innocence and clear my name from that whole deal. But at the end of the day, the longer a potential lawsuit would draw out – the more the fans are hurt and really the entire sport would suffer. I have a bunch of great and loyal fans and I’m looking forward to be able to race in front of them in certain races we were forced to skip last year!”

Team 20 has now added both the ‘Dirt Late Model Dream’ and the ‘World 100’ at Eldora Speedway in Rossburg, Ohio to their schedule of events for 2017 and will most likely add additional UMP DIRTcar Series and World of Outlaws Craftsman Late Model Series specials to their racing calendar in the near future. Keep up on the latest dirt concerning the popular driver known as the “Newport Nightmare®” and his Ramirez Motorsports team by logging onto www.JimmyOwens20.com.

Not all the drivers involved have added The Dream to their 2017 schedule. However, that doesn’t exactly mean they won’t be attending.