Carl Long has been banned from the NASCAR Cup Series garage since 2009. He walked into the MENCS garage for the first time in nearly a decade. Instantly, he’s was already in trouble, on his first weekend back. Before he could even get to tech inspection.

NASCAR sponsorship is hard to come by, especially for the mid-pack runners. Carl Long and MBM Motorsports signed a new sponsor. A NASCAR Marijuana sponsor had finally made it’s way onto the grid. Making history, the team scrambled to put the car together and get to the track. 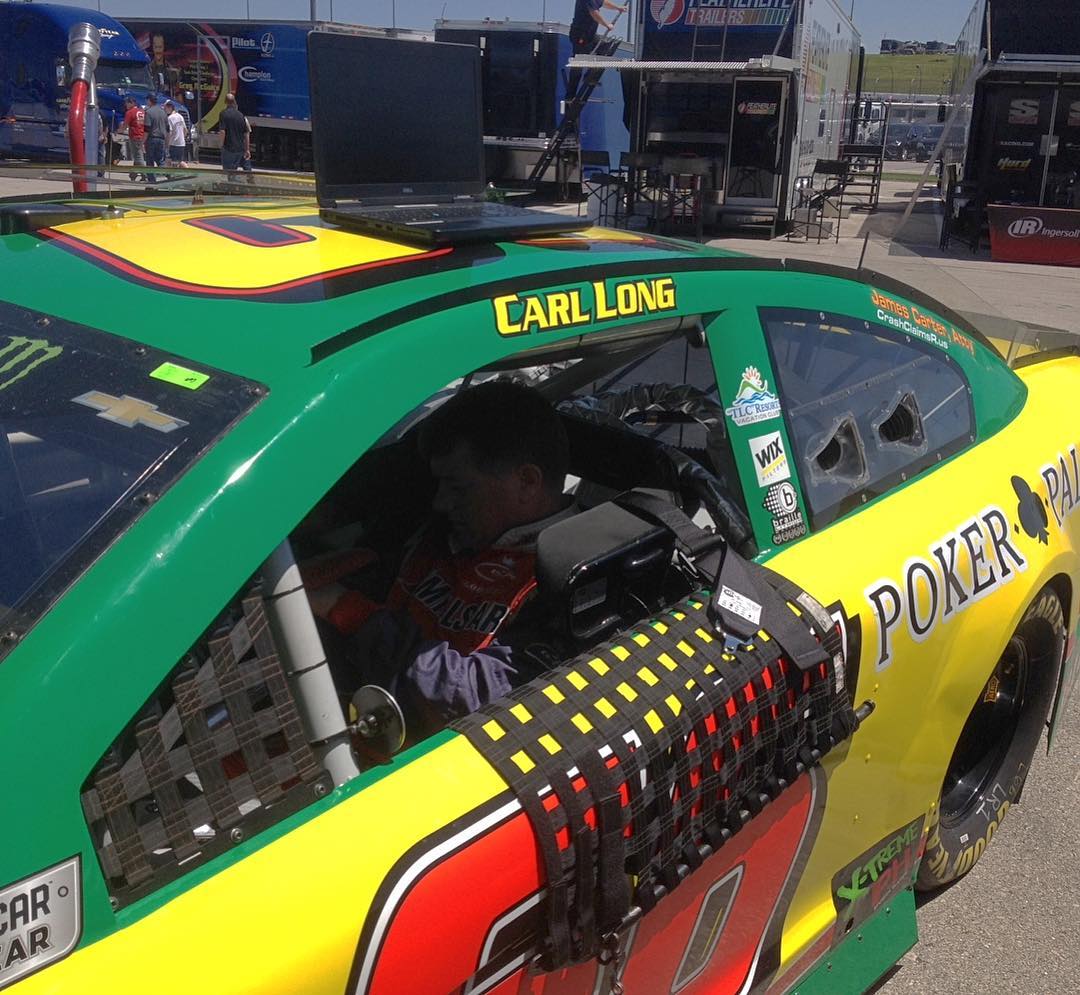 They made it there, at the last minute. But it turns out, that Colorado-based marijuana vaping company isn’t allowed in NASCAR. Series officials weren’t happy with Carl Long and the new branding, at all. At tech, they forced the team to remove the new sponsor logos from the car.

A silly move by NASCAR. We are at a point where Marijuana is widely accepted. It’s legal in many states across the US. Any sponsor can make or break a weekend for these little teams.

Until this weekend, Carl Long was prohibited from owning a NASCAR racecar or stepping foot in the Monster Energy NASCAR Cup Series garage area. A ban that’s been in place since 2009. He had an unpaid fine, totaling $200,000 for an oversized engine.

He appealed that ruling, lost. Though, that was a very steep fine for such a low-budget NASCAR team. So. despite the appeal loss, Carl Long just refused to pay the fine. Time has gone by since that ruling, a lot of time.

This weekend, Carl Long was suddenly allowed back into the NASCAR garage. This weekend at Kansas Speedway was his first return, since 2009. On how he was allowed to come back, Long keeps it short and vague, stating the sanctioning body reached an “agreement” on the matter.

Carl Long returned for the first time this weekend at Kansas Speedway. Unfortunately, before he could even make it through the NASCAR tech line, NASCAR had an issue. The new NASCAR Marijuana sponsor logo had to be removed from the car.

Ahead of the weekend Carl Long thanked his new sponsor, “Thru social media we have a new company based in Colorado stepping up to take the hood. Veedverks. They produce vape cartridges.”

The Marijuana company was prepped for weekend promotion, “In support of #66 Carl Long and his return to Monster Energy Nascar Cup Series, we are having a sale! Shop now at www.veedverks.com and when you use Coupon Code ” LONGSHOT” receive $66 off each Start Kit. Don’t wait! This sale will be gone faster than a race car!”

NASCAR officials stated it will not adorn the car the rest of the weekend.

NEXT POST
NASCAR Inspection Penalties – The Process is Broken