The answer is Michigan International Speedway in Brooklyn. 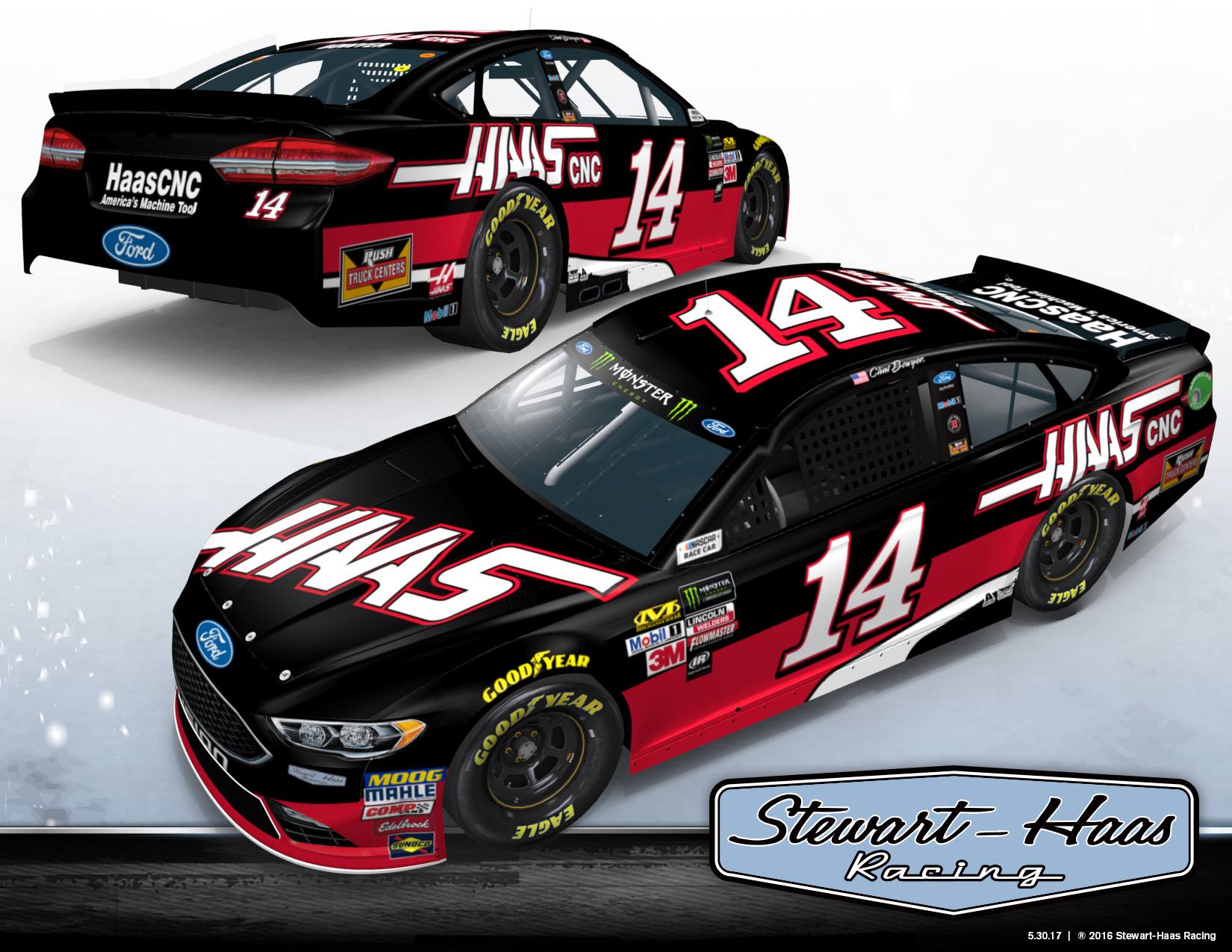 Clint Bowyer, driver of the No. 14 Haas Automation Ford for Stewart-Haas Racing (SHR), shakes his head when he describes Michigan.

“She’s a fast, fast racetrack,” Bowyer said. “It always gets your attention.”

Bowyer hasn’t won at Michigan, but his one top-five finish and 11 top-10s in 22 starts lends credibility when he talks about what it will take to win Sunday’s FireKeepers Casino 400 Cup Series race. 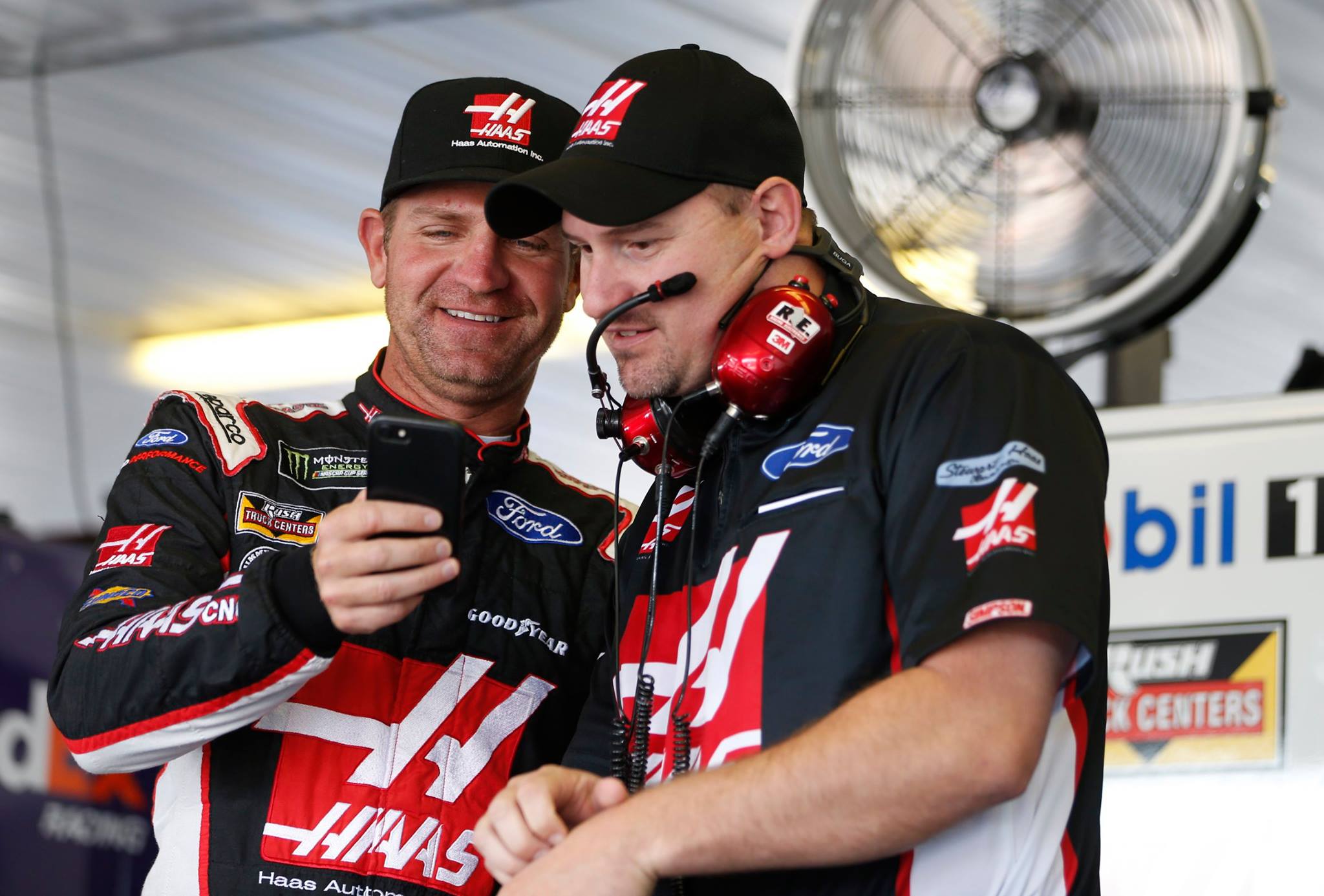 “You have to have grip and a ton of horsepower,” said Bowyer, who has scored the ninth-most points in the last 10 Michigan races. “If you have both of those, you will be just fine.”

Bowyer said finding grip will also be a key to success at the high-speed track and even wondered if NASCAR and track officials will add VHT resin to the surface to increase grip, like it did at Charlotte (N.C.) Motor Speedway last month.

“I think Michigan is relatively one groove, so it will be interesting to see if the old VHT is going to show up in an attempt to make it a multi-groove track,” Bowyer said. “As the track ages, it will keep getting better and better. Right now, it seems the middle groove is where you want to be.”

Bowyer arrives at Michigan with momentum despite finishing 17th at Pocono (Pa.) Raceway last weekend after contact with the wall early in the race. It’s been a good run in 2017 for Bowyer and the Mike Bugarewicz-led team. Bowyer replaced three-time champion Tony Stewart, who retired from NASCAR racing at the end of the 2016 season. In his first year at SHR, Bowyer has posted two top-fives and five top-10s. 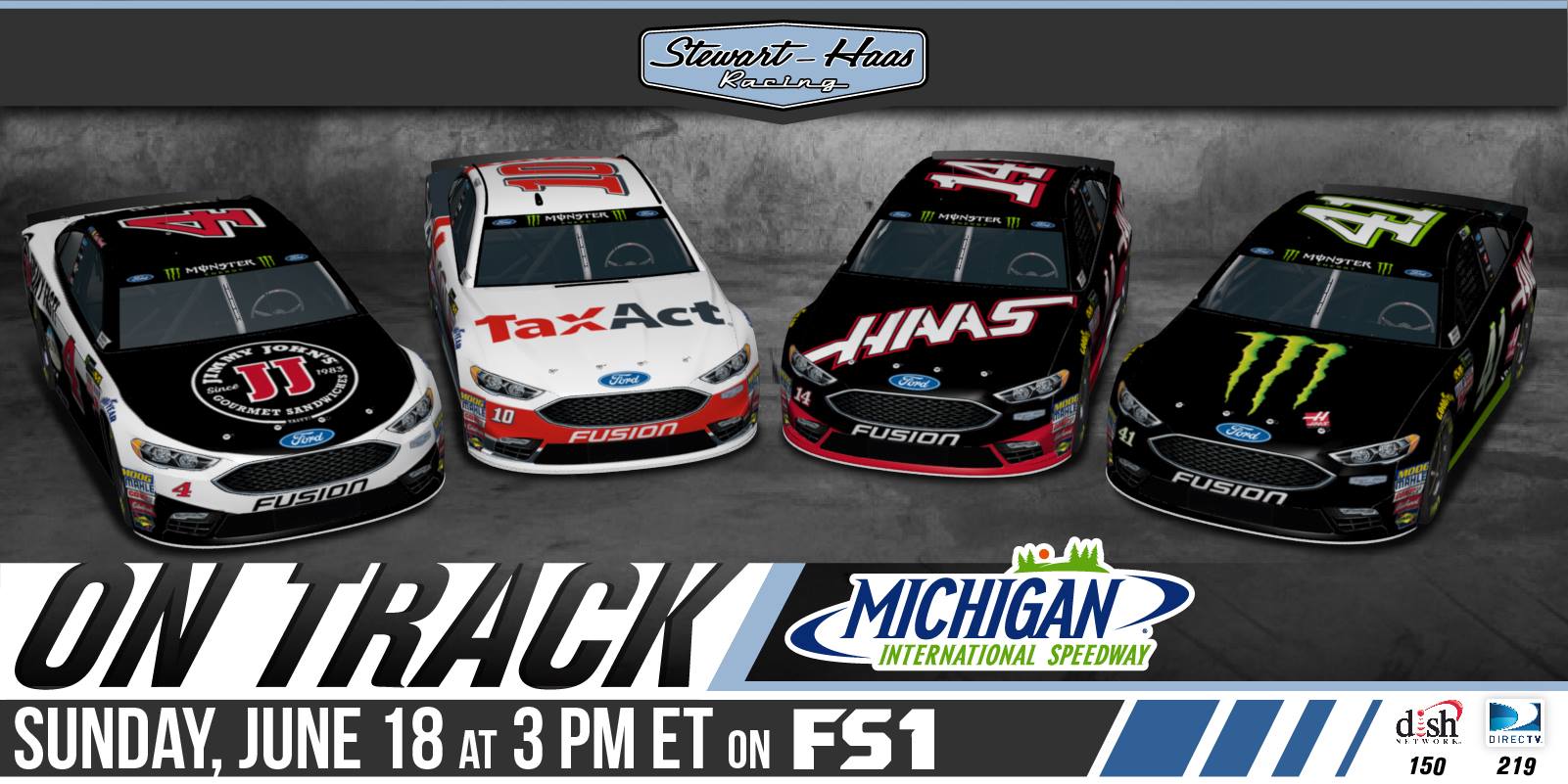 Bowyer will debut a new Haas Automation paint scheme this weekend. His car will reverse the red and black the No. 14 has campaigned in 2017. SHR plans to run this scheme in the remaining races it carries the Haas Automation livery.

Bowyer will enjoy a little extra support this weekend. Ford Performance headquarters in Dearborn, Michigan is about 70 miles from the speedway. Ford joined SHR in 2017 and the combination has already produced a Daytona 500 victory, nine top-fives and 22 top-10s.

Bowyer has driven for each current manufacturer in NASCAR. He said Ford support has been key to SHR’s success this year.

“It’s been really cool getting to know the Ford folks this season,” Bowyer said. “What I like about Ford is the people you see in our race shop or at the track are the decision makers. If you have a suggestion, they are right there to listen to anything you have to say. I know we are going to visit with a ton of Ford folks this weekend, so winning at Ford’s home track would be pretty awesome.”

CLINT BOWYER, Driver of the No. 14 Haas Automation Ford Fusion for Stewart-Haas Racing:

Does stage racing reduce the number of fuel-mileage races?

“The stages, for the most part, have helped the fuel-mileage racing. Fuel mileage showed up at Charlotte, but that was a 600-mile race. That’s an exception. Hopefully, we won’t see that this weekend in Michigan. It’s part of the sport’s strategy and it’s cool every now and then, but I think all of us want to see a cool, side-by-side finish.”