In terms of NASCAR, it one of the smaller teams within the NASCAR garage. In reality, none of these team are ‘small’ but it’s ‘tiny’ in NASCAR terms.

Anderson finished 17th at Gateway Motorsports Park. That nearly topped his best finish of the season. He finished 15th at Texas Motor Speedway, the week prior.

Upon exiting Gateway Motorsports Park in St. Louis, the team had options:

A) Unload the track in a parking lot and put in the setup for Iowa.

B) Drive back and fourth between Gateway, the primary shop and then to Iowa.

C) Ask for some help from the racing community and create a new waypoint.

This is where Kenny Wallace stepped in to help. Kenny Wallace, former NASCAR driver, turned ‘redneck’ dirt racer has a shop in St. Louis. 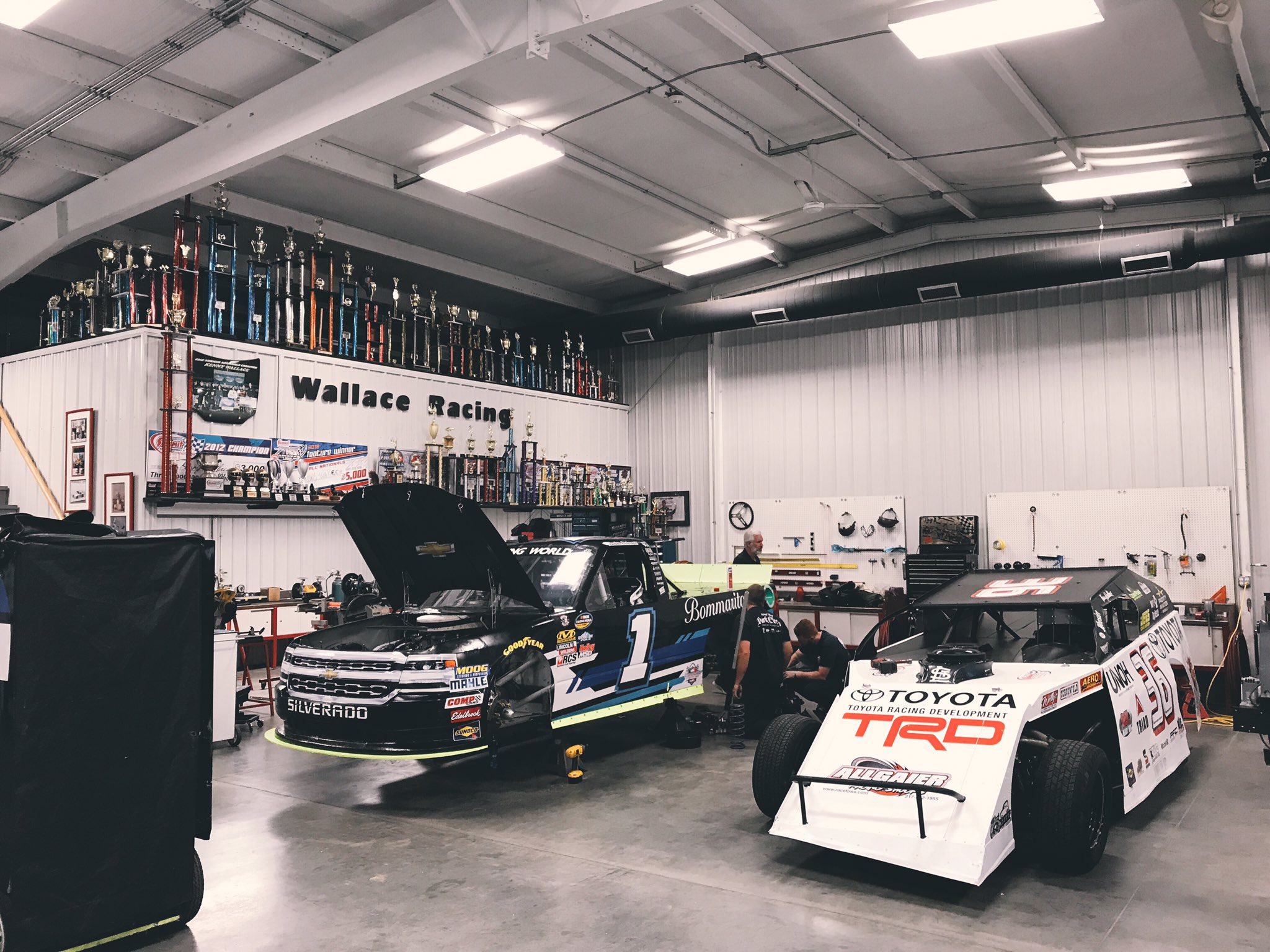 So, as Kenny Wallace loaded up and took his modified to the DIRTcar UMP Summer Nationals event. His race shop remained occupied by the NASCAR Camping World Truck Series machine.

Jordan Anderson used the shop to install the setup for Iowa Speedway, swapping out the Gateway setup. They also needed to swap out the sponsor decals. For Gateway, local car dealership empire Bommarito Automotive bought placement on the #1 truck. Rusty Off Road was billed to fill the same placement, at Iowa Speedway. 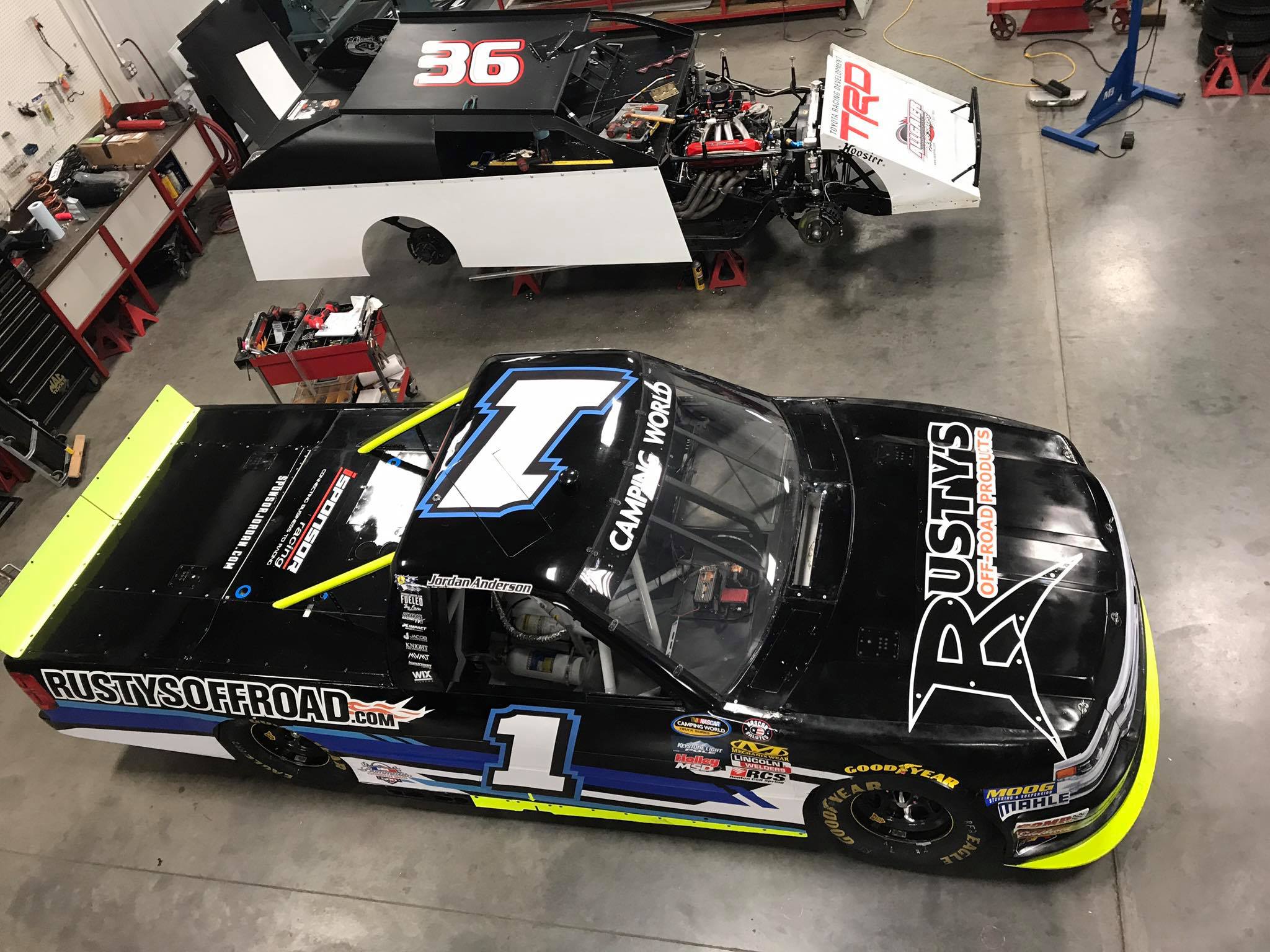 And it’s an awesome sight. I’m not entirely sure why I find these images so fascinating. I think it’s the stark contrast in the machines.

I love seeing dirt racing and NASCAR in the same photo. They way worlds collided and the overwhelming willingness to ‘help out’ a racer ‘from a different world’ in need.

We are in the the days of NASCAR where teams have row after row of fully prepped racecars, ready to go racing for the entire month. It’s not every day you see two racecars from completely different worlds parked side-by-side. It’s beautiful.

When the truck was ready to go, Anderson tweeted, “Super thankful to Kenny, his family, and crew for their awesome hospitality and letting us crash at his sweet spot for the week! We’re in good company!”

Kenny Wallace on NASCAR, dirt racing, the roval and costs