Bobby Pierce heads into tonight 13 points ahead. However, trouble followed hot laps. The motor didn’t sound right so they swapped out the Dream car for the backup car. 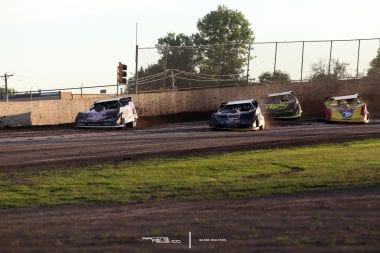 Heat 1
Chris Simpson took the early lead on the bottom in the first heat race of the night. Tim Manville started on the top and stayed on the top, until it worked. Which it did, Manville drove around Simpson. The #32 mimicked his line after. Manville drove to the win.

Heat 2
Tony Jackson Jr also got moving on the high side. Dennis Erb Jr almost made the bottom work. He pulled him at the line at the 1/2 point. Jackson picked up the pace from that point on. Erb lost momentum and settled for 2nd.

Heat 3
Mind games at the start of heat 3. Shannon Babb and Brian Shirley filled the front row. The each gassed the throttle twice in turn 4. Each trying to bate the other into letting off the throttle. Babb was the early leader. Shirley crossed him and took the lead in turn 1. Babb did the same back the next lap. Babb would hold on to win heat 3. 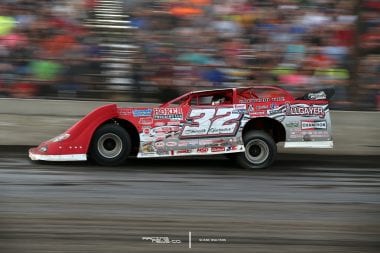 Heat 4
Bobby Pierce, Billy Moyer Jr and Ryan Unzicker were the first group to try 3 wide in turn 1. Billy Moyer Jr probably thought he was as high as anyone would go. Pierce found a hold between the right rear of Moyer and the wall. On the gas, he made it work. Pierce drove to the heat race win, Moyer ran 2nd.

B-Main
Billy Laycock led flag to flag. He’ll fill out the tail of the main event.

A-Main
Green Flag. Tony Jackson Jr leads the field into turn 1. Jackson, Manville and Babb are 3 wide at the exit.

Jackson takes the lead. The drivers running the top are going to quickly find out the cushion is gone. The modifieds wore it out in the B-Main. Manville pressures Jackson early. 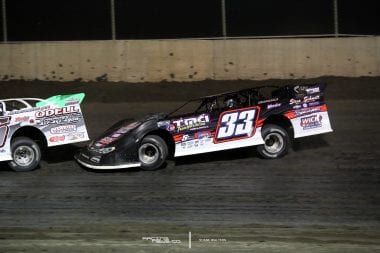 Manville drives hard on the bottom, he loses traction slides right under the fuel cell of the leader. Jackson begins to drive away. The race is for 2nd.

Within a few laps the field moves to the bottom. Chris Simpson and Dennis Erb Jr are coming through the field.

Manville and Babb now battle side by side for 2nd. Manville on the top, Babb on the bottom. The bottom prevails. Manville back to 3rd. Chris Simpson is next to tackle Manville, he around and up to 3rd. Dennis Erb is around him as well.

Dennis Erb and Chris Simpson now battle for 3rd. The leader is gone.

Lap 18. Trouble. Tim Manville has broken at the entry of 3. It won’t turn, he drifts of the track and makes light contact with the wall. He was running 2nd. 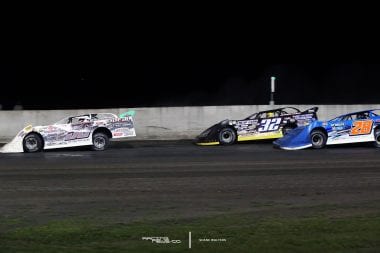 The field will re-set. A gift for Erb and Simpson. Tony Jackson Jr isn’t aware of it yet but the two fastest cars in the field are now lining up side by side behind him.

Chris Simpson tries the outside in turn 1-2. He lost a ton of time.

Simpson slips into the scope of Dennis Erb Jr, move Erb to 2nd. Erb catches the leader but where does he go? The whole field is running the bottom. 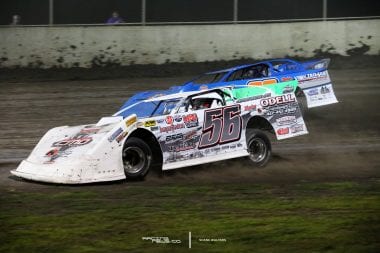 He gives it a shot anyway. Through the middle in 3-4. It doesn’t work, Jackson drives away. Laps are running out.

Jackson is glued to the bottom, Erb is continuing to run the middle. There’s no room to make a move on the bottom. Erb is trying to make it happen where he can.

Lap after lap, Erb is getting better through the middle.

1 to go! He’s got a big run! Dennis Erb Jr is even with Tony Jackson Jr at the exit of turn 4. It’s going to be a straight lined drag race to the start finish line. Dennis Erb Jr wins! By just 4 feet! 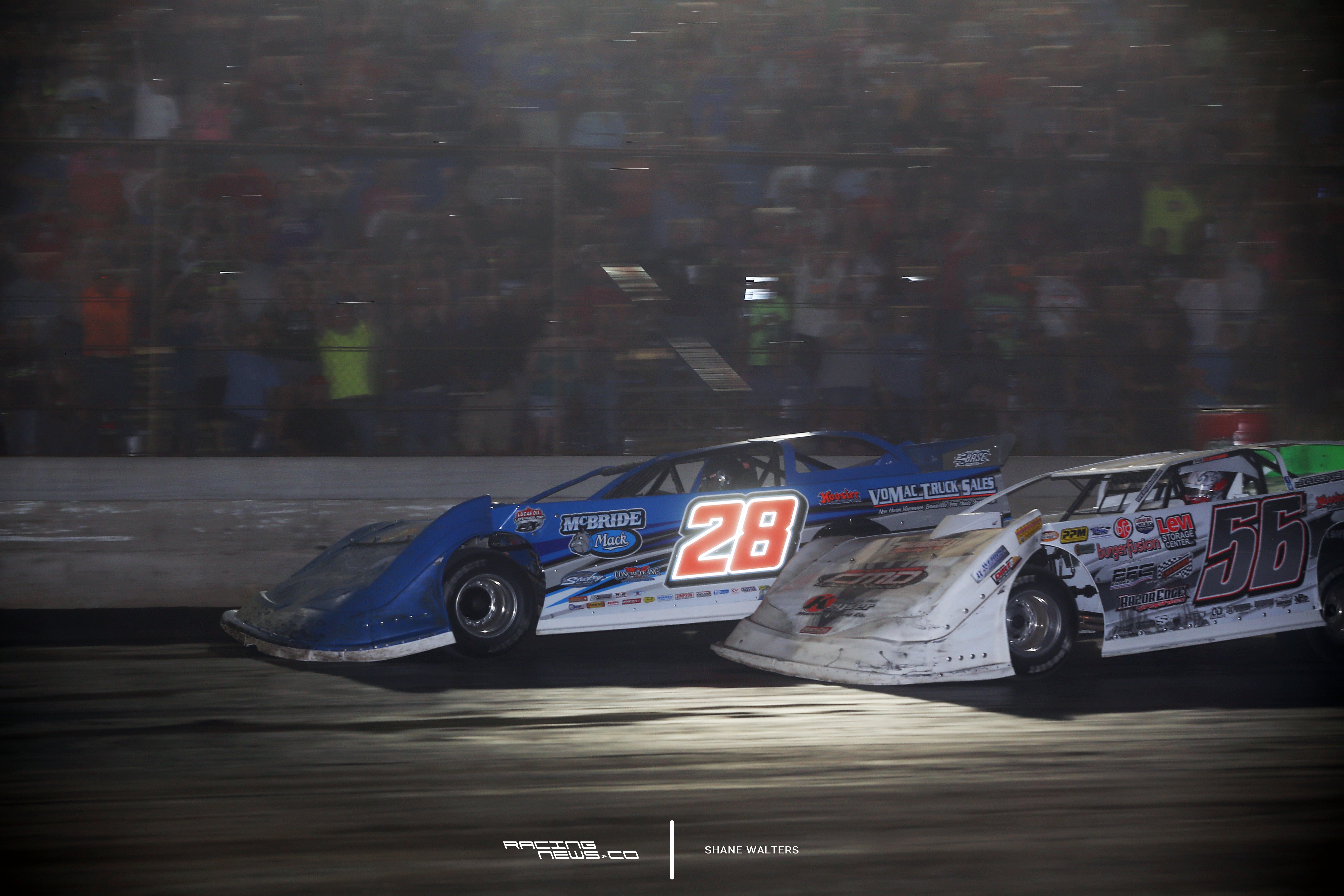 The crowd has erupted at Tri-City Speedway. The winner grabs an over-sized checkered flag. He drives backwards down the front straight, in front of the crowd en route to victory lane.