PEORIA, IL — June 18, 2017 — The Peoria Speedway stop of the DIRTcar Summer Nationals has been declared a completed event following a severe thunderstorm that halted the feature event after 20 laps.

The track is still too wet, and drivers have other commitments on Monday, which is their only free day on the relentless Hell Tour schedule. Meanwhile, the Summit Racing Equipment Modified Nationals portion of the event will move to Wednesday, June 21. 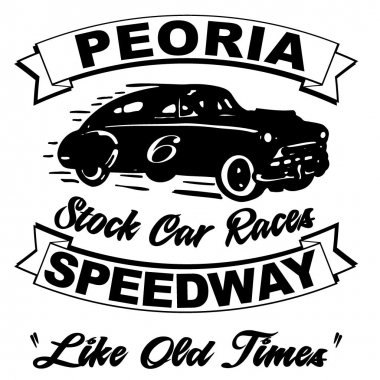 The event will recognize drivers for the positions they were running when the race was called, making Billy Moyer Jr. the official feature winner after surging past his father, who was setting the pace until then, and taking command on lap 15.

Bobby Pierce also passed the elder Moyer for second place on lap 15 and was looking to mount a challenge on Junior when a caution flag flew on lap 17 for Roger Rebholz’s stopped car in turn two. Pierce stuck with Moyer Jr. on the restart before the brewing battle was stopped by the rain on lap 20.

The elder Moyer was running third when the race was red-flagged, Brian Shirley was fourth and Billy Drake was fifth.