Tim McCreadie: No interest in running the Eldora Dirt Derby

Tim McCreadie on NASCAR and the Eldora Dirt Derby: “I’m a professional race car driver so I’m not gunna pay to drive a car”

Tim McCreadie is one of only a handful of dirt racers that gave NASCAR a shot. Typically, drivers will pick pavement or dirt. There’s not much of a crossover, which goes for open-wheel to NASCAR, drag to dirt and any kind of racing really.

Yet, in 2007, Tim McCreadie ran 6 races in the NASCAR Busch Series, now known as the NASCAR Xfinity Series. His best finish on the pavement came at Indianapolis Raceway Park, where he finished 12th.

Given Tim McCreadie is one of those select few that attempted the crossover, I had some questions. I caught up with McCreadie at a recent Lucas Oil Late Model Dirt Series event. As he signed autographs for the younger fans, we discussed the Eldora Dirt Derby.

Would you have any interest in running the Eldora Dirt Derby? 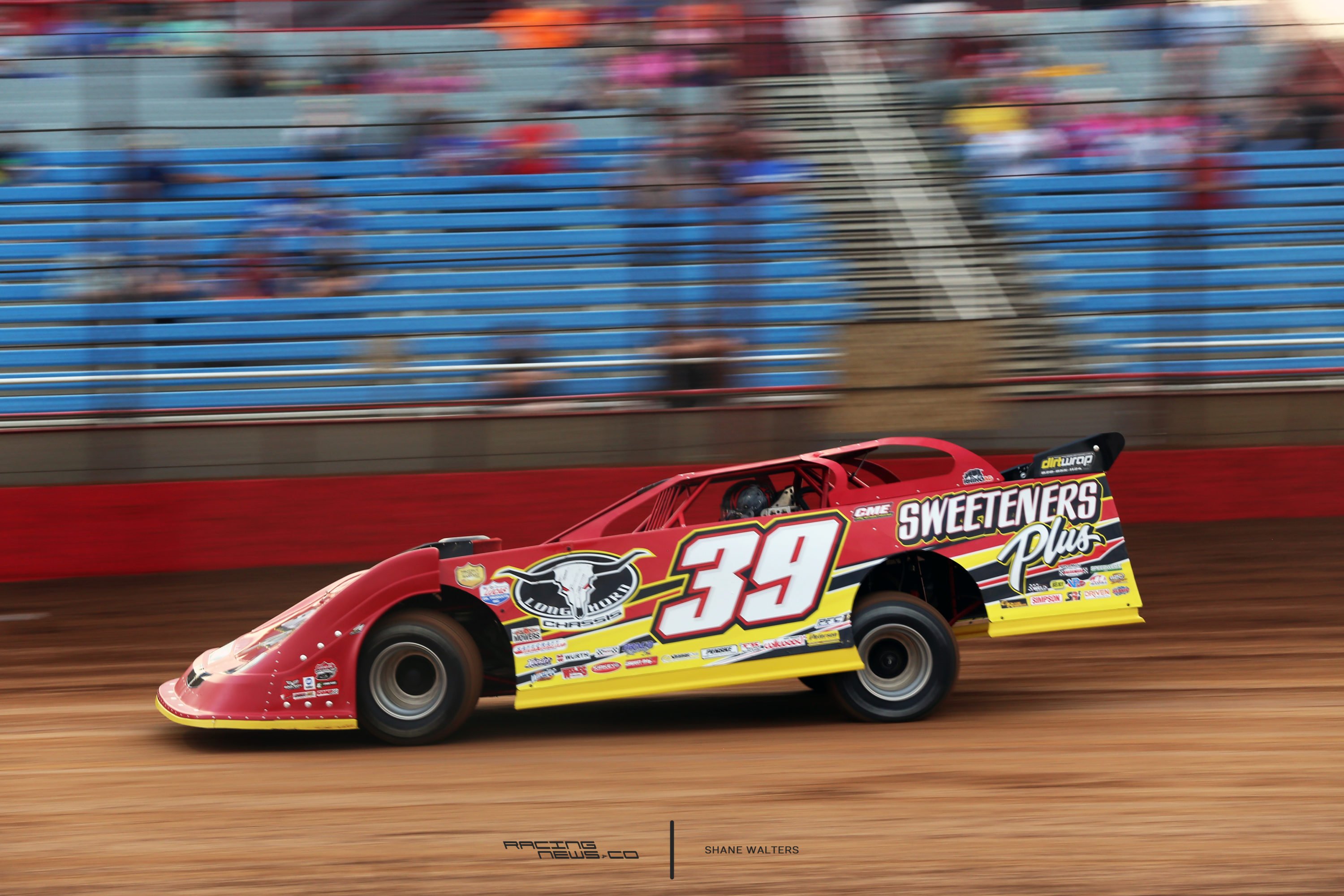 I’m a professional race car driver so I’m not gunna pay to drive a car.

That’s kinda the way NASCAR is now I guess?

McCreadie has a valid point to argue, “It didn’t work for Richard Petty that way, it didn’t work for Stewart. You know what I mean. That’s why there’s nobody in the grandstands is because people start buying rides and nobody knows who they are.”

He continued, “Don’t get me wrong. They’re good drivers, I’m not saying they’re not but you don’t build a fan base when you don’t see people race on the weekends.”

The racing ladder is very different to other professional sports. Tim McCreadie describes, “It’s not college football where we watch them guys on TV every week so we know who they are. We’re in a different situation.” 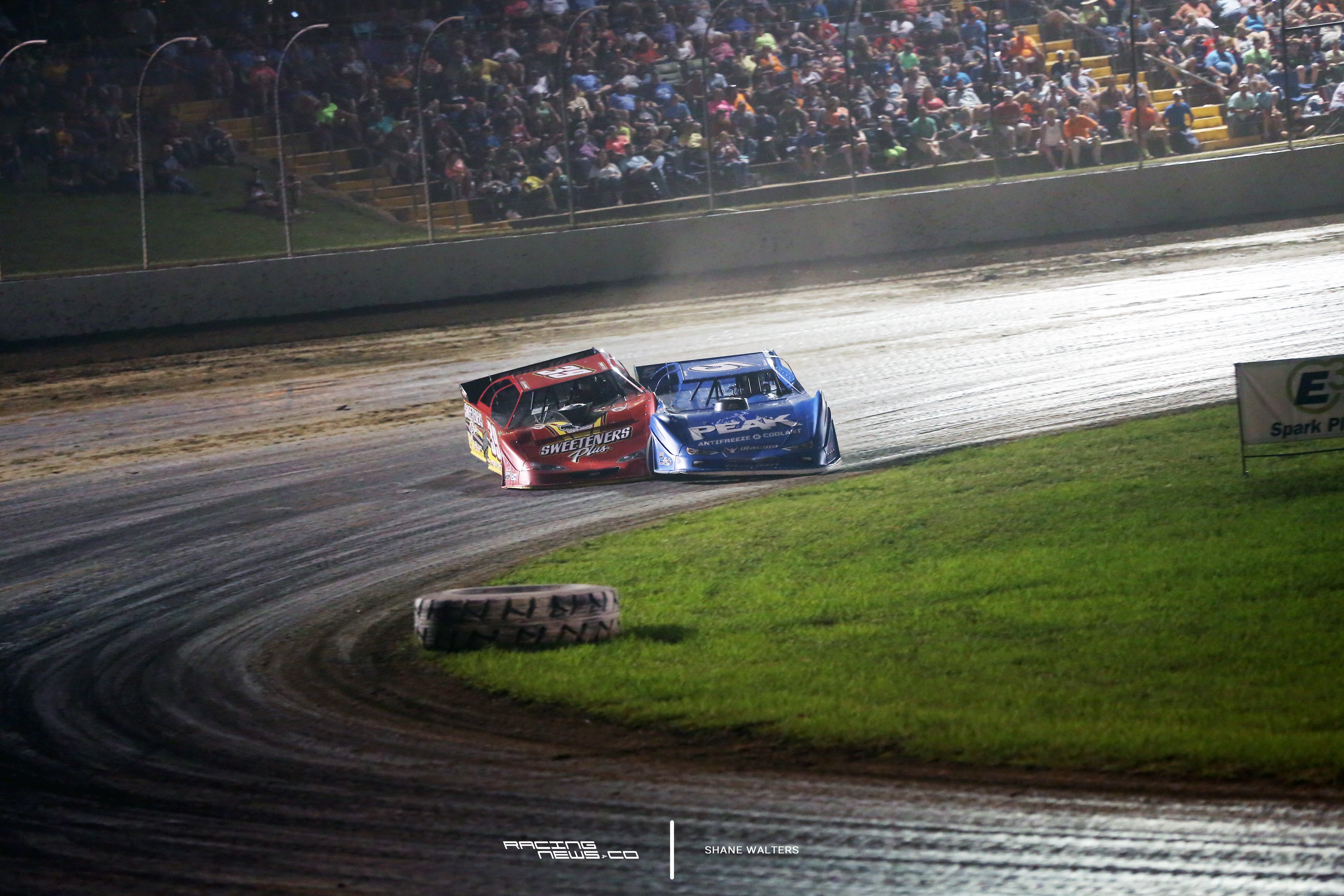 McCreadie comments on the racing ladder, “I’m a 43 year old man now. Some of these guys, I’ll be honest I’m pretty up on a lot of racing. Most of them and a lot of them, I don’t really know what they’ve ever done in racing.”

“I can watch ’em but I don’t really get a connection when it comes to… I really like the way the guy pulled that move off there because I watched him do it on Saturday night, 10 years or 8 years ago. And it was exciting when he beat the car who had 400 wins. It’s hard to have that same passion for that driver when you don’t know what he’s ever done.”

“You see it now. The guys that have passionate fans bases like the Keselowski’s and Logano’s. But when they first came up, they didn’t really have anybody [fans]. They’d won some of their races but it wasn’t the same.” 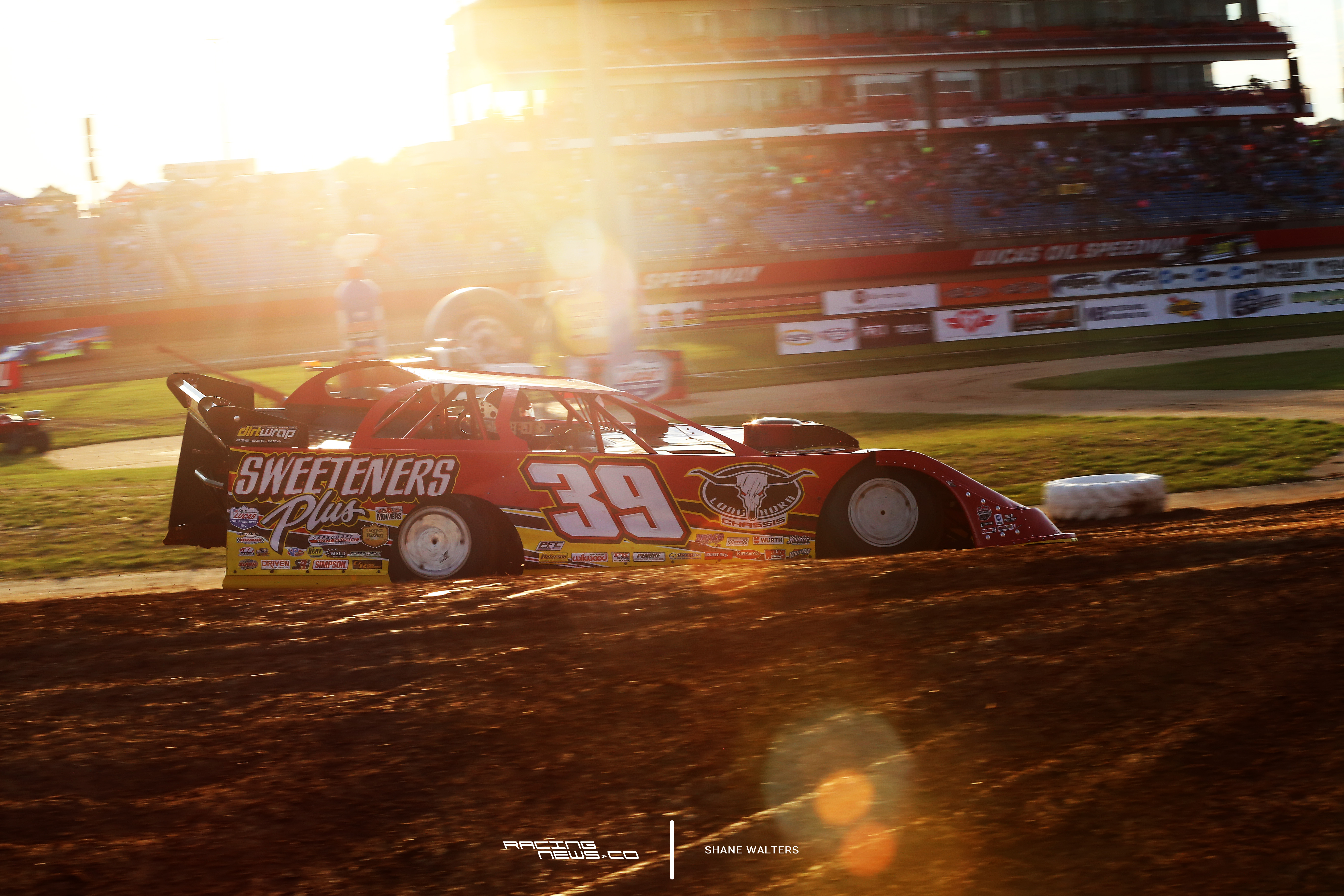 He explained, “But it’s hard to get a guy that works every week, you know a 50 year old guy or a guy in his mid-twenties, out there working real jobs to form a bond with a young guy that they’ve never seen, never race.”

Tim McCreadie wanted to be clear that it’s ok for racers to get seats anyway they can, “That’s not a knock on the people that are doing that. It’s just that’s my opinion.”

McCreadie talks about the start to his career, “When you had Dale Earnhardt Jr come up here, you knew who his old man was. I had a dad do the same thing. My dad’s got five or six hundred wins in his career. So when I started racing, they knew who I was. It helped you get name recognition. So, you had fans.”

Lets say someone offered you a NASCAR dirt truck ride. A paid ride. Do you take it? 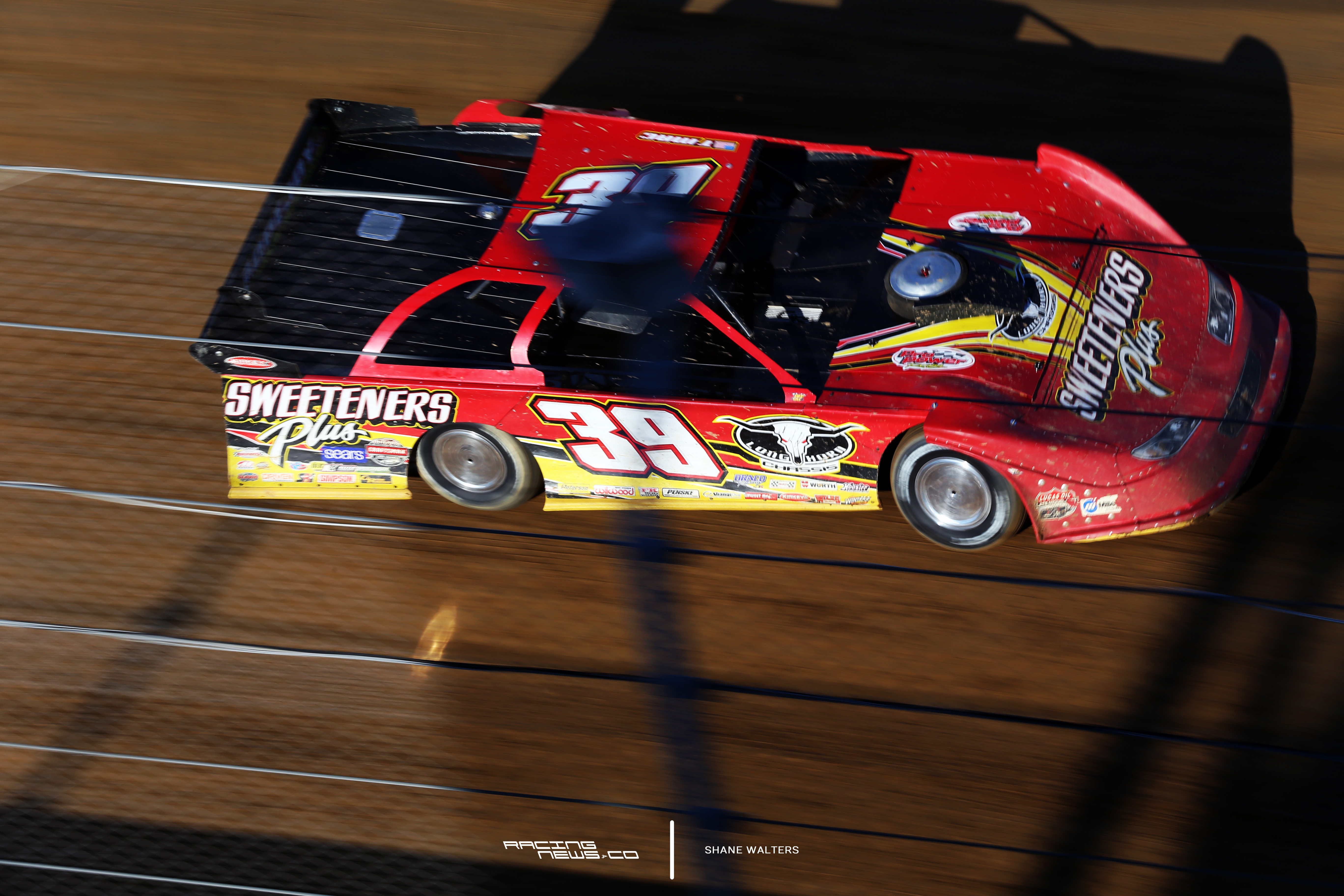 McCreadie states, “It depends.” On the equipment?

“Well, no. I mean I’d like to work together as a team. The Richard Childress deal was nice and I think they were 100% behind me. But I think with my experience level with the way they ran their team… I mean they had a championship level team with Kevin Harvick that was set on kill-to-win, every week.”

“Kevin Harvick couldn’t come and jump in my car, set on kill every week and immediately win. Because he’s never run dirt before and I’ve never run pavement before.”

“My first ever race on pavement in my entire life was at Milwaukee in a Busch car. So, I don’t have experience like some people even have with practicing on pavement. I’ve just ran dirt my whole life. It was just un-easy sometimes.” 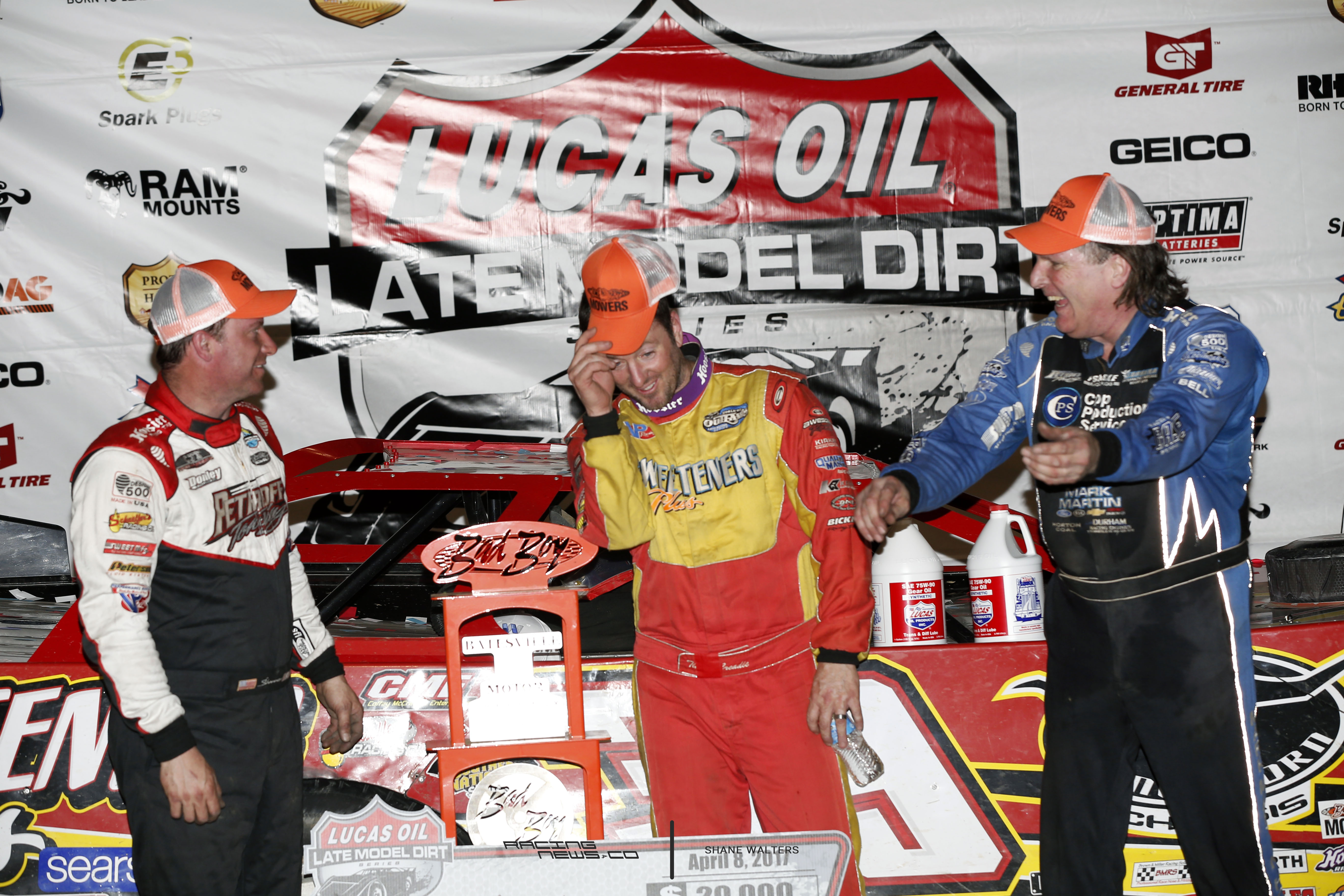 I can see the transition to pavement being difficult. But what I’m talking about is the one dirt race. The best NASCAR race on the schedule. I was persistent, just to be clear.

Would Tim McCreadie have interest in doing that if he was offered a ride?

Tim confirmed, “Well, it’s just like anything. You can’t just go in there blind and not at least sit in the seat. People think it’s amazing what Pierce and them guys do but I know they’ve tested ’em [the trucks].”

McCreadie was involved in early NASCAR dirt tests, “Hell, I flew down to Wytheville [Wythe Raceway] 3 years ago, or maybe 4 now and tested with Ron Hornaday to help get his truck prepared. It was him and Brennan Newberry. I tested both their trucks to help them guys get ready to go to Eldora.”

“Hornaday was really good but they knew what it took to do it. They needed some guy with experience, who they could trust.”

“You can’t just show up. Scott Bloomquist tried to show up and just go out there. And you saw what happened.”

The 2013 Mudsummer Classic, now known as the Eldora Dirt Derby didn’t fair well for Bloomquist. He started 7th in the heat, finish 7th. He transferred to the main. However, Bloomquist finished 25th of 30 dirt trucks.

Well it’s not like anything any of you guys have really driven.

Tim McCreadie confirms, “Yes. My opinion of them trucks, and it’s not a knock. Those street stock guys that race, have the same type of suspensions, same heavy cars. Those guys could probably do really well in that race. Just because they do it every week.”

I gained so much respect for Tim McCreadie after listening to him speak so honestly during this interview. Hopefully, it did the same for some of you.

Currently, Tim McCreadie is in a championship fight. He runs with the Lucas Oil Late Model Dirt Series on a weekly, year-long basis. At this time, McCreadie sits 3rd in the standing for the touring dirt late model series.

Tony Stewart has interest in running the Indianapolis 500

What does it cost to rent a NASCAR truck for the Eldora Dirt Derby?