Whittington on Super Late Models: “The track is more beneficial without them, unfortunately.”

Kankakee County Speedway is a 1/3 mile semi-banked dirt oval track located in Kankakee, IL. Like many local race tracks they’ve been running without Super Late Models. 2018 will be the 3rd year without super late models on the weekly class list.

“Before we made the decision to get rid of the supers on a weekly basis and just run a handful of specials with them, every year. We went back and looked at our point standings, from multiple previous years, before we made that decision.”

“It was amazing to me, how many guys had got out of racing or moved to a different division or just quit in general.”

“What’s frustrating to me is, I’m a late model guy. We just don’t have the late models in this particular area to support a class without only running 6-7 of them a night.” 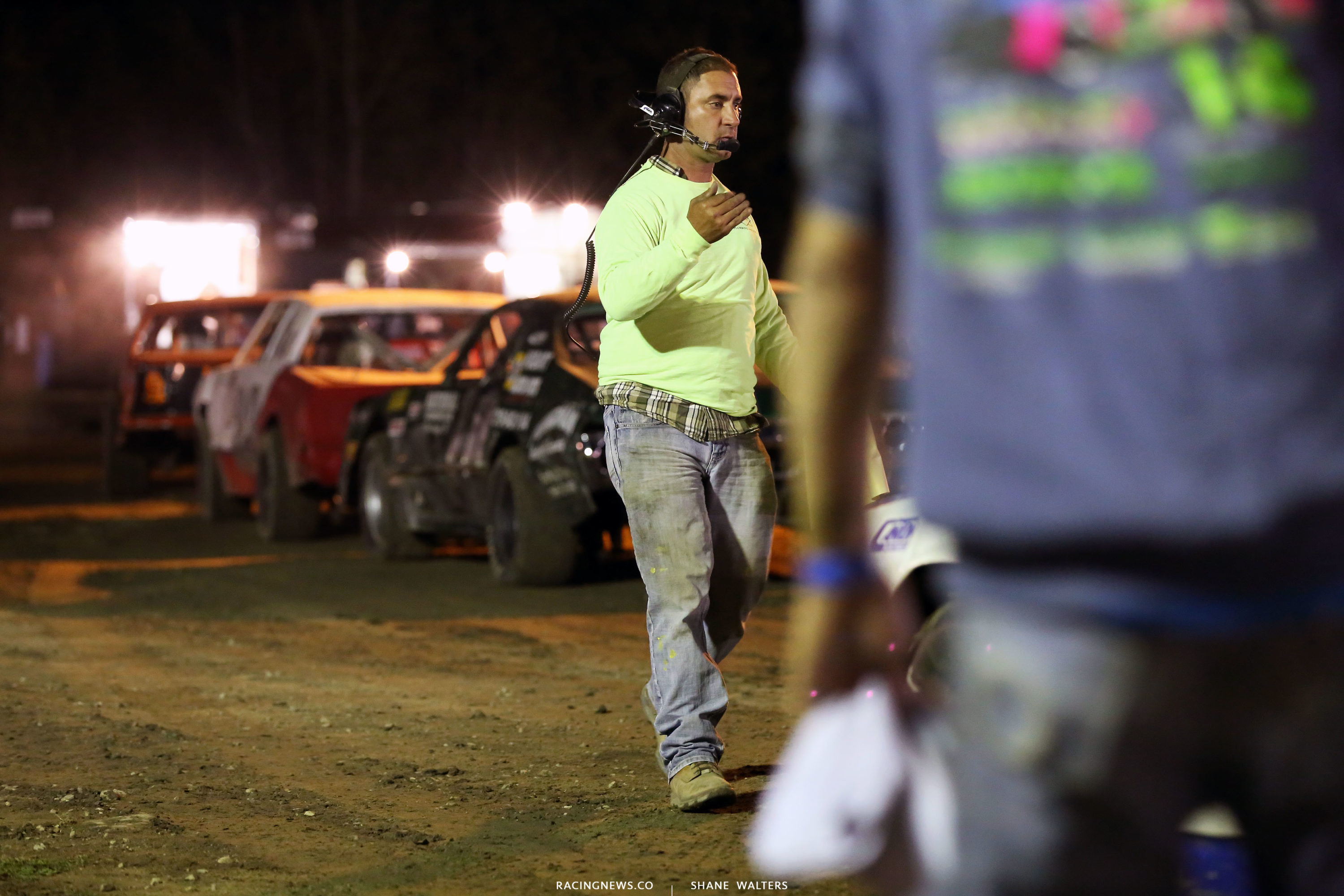 So, what you’re saying is… Once people get into the late model class, they get in for a year or two then disappear, instead of moving down a class?

“That’s what has happened to a lot of our guys.”

How do you fix it?

“The costs do need to come down. We can’t, as race tracks — and this is all of us… We can’t afford to pay any division, what they’re worthy of. To be able to keep all these guys racing, on a weekly basis.”

“Specials are different situations, for a lot of different tracks. But, on a weekly basis, we can’t, as facilities, afford to pay the late models $3-4,000 a win, per night.”

“Frankly, that’s what they need to be able to keep going. A lot of these late models are pulling out of the trailer with $70-90,000 in one car, maybe more.”

What would you suggest for getting costs down?

“A quick easy fix — guys would not like it, put a 2 barrel on ’em. That will eliminate the amount of horsepower that they can build. With less horsepower, comes less money into the motors.”

Related: “You need to take the wide bore motors out of the racing.” -Rick Salter

“Those two things right there would probably help get the costs down. Because, you wouldn’t need giant motors. You know, $50-60,000 motors. You wouldn’t want to if you had a 2 barrel carburetor.”

How are the weekly car counts?

“Our car counts this year have been great. In pro late models, we’ve been averaging 16-19 a week.”

Have you ever considered running specials only? A lot of promoters are telling me that’s the working blueprint to maintain black digits in the current time period.

So there’s not another track for them to go to around here?

“Not on a Friday night. The closest track would be Farmer City. So, they would have to travel, for an hour, pulling a trailer, one way, to get to another race track.”

“We’ve succeeded with that. Unfortunately, the super late model class, we couldn’t do it. Financially, we couldn’t have them on a weekly basis. It’s a shame, I absolutely love them and everybody else does too.”

“Just too much money, for nothing. They’re racing to lose money. It’s pretty tough.”

Related: Would Mark Richards like to see a rule change to force a reduction of car costs?

Related: “We’re at a crossroads in our sport of which direction to go.” -Jason Feger