How is it working with the Dirt Late Model Council?

To me this was one the greatest things I’ve seen for the sport, in years. It puts all the major dirt late model series directors, in the same room. They collectively make changes, together, for both the safety and the overall health of the sport’s growth.

Other sports might have a single sanctioning body that controls the rules at the professional and recreational level. In dirt racing, there’s 4-5 groups all shaping the clay a different way. Putting them in a room allows the rules to mirror one another which makes it easier for teams to cross compete.

Instead of each series going in completely opposite directions, they all move together in a mutually beneficial way. In most cases, this not only makes the sport safer but also far less costly to run a car across two alternative series. 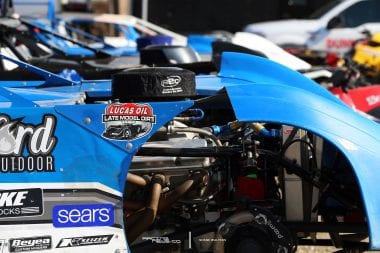 However, at the same time. It sounds like there might be some frustration. Which to a degree, was probably expected from the beginning.

Recently, the council got together and created a new tire rule. That rule was ‘no cutting or sipping’ anywhere, in any series. That rule was suppose to go into effect on July 1st.

The problem was… none of them acted on it. The Lucas Oil Late Model Dirt Series gave it a try at Tri-City. But that wasn’t until mid-July.

Lucas Oil Late Model Dirt Series director Rick Schwallie details, “It is frustrating. The whole council thing, I believe in it. I think there needs to be some unity in dirt late model racing with our sanctions.”

“But at the end of the day, any business person is still going to do what’s best for their own business. I can respect that.”

“So, if a regional tour has to go home and do something differently. That’s what they gotta do. That’s what’s best for their business.”

We all try to get along and do the same things

“We all try to get along and do the same things. Really, the safety initiative that we put in place this year… I’m proud of that because I don’t think that could have happened without the council. I think if we would have tackled that ourselves we would have had a lot more fight to put in, to make that happen.”

“That movement happened and so far this year we’ve had nearly 350 different competitors race with us. They’ve all been in full compliance with the safety equipment. I don’t think we would’ve pulled that off without the help from the council.”

“If there was no council. And other sanctions not doing it. Then, we wouldn’t have been able to require some very specific things that we require.” 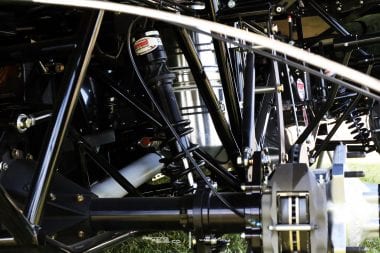 Rick Schwallie explains, “We require a 10 pound bottle for a fire suppression system. If it was just us on our own, we would have only been able to require say a 5 pound bottle. We wanted to take it as far as we could, if we were all going to do that same thing. For that purpose, it’s been excellent.”

“As far as tire rules and some frustration we’ve had there certainly. To me, with the tire rule stuff, we’re just trying to listen to what our customer base is telling us. Overwhelmingly, we have people asking us for no cutting and sipping of tires.”

“The jury is still out a whether or not it’s best or not. But I don’t think we can dismiss it without giving it a legitimate shot. So, that’s why we’re staying true to what we said we were going to do all along.”

He concluded, “The other sanctions, they’re doing what they feel is best for their sanction, their business. We can handle that.”