One day, I knew Rick Schwallie as dirt late model photographer. I blinked. He partially put down the camera and picked up the role as series director of the Lucas Oil Late Model Dirt Series.

How did that happen?

Rick Schwallie, “Well, I started in 2005, when the series started. I’ve worked for Lucas Oil since then. I worked for the Renagade Stars Series since the 1999 season. That series was bought out by the Stacker 2 Extreme Series in 2004.”

“In the ’04 year, I learned a lot about the promoting side of the sport. At that time, I had a full time job as an electrician. I still maintain all my licenses, even today for that. In the off-season between 04-05 is when I quit my job and went out on a limb I guess to do this.”

“Since 05, I’ve been a part of the scheduling. A part of coordinating stuff for the events.”

“My wife works for us for time too. She does accounting for the series.”

I’ve been to every Lucas Oil Late Model Dirt Series event thus far in 2017. I can conservatively say nearly every single race is either sold out completely or close to it.

Other forms of motorsports have witnessed a steep a decline in attendance. But it’s not just motorsports. Most forms of sports in general are in a decline, the NFL, MLB and NASCAR included.

Not the case for the national dirt late model scene. I haven’t toured with the series before. I was curious if that was normal. Or perhaps, the LOLMDS has seen a spike in 2017?

Related: Dirt Racing is a growing threat to NASCAR

Rick Schwallie states, “We keep numbers, ever since we started. You have to rely on the promoters to tell you the attendance because we don’t promote any of the events ourselves.”

“Every event we have on the tour is promoted by a promoter that owns the racetrack. In one case, Tony Izzo Jr promotes another event at another race track that he doesn’t own.”

That one off promotional event by a non-owner was Luxemburg Speedway.

Rick Schwallie details, “Our crowd attendance is excellent. It’s as good as it’s ever been. We’ve never seen peaks and valley’s in that, it’s stayed pretty much where it’s always been. It’s had some growth and you can tell that growth by our purse changes.” 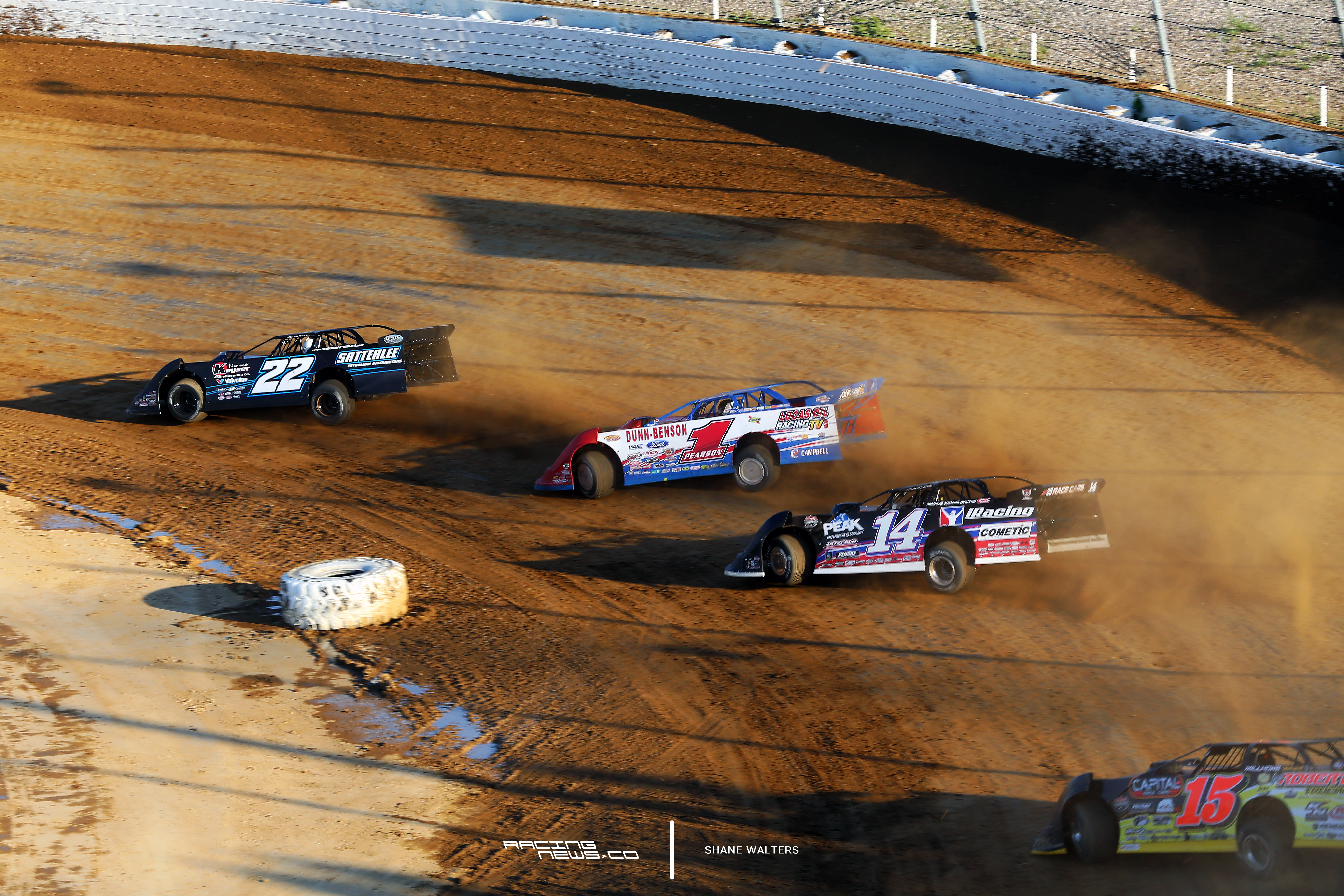 “As our growth is there for the promoter, the risk has grown as well. As we increases our purses.”

What risk? Well, if you have a high payout you need the crowds to support it. On most nights, the crowds are knee to knee in the grandstands.

However, in some cases weather might be in the area. That might hurt your attendance a bit. Even if you get the show in, it might make the night difficult on the promoter.

Have you seen a spike, this year?

Rick Schwallie confirms he’s seen steady growth, “We’ve had a great attendance record this year. It’s not, I don’t feel like, any different than what it’s been the last 2 years.”

5 years from now… Where do you see this series?

Rick Schwallie has big travel plans, “Future goals would say… I’d like to see the series go to some point on the West Coast.”

The Lucas Oil Late Model Dirt Series is exploring the map. Recently, the national dirt late model tour made their first trip to South Dakota. Brown County Speedway sold out days in advance and had to rent more grandstands to seat the crowd.

On heading west Rick Schwallie details, “That’s been something that we’ve actually put a little bit of work into. But, the tracks on the West Coast are really, open wheel tracks. They’re not as receptive to late model cars.”

“The little smaller purses that they’ve ran in late model races have not faired well for them. So, to tackle a big purse, like our shows are. It’s really scary to them. That’s the opposition we face, but I’d like to get it that far out West.”

Schwallie places a pending pin on the map, “Like California or Arizona. That would be a bucket list thing for us to see in our future.”

Other sanctioning bodies have some rules that limit the schedule. If you’re a member of their weekly sanction, the weekly contract automatically places limits on the list of competing series that you can welcome to your track.

So, with the exception of the older tracks, that are grandfathered in, you end up with many track in the midwest that only host events from a single sanction. They simply aren’t allowed to bring in anyone else.

I would imagine that makes it hard for the Lucas Oil Late Model Dirt Series. Many tracks are simply off limits. Scheduling of the national dirt late model tour is limited, per the local rules of many tracks.

Rick explains the way Lucas handles track relationships, “Any track promoter that we have a race with… We never tell the track that they can’t run or can run a race.”

He concludes, “To us, it’s up to the racetrack to do whatever it takes for that track to survive and have revenue steams. That’s not our decision to make. So, that’s why we don’t do that.”