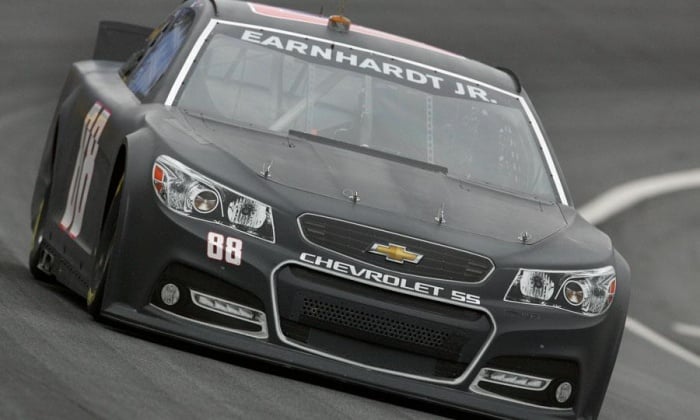 The multi-car wreck, which occurred almost an hour into the four-hour afternoon session, was triggered by contact between Marcos Ambrose and Dale Earnhardt Jr. at the front of the pack. By the time the smoke and dirt cleared on the backstretch, 10 cars were headed to the garage.

The wreck temporarily halted the first major drafting sessions of the 2013 season on the 2.5-mile track. Biffle was one of several drivers to find the new car a handful in traffic, saving his car from a near spin at the exit of turn four earlier in the session.

In the morning session, Jeff Burton surged to the top of the Day 2 testing leaderboard in his No. 31 Richard Childress Racing Chevrolet SS, clocking a lap of 194.805 mph. He was followed closely on the speed list by Childress teammates Kevin Harvick (193.557) and Paul Menard, who ranked fourth-fastest at 192.963.

Defending Daytona 500 champion Matt Kenseth, who topped Thursday’s opening session, was third-fastest early Friday at 193.121 mph in the fastest Toyota. Biffle ranked fifth overall on the speed chart with the fastest Ford at 192.719.

The first session was interrupted by two caution flags, including the first crash of the sixth-generation car. Dave Blaney smacked the outside wall on the exit of turn 2, damaging the right side of the No. 36 Tommy Baldwin Racing Chevy. Blaney was uninjured, but the incident brought an end to testing for the single-car team. The other caution flew for debris.