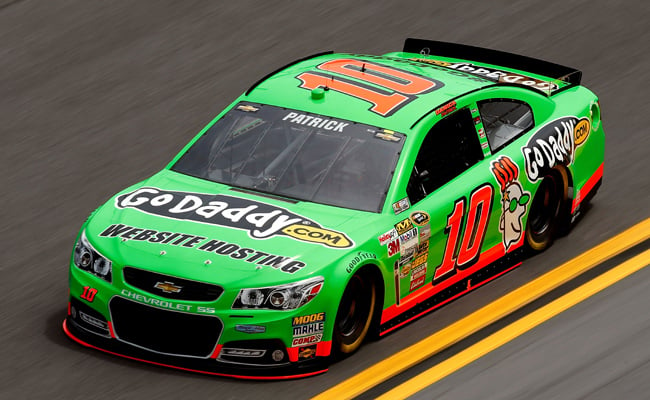 Danica Patrick’s hot start to 2013 is no fluke.

The Stewart-Haas driver showed she’s more than capable of running with the rest of the pack on Sunday, notching the first Coors Light Pole by a woman in Sprint Cup Series history during qualifying for the Daytona 500 at Daytona International Speedway in just her 11th career start. For the 11th consecutive year, there is a different pole sitter for the Daytona 500.

Patrick’s qualifying time of 45.817 seconds positioned her atop the leaderboard early in the day and her top speed of 196.434 mph is the fastest Daytona 500 qualifying speed since Ken Schrader’s Chevrolet topped out at 196.515 in 1990. The driver of the No. 10 GoDaddy Chevrolet also becomes the first Sunoco Rookie of the Year candidate to win the Daytona 500 pole since Jimmie Johnson in 2002 and the first woman to qualify for The Sprint Unlimited.

Prior to Sunday, there had been just two Coors Light Poles earned by a woman, Patrick last year at Daytona and Shawna Robinson in Atlanta in 1994, both of which came in NASCAR Nationwide Series competition. This will be the best starting position for a female in Sprint Cup history, eclipsing Janet Guthrie’s starting position of ninth at Talladega and Bristol, both in 1977. In 1980, Guthrie started 18th in the Daytona 500, formerly the best start for a woman in Daytona 500 history. She finished 11th in that race.

“I think that says a lot about the team, a lot about Stewart-Haas Racing, a lot about how much work was done over the winter and how they’ve adapted to the new car,” said Patrick. “This is very much a team pole.”