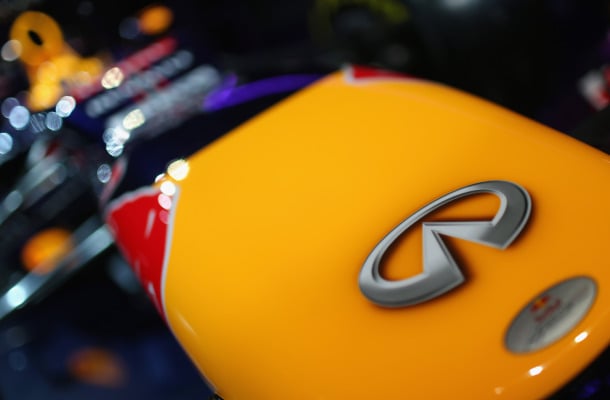 Mark Webber sent Red Bull to the top of the timesheets for the first time this year as pre-season testing resumed at the Circuit de Catalunya in Barcelona, Spain on Thursday. Webber set his fastest time of the day on soft tyres in the final half hour of the afternoon session, after rain had blighted much of the morning running.

“It was pretty heavy, I must say,” commented the Australian, the ninth different driver to top the times in the nine days of pre-season testing so far. “There was a big tailwind down to Turn One. And in other sections it was pretty dusty. The level of wind wasn’t trivial but to be honest it was tricky enough anyway because of the greasy conditions on the track.

In the same late afternoon flurry of activity that saw Webber set his quickest lap, Mercedes’ Lewis Hamilton clocked the second-fastest time. The 2008 world champion, who headed the times in the morning, completed 113 laps – the most of any driver on the day.

“The track started out really wet this morning but thankfully the conditions dried out later on and we were able to complete some proper running,” said Hamilton. “It felt good to work through the race simulation this afternoon; both to get myself back in practice and to put valuable miles on the car.

“All the guys have done a fantastic job both here and at the factory. I’m really happy that we’re making progress together and very much enjoying working with everyone. The last couple of days of pre-season testing are always really exciting when everyone starts to add their upgrades so I’m looking forward to the weekend”

Third quickest on the day, having completed 59 laps, was Jean-Eric Vergne in the Toro Rosso STR8.

“Not the best of days, because we had many things to test and the rain meant we were not able to get that much done, but we have to remember that the other teams have similar programmes and the rain affects everyone,” said a philosophical Vergne.

“Nevertheless, I did plenty of laps, which is good for me and good for the new car to do a high mileage. The car seems to behave really well in the wet and it also felt good in the dry, during the few laps I managed at the end of the day.”

Williams’ rookie Valtteri Bottas was fourth fastest as the team continued to accumulate mileage in the FW35.

“The conditions today made it difficult for us to complete our planned programme, but we were able to get some useful tyre data,” said Williams’ technical director Mike Coughlan.

“It was good mileage for Valtteri, as he was able to try a mix of tyres running from the wet, onto the intermediate and finally onto dry tyres this afternoon. It’s a good grounding for him and he brought the car home safely despite the tricky track conditions.”

Marginally slower than Bottas were the Mexican duo of Sergio Perez – in the McLaren MP4-28 – and Esteban Gutierrez in the Sauber C32. Paul di Resta was seventh fastest for Force India, although Adrian Sutil was the team’s biggest media draw, having had his race seat announced over the lunch break.

“Quite a disrupted day with the constant rain showers, but it gave me the chance to run in the wet conditions and gain some knowledge of the wet weather tyres,” said Di Resta. “That should mean we’re prepared in case we get a wet race early in the season.

“The temperatures were low today and not that representative, so we saw a big variation in lap times. Late in the day the rain eased off, which gave us a run in the dry, and we were able to check some things ahead of the weekend when the weather is expected to improve.”

Felipe Massa was eighth for Ferrari, but completed the second-most laps of the day – 112 – as he undertook aerodynamic tests in the morning and a race simulation in the afternoon.

Marussia’s Max Chilton and Caterham’s Charles Pic rounded out the top ten, with Lotus’s Romain Grosjean a distant 11th for Lotus after having a minor off in the morning session and then spending the afternoon conducting work on the team’s double-DRS device.

Testing continues at the Circuit de Catalunya on Friday.

NEXT POST
F1: Romain Grosjean ‘Did Not Learn’ From 2012 Mistakes Says Villeneuve