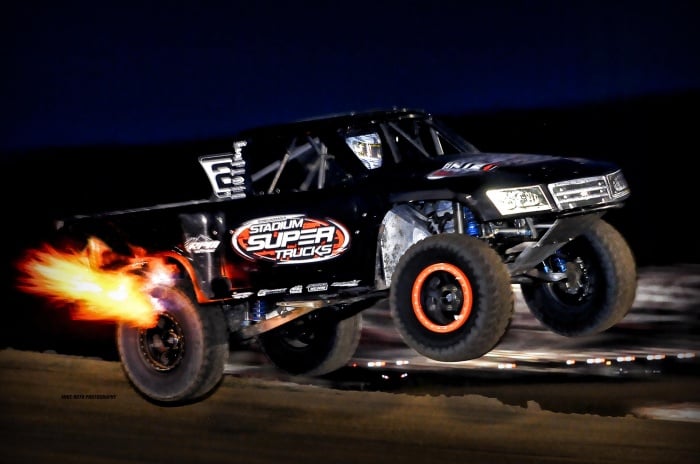 Traxxas®, the Fastest Name in Radio Control® has announced their commitment to a two-truck franchise for the inaugural 2013 season of Robby Gordon’s Stadium Super Trucks Series (SST), becoming the first official multi-truck team.

“Stadium SUPER Trucks are the natural indoor compliment to short course off-road racing in the Traxxas TORC series. The relationship is much like Supercross® and AMA outdoor motocross” stated Traxxas President, Mike Jenkins. “Traxxas is always at the forefront of exposing the fun and excitement of off-road racing and we can’t wait to bring it even closer to home as part of the Stadium SUPER Truck series.”

Mike Jenkins, himself a seasoned off-road competitor, will drive the No. 47 Traxxas Slash SST. The driver of the second truck will be announced in the coming weeks along with the team’s official tire manufacturer.

“To have Traxxas commit to a multi-truck franchise in Stadium SUPER Trucks is awesome and an absolute honor,” stated Stadium SUPER Trucks President, Robby Gordon. “With Traxxas continued support of off-road racing, involvement in Stadium racing will be a direct correlation back to the consumer as the trucks competing on the track are modeled after the company’s wildly popular Traxxas Slash Radio Controlled truck.”

The presence of the world’s leading manufacturer of hobby-quality radio control vehicles will be known throughout the Ultimate OFF-ROAD Expo as they pull out all the stops for Traxxas Radio Control fun with products, contests, prizes, the Traxxas Girls, incredible, high-flying demonstrations at each of the Stadium SUPER Truck events throughout the season. The interactive Try-Me Track will give thousands of race fans the opportunity to take the wheel of a Traxxas Slash and put it through its paces on its very own off-road obstacle course.

Keep up with all the latest news and results on Robby Gordon OFF-ROAD’s Stadium SUPER Trucks Series by liking us on Facebook at http://facebook.com/StadiumSuperTrucks as well as following us on Twitter at http://twitter.com/SSuperTrucks. All information including where to purchase your tickets for the 2013 season can be found at http://www.stadiumsupertrucks.com.

ABOUT TRAXXAS
Traxxas has been engineering and building the world’s fastest and most innovative Ready-To-Race® radio-controlled performance machines since 1986. Traxxas models are fully assembled with powerful, feature-rich radio systems and are ready to drive in just minutes, even the 100mph Traxxas XO-1. Traxxas Performance, durability, and world-class customer support all come together to deliver award-winning radio-controlled fun that’s designed to last for years to come. With cars, trucks, boats and helicopters, there’s a fun Traxxas model for everyone. Traxxas®. The Fastest Name in Radio Control.®

ABOUT STADIUM SUPER TRUCKS
Robby Gordon OFF-ROAD is a new breed of off-road featuring live motorsports, bringing back what was once the concept of legendary racer Mickey Thompson. Robby Gordon¹s new concept of Stadium SUPER Trucks involves high-powered off-road trucks racing side-by-side on challenging dirt tracks consisting of huge jumps, crossovers and tight corners. Comprised of 12 heart-pounding races providing action in the greatest venues across North America. Professional drivers race for a huge Championship purse, the biggest in off-road today. Other classes involve BIGFOOT® Monster Trucks and SUPER Buggy racing all held in stadiums that will keep you on the edge of your seat!

All 12 events in 2013 will be televised via tape delay and featured on NBC: seven on NBC and five to be televised on the NBC Sports Channel. Check local listings for channel and times.