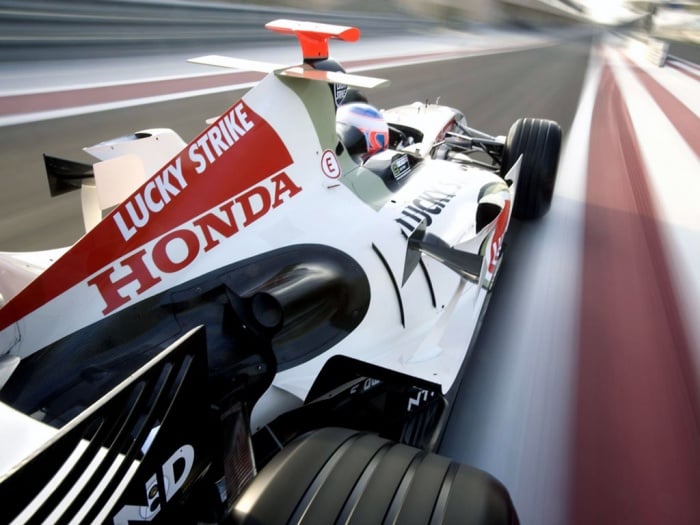 McLaren team principal Martin Whitmarsh has left the door open for a switch to Honda F1 engines in 2015 after refusing to confirm that it will continue with Mercedes beyond next season.

Honda sources have confirmed to AUTOSPORT that it plans to return to Formula 1 as an engine supplier to McLaren.

But while the new turbocharged 1.6-litre V6 powerplants will be introduced next season, a McLaren-Honda isn’t expected to be on the grid until 2015.

McLaren currently has the option to run Mercedes engines until the end of 2015 as part of the deal in which it bought back the 40 per cent stake that the German manufacturer owned of the team, which was completed in 2011.

This means that McLaren is free to make a switch to Honda F1 engines, which it is set to do in 2015.

When asked by AUTOSPORT whether he could confirm that the team would run Mercedes engines in 2014 and 2015, Whitmarsh said: “I can definitely say that we are with them for some time, we have a contract and we have been talking about it for some time.

“There is nothing to announce at the moment. I can’t elaborate any further.

“We have a contract that covers the next three seasons at the moment and we will certainly go into next year with Mercedes-Benz.

“We have a long and successful partnership with them.”

Whitmarsh added that talk about new engine suppliers coming into F1 can only be good for the sport.

Three engine manufacturers – Ferrari, Mercedes and Renault – must supply all 11 teams in 2014, but from 2015, Honda is set to make it four.

“We have read the stories about Porsche, Hyundai and Honda and I think they are to be encouraged,” said Whitmarsh.

“The sport needs new automotive manufacturers to come in and if we can help that in any way, we will do so, but at the moment we are very focused on our partnership [with Mercedes], which has been a very good partnership.

“We are going to try and win championships with them in the future.”