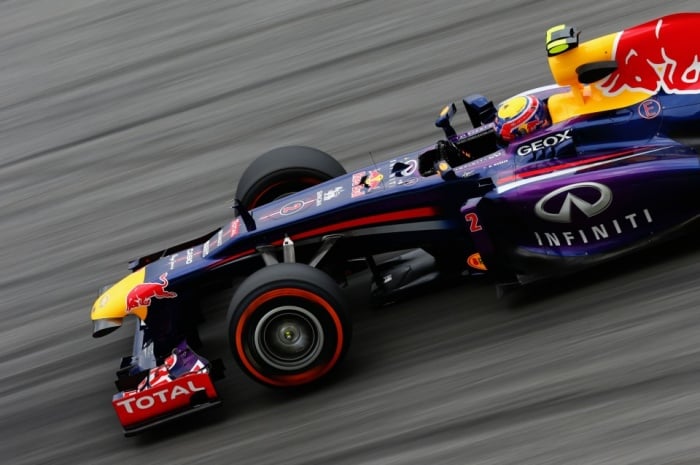 Just behind, the Mercedes pair of Lewis Hamilton and Nico Rosberg enjoyed a similarly tight scrap for third place, with the British driver eventually edging his German team mate for the final spot on the podium.

Seb took the chequered flag for his 27th career victory, with Mark coming home second ahead of Lewis Hamilton.

Sebastian now leads the Drivers’ Championship table with 40 points, while Mark moves up to third with 26 points, five points behind Kimi Raikkonen.