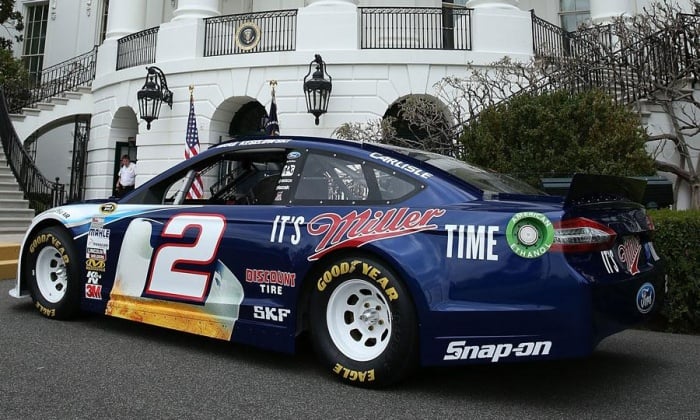 After honoring Sprint Cup champion Brad Keselowski at the White House Wednesday, President Barack Obama did something else that is popular with some NASCAR fans.

He said even he enjoyed seeing someone other than five-time champion Jimmie Johnson win the title last year.

Near the end of their visit, Obama told Keselowski he was glad to see a different champion. Johnson had visited the White House multiple times as champion.

“I was getting tired of seeing Johnson all the time,” Obama said.

That evoked some laughs as Johnson had won five consecutive titles from 2006-2010 before Tony Stewart snapped the streak in 2011.

Keselowski, who beat Johnson for the title last year, was the first new champion since 2004.

“All the drivers in NASCAR bring great joy to their fans, great competitive spirit to what they do every day,” Obama said. “It is a unique American sport and we are so proud to support it.”