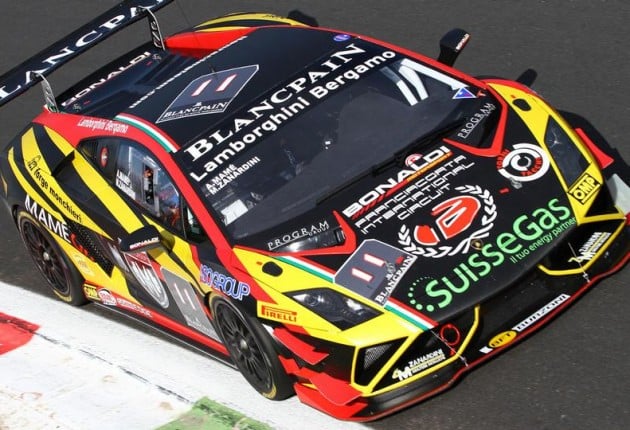 Andrea Mame lost his life in an accident at the start of the first Lamborghini Blancpain Super Trofeo race at Paul Ricard Circuit on Sunday.

“It is with great sadness that Automobili Lamborghini confirmed that a fatal accident occurred to driver Andrea Mame in the first Lamborghini Blancpain Super Trofeo race at Paul Ricard this morning. Immediately following the start of the first race at 0920hrs this morning, a serious first lap accident involving five competitors caused the race to be red-flagged. Medical and safety teams were immediately on the scene to attend to the cars involved,” Lamborghini said in a statement.

Andrea Mame achieved a best result of 4th this season at both Silverstone and Monza. They sat in third overall heading into the double header at Paul Ricard.

“Andrea Mame was a passionate, competitive and immensely popular driver who had been a mainstay of Lamborghini Blancpain Super Trofeo racing for the past two seasons. Automobili Lamborghini’s immediate priority is to support Andrea’s family at this difficult time,” said Lamborghini.

The Italian driver was born in 1972, and according to his website was an avid hunter and deep sea diving in addition to his motor racing exploits.

The Lamborghini Super Trofeo events at Paul Ricard were cancelled with strong support from competitors, and the Blancpain Endurance Series Lamborghini teams withdrew their entries from their races later in the day.

No information has been released at this time about the circumstances of the accident, except that it involved three other cars, and all drivers involved were transported to medical centers. One driver, Autocarrozzeria Imperiale’s Andrea Solimè was airlifted to hospital, and is still there, but remains in satisfactory condition.