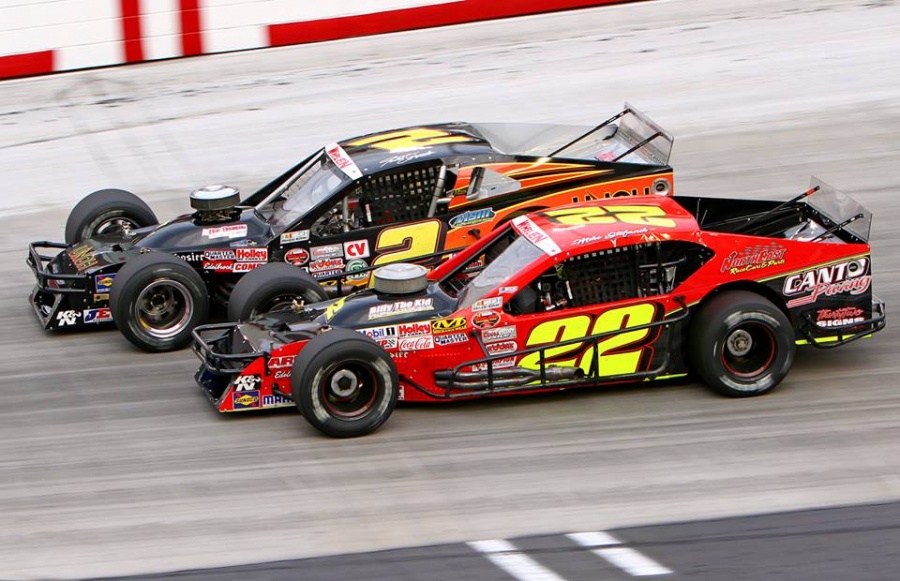 Mike Stefanik extended his Whelen Modified Tour career win record to 74 in the first leg of Bristol Motor Speedway’s Wednesday night doubleheader, but the 55-year-old ranks his first victory at the World’s Fastest Half Mile near the top of the list.

“This is way up the ladder. I’m being cool right now, but I’m freaking out inside,” said the Coventry, R.I. native. “This is a huge, huge victory in my arsenal of victories – right at the top if not the top. I’m really going to try and savor this.”

Open wheels and high banks combined for a frenzied 135 laps around the concrete oval, as Mike Stefanik battled Todd Szegedy and Cup regular Ryan Newman for much of the TitanRoof 150, shortened by 15 laps because of a time limit.

“We were wheel-to-wheel racing,” said the seven-time Whelen Modified Tour champion. “There was some bumping and rubbing with Todd but nothing we couldn’t handle. It’s not a game of inches here, it’s hundredths of an inch.”

Hinting that this might be his last complete season on the Tour, Mike Stefanik voiced conflicting emotions following his second win of the 2013 season.

“I’m so elated to win here at Bristol, but it’s also a relief just to win,” said Mike Stefanik in his post-race press conference. “This game is so emotional, so intense, so frustrating. It’s not like I can’t do it or I’m too old to do it, but there comes a time when you just have to say it’s time.”

Szegedy piloted his UNOH-sponsored Ford to his second runner-up finish of the season with Ron Yuhas Jr., Ryan Preece and Newman rounding out the top five.