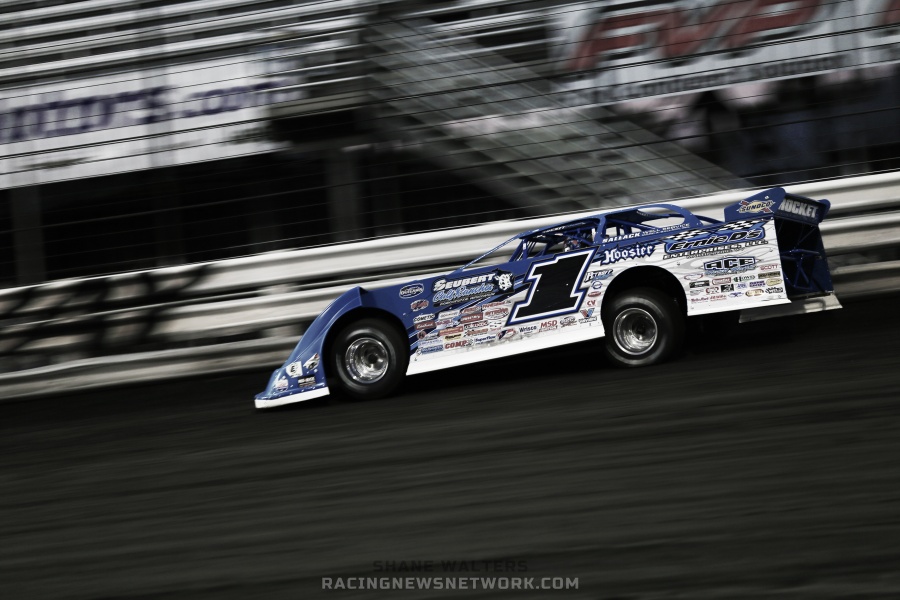 Josh Richards Photos From Night 1 of the Knoxville Nationals Below

KNOXVILLE, IA – In his first visit to Knoxville Raceway since 2010, Josh Richards captured the opening night of the 10th Annual Lucas Oil Knoxville Late Model Nationals presented by Casey’s General Stores. Richards took the lead from Brandon Sheppard on lap eight and led the remainder of the race, for the $7,000 victory in the Lucas Oil Late Model Dirt Series-sanctioned event.

“It’s great to be back here, I love this place! It’s hard to believe it has been three years!The track was great as always, and it’s one of my favorite tracks, no doubt,” said Josh Richards the 25-year-old racer. I could hear him (Lanigan) a few times, but I just kept my line. I had a couple of issues in turn two and he was able to pull along-side me a few times.”

Sheppard took the lead at the start of the 25 lapper and looked dominant in the early going. A red-flag for a multi-car accident involving Jimmy Owens, Dennis Erb Jr., and Joel Callahan halted the action with seven laps complete. All drivers escaped unharmed, but their cars were done for the night.

When the race went green again, Josh Richards made the pass for the lead on Sheppard. Richards then had to fight off several challenges from Lanigan as he held the lead to the finish. Feger made it close towards the end, rallying on the topside to earn a podium finish.

“We had a really good car! He (Richards) was just a tick better tonight! We aren’t used to this hard-tire rule, but it’s the same for everyone!The crew did a great job. The track was great as always here! We got some good points tonight, so we’ll tune on the car even more tomorrow,” said Lanigan.

Feger nearly stole the win from the top two, but his efforts came up just short. “We really like running here! That berm was a little tricky tonight, but we had a good car,Like Josh and Darrell said, we have to get used to these harder tires. My car was better as the race went on. I think with some more work we can win one of the next two nights,” said Feger.

The Lucas Oil Late Model Dirt Series will return to action tomorrow night for the second preliminary night at the Lucas Oil Late Model Knoxville Nationals presented by Casey’s General Store. There will be RED BUCK Time Trials, Heat Races, last chance races, and another 25 Lap main event. The weekend will conclude on Saturday, September 28th, with a D-Main, C-Main, B-Main, and the $40,000-to-win 100-Lap main event. For more information, log on towww.knoxvilleraceway.com.

For the latest breaking news on the Lucas Oil Late Model Dirt Series, log onto www.lucasdirt.com and follow the series on www.facebook.com/lucasdirt and www.twitter.com/#!/lucasdirt.