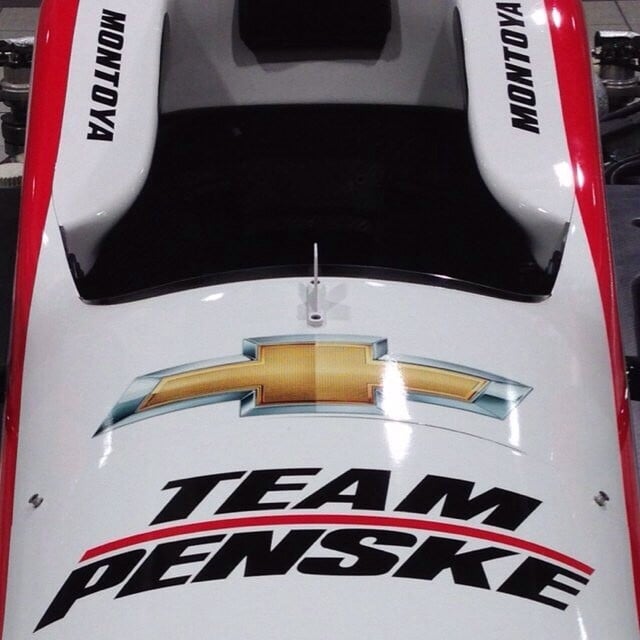 (SEBRING, FL) – Juan Pablo Montoya Indycar test took place yesterday. The driver was anxious to get to work Monday as he turned his first laps as driver of the No. 2 Dallara/Chevrolet for Team Penske. For the first time since 2000, Montoya got behind the wheel of an IndyCar as he performed well during a full day of testing with his new team at Sebring International Raceway.

Team Penske teammate, Will Power, ran 10 laps on the Sebring road course to set up the Team Penske car before handing the reigns over to Montoya – the former CART Series, Formula One and NASCAR standout that was announced as a new addition to Team Penske back in September. In the morning session, the 38-year-old Colombian driver ran a total of 20 laps, the fastest of which was less than half-a-second off Power’s top time.

“I still don’t believe it that I’m here, to be honest with you,” said Montoya, who won the 1999 CART title and the Indianapolis 500 in 2000, his last season racing an Indy car before he joined Formula One. “You look at it. I look at the car and everything – my name on the car – it’s really exciting. It’s nice because of there’s been excitement from everybody that I’m coming back to open wheel. It is exciting for me as well.”

After talking with gathered members of the media at Sebring during the lunch break, Montoya and Team Penske got back to work in the afternoon session. Montoya continued to get comfortable with the Team Penske machine and he was able to eventually surpass the fast lap time established by Power before the day’s activities came to a close. Team Penske and Montoya will return to the Sebring circuit on Tuesday for the final day of the landmark test.

“It’s exciting that they’re here and willing to help,” continued Montoya. “That’s what Team Penske is all about. Really, everybody works together to get me up to speed as fast as I can. The faster I get up to speed, the better it is for everybody.”

Montoya will make his Team Penske debut in the opening race of the 2014 IndyCar Series season at the Grand Prix of St. Petersburg on March 30. Montoya will participate in several more test sessions with the team over the next several weeks to continue his preparation for the 2014 season.