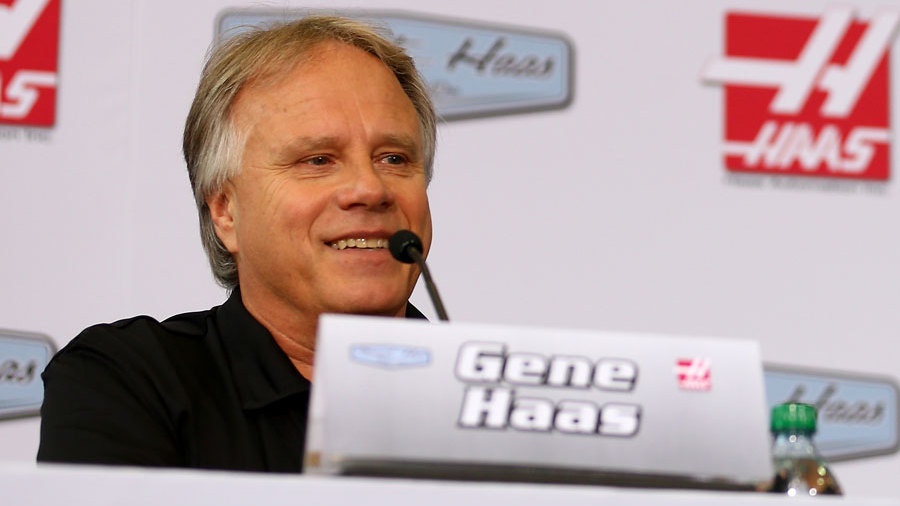 The Gene Haas F1 Team has a strong possibility of making it to the starting grid in 2015. Today, Formula One boss Bernie Ecclestone backed the possibility.

“I think Haas will be accepted,” he told The Independent newspaper.

Formula One is opening up another spot on the Formula One starting grid in 2015. Multiple new teams have applied for the spot. It appears only 1 of which will be excepted.

Gene Haas is currently part owner of an American NASCAR Cup Series Team. Stewart-Haas Racing is one of the top tier teams of the sport. They fill seats with drivers Tony Stewart, Kevin Harvick, Kurt Busch and Danica Patrick. One of only a few four car operations.

“They have got the money but it’s a question of whether they are going to spend it,” says Bernie Ecclestone.

Bernie pointed out the Haas F1 Team is currently the frontrunner of teams to be excepted. Ecclestone went on to warn Haas of the dollar investment it takes just to get a team up and running. A team that will likely run in the back of the field for several seasons.

“A billion would last a new team owner four year. I’ve spoken to Haas but I don’t know what they are going to do. It’s America, so I don’t know.”

The F1 grid has lacked an American based team for years. We’ve been down this road before, the last attempt was a failure.

The USGP Team tried to make a go of it. Operating out of Charlotte,  several million dollars later they produced a single carbon fibre chassis that was far from complete. Missing the starting grid and thus fell apart completely.

The Haas F1 Team is only just beginning a conversation. It’s not even sure they would operate out of the US. Many believe if you want to run a F1 team is has be based in the UK, surrounded by all the other teams.

Not much different than the logic applied to the NASCAR Racing circuit. Most of these stock car machines sit in Charlotte, NC. The headquarters for everything NASCAR. Windtunnels, chassis manufactures, parts manufactures, chassis dynos and everything needed to run a team is within 30 miles of Charlotte.

The same goes for the F1 teams run out of the UK. It just makes running a competitive team a little easier when everything you need is in your backyard.

This even goes for the people knowledgeable on the sport itself, the team of people you’d want to employ on your team. These guys don’t live in Charlotte they live in the UK. Charlotte has plenty of talent but they know ovals, close to a different sport completely. Everything about a Charlotte operation puts the Haas F1 Team at a disadvantage.

From a marketing standpoint a Haas F1 Team makes sense. Perhaps Gene Haas sees a 200mph billboard on wheels and a worldwide audience of eyes. Putting Haas Automation on the side would certainly help grow his business internationally if that is his overall goal. Perhaps that and an overall love of racing could help cover the outrageous costs of a F1 team.

The Gene Haas F1 Team would likely operate in Charlotte next to or directly out of the Stewart-Haas Racing shop. This would be great for open wheel racing fans in the United States. While an uphill battle for the team it would give F1 an even larger American audience. The timing is perfect with the recent success of the new Austin Grand Prix.

Gene Haas is looking for rule changes in F1