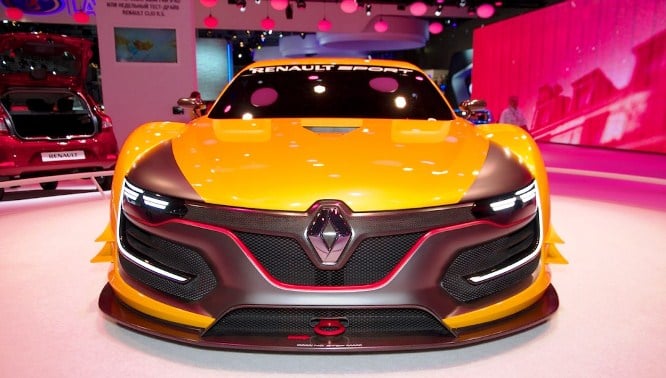 Renault RS01 is a racing car of spectacular styling and exceptional performance. With a design inspired by the world of concept cars and governed by an absolute pursuit of aerodynamic downforce. The Renault RS01 is built with a Nissan GT-R engine.

Renault RS01 is a radical expression of the brand’s sporting DNA. Its technical specifications reflect the best of Renault Sport expertise. With a carbon monocoque chassis for a weight of less than 1,100 kg and an engine developing over 500 hp. It is able to reach a top speed of over 300 kph.

From 2015, the Renault RS01 will be one of the stars of World Series by Renault in a new championship, the Renault Sport Trophy, a springboard for the professional GT and Endurance championships.

A car to thrill at first glance, Renault RS01 sets out to be one of the world’s most efficient GT racers. With every stroke of the design pen, in the body lines and in the detail, the aim was twofold : to make Renault Sport R.S. 01 an iconic Renault vehicle, and to contribute to track performance through a constant quest for aerodynamic efficiency.

An organizer of motorsports events for 40 years, Renault Sport is entering a new phase with Renault RS01 suoercar. The new car will add a fresh dimension to customer sport and to talent-spotting among pilots and amateur drivers.

Renault Sport R.S. 01 will compete in the Renault Sport Trophy championship, an event built to measure. This one-design series, which will be part of the World Series by Renault from 2015, will be a new opportunity for “Pro-Am” teams, and a gateway to the GT, DTM, ELMS and WEC championships.