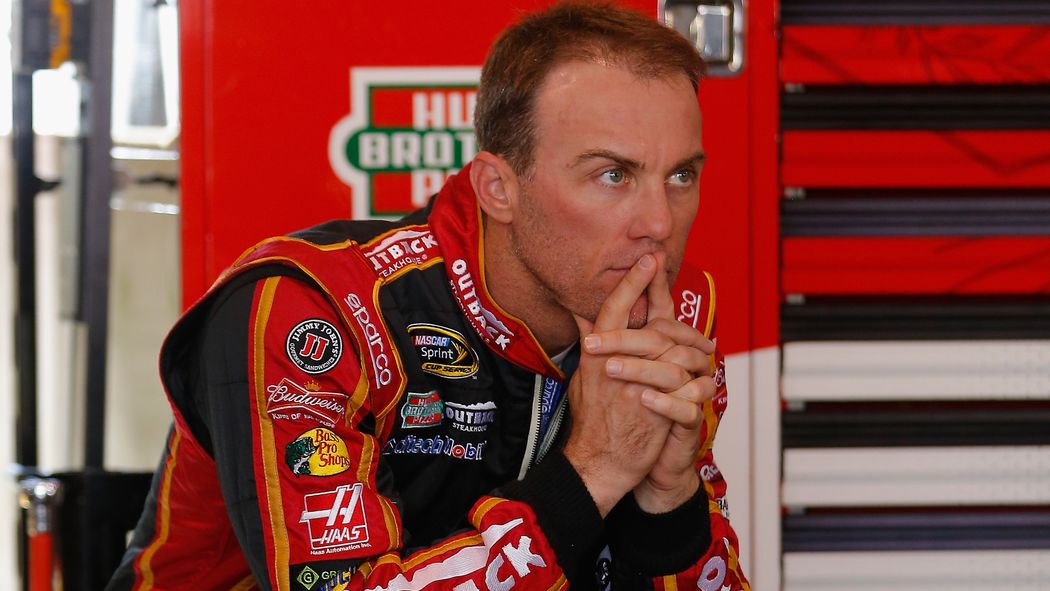 2014 NASCAR Champion Kevin Harvick after thrilling event at Homestead Miami Speedway. All four remaining chase contenders found themselves toward the front for the majority of the event.

Jeff Gordon looked to have the dominant car early. However, a last race pit stop forced him to charge toward the front, coming up short.

After ensuring he would be one of four drivers eligible to win the NASCAR Sprint Cup Championship with a clutch victory last week at Phoenix International Raceway, Kevin Harvick upped the stakes Sunday.

The man who began his career by replacing Dale Earnhardt in the Richard Childress Racing stable in 2001 won what had previously been just out of his reach. After finishing third in the final standings in three of the previous four seasons, Harvick left the comfortable RCR confines for the unknown atStewart-Haas Racing before 2014.

The move proved to be championship-winning as Kevin Harvick is now crowned the 2014 NASCAR Champion with Stewart-Haas Racing.

Sunday’s 2014 finale was the culmination of a brand-new postseason that saw 16 drivers advance to the Chase, with four being eliminated every three races in a series of rounds.

The Challenger Round began with all 16 drivers, and ended after Dover with Kurt Busch, Aric Almirola, AJ Allmendinger and Greg Biffle as the drivers eliminated.

The Contender Round brought perhaps the biggest surprises, as Hendrick Motorsports lost three of its four competitors in six-time champion Jimmie Johnson, Dale Earnhardt Jr. and Kasey Kahne. Kyle Busch was also ousted in this round, a wreck at Talladega sending him from second in the standings to outside the cutoff line.

The Eliminator Round, which concluded last week at Phoenix International Raceway, sent Jeff Gordon, Brad Keselowski, Matt Kenseth and Carl Edwards out of the postseason and set the stage for Sunday’s thriller.