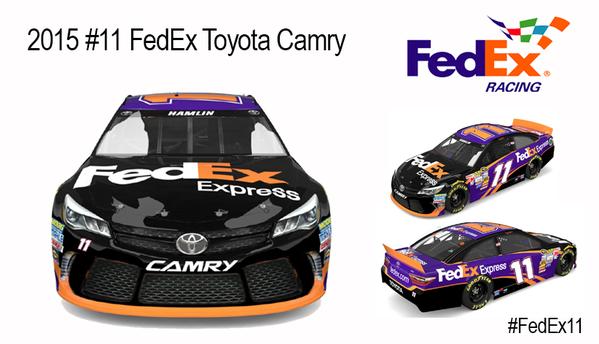 A fresh ride for @dennyhamlin to make a run at the title again next year. First look at the 2015 FedEx #11

Denny Hamlin has been sponsored by FedEx. Running the NASCAR FedEx paint scheme since his 2005 debut at Kansas Speedway.

The Joe Gibbs Racing driver Denny Hamlin capped off this season by running third in the Sprint Cup Series standings. He closed out the season at Homestead-Miami Speedway where he finished 7th. Denny Hamlin was one of four drivers to compete for the NASCAR Sprint Cup Championship in the final round.

See the Denny Hamlin 2015 No. 11 FedEx Express Toyota Camry — it has a heavier dose of purple next year.